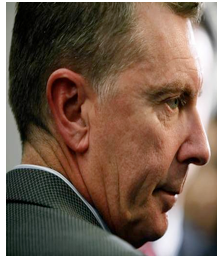 As a parent, I know well the face of temper tantrums.  The process of growing up is in part about getting your emotions in control; some of us learned that lesson better than others.  Dr. Deasy is on record multiple times as tantruming in public.  But that’s only the least of his flaws.

From my perspective, more important than the superficial lack of control is the sub-surface over-control that denies transparency to the members of his vast constituency.

And the foggy thinking and clouded perspective that does not see the distress in front of him.

All across this school system are children whose needs are being squelched and ignored in favor of some artificial theoretical agenda that simply is not working. The bottom line is, our children have fewer and fewer opportunities for any education at all, much less an enriched one nowadays.

We all of us know this model of schooling.  There is a core curriculum – not that slick PR term for classroom-antics-designed-principally-to-funnel-preparation-dollars-into-corporate-testing-service-products – but a real core of common knowledge taught, and learned, in History, Literature, Math, Science and a foreign language.

But our schools have shrunk so in capacity, this old system just hardly exists at all anymore.  Music programs are all but gone, except in exclusive programs designed specifically to highlight them.

Children are not allowed to play in an orchestra just for the sake of learning to build something beautiful outside of themselves, as part of a society.  It’s not part of the blasted-bones rattlely-bare basics of “no-excuses” English-and-Math.

Same for drama and art and now, frankly, even for fundamental science like physics  … (what, exactly, is “conceptual physics”, being pushed by the impending PR-type “common core”?  Its chief virtue seems to follow from being an incarnation so watered down as to be teachable by cheerleaders straight from an “environmental science” major in teachers’ college, as opposed to a graduate of an academic school of higher learning who majored in the actual subject of physics?)

This kind of enriched schooling cannot return if there are no teachers present.  Rather than hiring actual teachers and support staff for the educational community, Deasy leads the charge of a group of “education reformers” who have whipped a story from thin air of culpability and accountability for circumstances they poorly understand or account for.  In fact, LAUSD is in shambles, with unsupervised and underperforming charters proliferating all around, siphoning resources from the remaining few district schools LAUSD is mandated to run.

It would be nice if Dr Deasy himself were held accountable for his own temper tantrum:  Dr. Vladovic was elected chair of the LAUSD school board.  We are waiting to experience the promised consequences of this vote.  It is hard to imagine how his departure could herald worse circumstances than his tenure has brought already.

(Sara Roos is a politically active resident of Mar Vista, a biostatistician, the parent of two teenaged LAUSD students and a CityWatch contributor, who blogs at redqueeninla.wordpress.com )