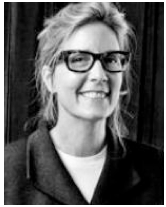 PLANNING POLITICS - In previous CityWatch columns on “Debunking Green McMansion” I explained that in 2008 the City of Los Angeles adopted an ineffective citywide ordinance, the Baseline Mansionization Ordinance.

As a result of this sabotage, McMansions, those oversized, boxy houses erected in many Los Angeles neighborhoods during the past few years, continue to be approved, built, and flipped.  Furthermore, in 2011 the City adopted a second citywide ordinance to regulate McMansions, the Hillside Mansionization Ordinance (HMO).  It, too, has failed to stop McMansions because of its loopholes.

The response of City Hall to the continued approval and construction of McMansions can be summarized as “Don’t believe your lying eyes.”  While McMansions continued to be built and flipped by the hundreds, many Council newsletters and media reports trumpeted the City Council’s success in adopting two ordinances that addressed mansionization.

Furthermore, as I explained in these previous columns, the Baseline Mansionization Ordinance primarily allows new McMansions through its sham “green” bonus.  When contractors claim they are building a McMansion according to green architectural standards, Building and Safety and/or City Planning gives the project an automatic 20 percent bump up in floor area.

I also explained that these green bonuses do not require contractors to demonstrate that their big, boxy houses use any less energy than other single-family homes.  Unlike other jurisdictions, the houses are never tested for energy savings, potential evidence, such as electric, gas, and gasoline bills, are never considered when the City dishes out green McMansion bonuses to contractors.

At the time I wrote these columns, I argued that that Baseline Mansionization Ordinance’s green bonus was a scam because McMansions are simply not energy efficient.  You can paint them white, insulate their water pipes and walls, and incorporate a myriad of other “sustainable” bells and whistles.  You also can install a garage plug for a future electric car and leave an empty spot on the roof for a future solar array.  But, no matter what you do, McMansions are and will be energy hogs responsible for considerable Green House Gas emissions.

Furthermore, their biggest environmental sin is that McMansions encourage private cars for personal transportation, usually SUV’s or other huge vehicles.  Furthermore, McMansions promote excessive automobile use by incorporating suburban style two-car driveways and double garages at the front of the house, close to the street.    When you add on their electric gates, heated pools and spas, lavish appliances, and 24/7 heating and air-conditioning, the McMansions could never pass an energy-efficiency test to obtain a building permit or certificate of occupancy.

But, on some accounts I confess to have been wrong in those previous columns.  I assumed that City officials were actually examining building plans and inspecting houses for the “meaningless” green architectural features I dismissed.   But, I can find virtually no evidence that these reviews took place.  More specifically, according to the Baseline Mansionization Ordinance, all McMansions constructed from August 2008 through January 2011 could request a green 20 percent FAR bonus.  All of these requests were to have been carefully scrutinized and approved by the Department of City Planning to ensure the plans were consistent with LEED for Homes (i.e., rigid architectural standards prepared by the U.S. Green Building Council) based on building plans prepared by a LEED approved architect.

Therefore, nearly all of the hundreds to possibly thousands of McMansions “legally” permitted and constructed during this 2 ½ year period should have demonstrated the following to the Department of City Planning, based on Section 12.08.c.5 of the Los Angeles Municipal Code, to obtain their certified “green” McMansion building permits.

1)    Substantial compliance with the requirements of the US Green Building Council’s LEED for Homes at the Certified level.  (Note: the Certified level is the lowest approval category, and much easier to obtain that the tougher Silver, Gold, and Platinum levels).

2)    Documentation that the project registered and paid fees for the LEED for Homes Program.

3)    A preliminary checklist from an approved LEED for Homes Provider.

5)    If there any changes to the plans, the above four steps must be repeated.

Guess what?  The US Green Building Council just happens to maintain a full national directory of all US homes certified through their LEED for Homes program.  NO Los Angeles McMansions are on the list.  Nada.

Since it is possible that City Planning and Building and Safety only confirmed that the LEED for Homes measures were present on building plans, I also checked to find out how many houses the City of Los Angeles reviewed and approved through LEED for Homes.  Thus far, neither city Department can locate any data.  City Planning guesses that between 6-20 houses were reviewed, while Building and Safety has no idea of the number or location of houses reviewed and inspected to confirm that their legally required LEED features were present.

Meanwhile a quick peek at McMansions constructed between 2008-2011 in Los Angeles reveals that virtually all of them needed the LEED bonus to legally obtain their building permits.  Contractors skipped the other two bonus options, a stepped-back second story or a heavily articulated façade, because they increase construction costs.

In January 2011 the LEED “certified” requirement was dropped.  To now receive the 20 percent “green” bonus to build a McMansion, the City of Los Angeles requires compliance with Tier One of the Green Building Ordinance (LAMC 12.08.C.5 (c) (5).  These are strict architectural requirements intended to match or even exceed LEED for Homes at the certified level.

Based on the same, simple visual inspection technique, the hundreds to thousands of McMansions constructed throughout Los Angeles since January 2011 could have only been approved and constructed by complying with 20 pages of detailed Tier 1 requirements of the Los Angeles Green Building Ordinance.  Since this “green” approval process is hidden from public review, it is impossible to know if this is happening at all, but two things are painfully obvious.

First, the Green Building Ordinance’s Tier 1 has detailed demolition requirements, and contractors routinely flout them.  The builders simply bring in a bulldozer and demolish a house and trash its landscaping within a few days.  All that is left is piles of dead trees and rubble, some of it toxic because of lead paint and asbestos, until the dumpsters are filled and the debris is carted away off to a landfill.  Such Green Building Ordinance requirements as protecting plants and soil, or carefully sorting out all building materials, is usually ignored for all to see, including Building and Safety inspectors, if or when they check out the site.

This is the bottom line.  Despite our lying eyes, there does not appear to be any official records identifying which McMansions, if any, received their building size bonuses through LEED or through the Los Angeles Green Building Ordinance.  Maybe they did or maybe they didn’t, but either way no officials at the City of Los Angeles – so far—seem to know or care.

For that matter, there does not appear to be any public records of how many McMansions were permitted in Los Angeles through the Baseline Mansionization Ordinance, from 2008 to date.  But, despite official records, the numbers are quickly adding up and many neighborhoods, such as Beverly Grove, where I live, are being plundered.  We now have about 120 McMansions, about half below Third Street, where the City is now preparing an overlay ordinance to stop McMansions.  The other half is between Third and West Hollywood.

Conclusion?  The McMansions are all there for anyone who believes their lying- eyes.  While their building permits are visible on-line, the approval process required by the Los Angeles Municipal Code (LAMC) remains completely opaque, especially in the last few years, when the Los Angeles Green Building Ordinance replaced the seldom-invoked LEED requirement.

Explanation?  Since former Councilmember Jack Weiss dreamed up the “green” bonus as a gimmick to allow McMansions to be constructed without interruption, maybe the spirit of his brainstorm, continuous mansionization, not the actual provisions, prevails.  Why should the City’s Departments of City Planning or Building and Safety bother enforcing such humdrum technical details as LEED for Homes or Tier 1 of the Green Building Ordinance, when their actual purpose is to keep the mansionizers’ business model intact?

This also suggests that most McMansions were not permitted or built legally, certainly from August 2008 to January 2011.  There should be official records of hundreds and perhaps thousands of McMansions that were reviewed by City Planning and Building and Safety to confirm that they met legal criteria for LEED for Homes or for the Green Building Ordinance.

Is there a remedy for these shenanigans?  Certainly.  The green bonus should be scrapped because even if it were properly enforced and inspected, it can never produce a green McMansion.  It was, is, and will always be a scam.

(Dick Platkin teaches sustainable city planning at USC’s Price School of Social Policy and is a board member of the Beverly Wilshire Homes Association.  He welcomes comments on this article at [email protected].)