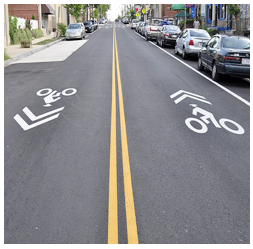 MAILANDER’S LA - I was reminded by the young, monied and somewhat craven futurist-philanthropists at LA2050 this week that long-ago Anglo-to-LA immigrant Reyner Banham was no fool when recognizing the auto's place in LA.

Banham said that to learn LA, he had to first learn the automobile, the way a traveler is obliged to learn a language indigenous to natives.

For the uninitiated, the renowned academic Banham fully flaked and even flaked out when he came to LA. He migrated not only from England to LA, he also migrated from footnotes to Cliff Notes.  After years and years of diligent squirrelly scholarship in England, he wrote a landmark pop book about Los Angeles urban/suburban tropes, "Los Angeles: The Architecture of Four Ecologies," and for this he is best known by the hoi polloi, especially in our pueblo.  I much doubt if nine of ten who have read this book have read any other compendium of architectonic grief by the man--the rest is rigorous reading, and not many are up to it.

(And indeed, the first time I visited Banham's point-of-origin, London, I thought that to best understand it, I might learn the pub language of drunkenness...but no matter).

So who is LA2050 to say these things? I hear you chorus.  They are a youthful philanthropic group that has attracted a lot of attention of late by dangling six-figure carrots in front of some of LA's most hopeful not-for-profit lobbies.  One of which is our resident bicycle lobby, CicLAvia.

The new group on the scene seems, unlike Banham, all too ready to acknowledge a larger place for the bicycle in our future.  For one of their recent "Twitter Parties" on social connectedness, for instance, they partnered not with any particular social media site or transit lobby or peak oil collaborative--but with CicLAvia, LA's pan-American hybrid of the Bogotá-based group Ciclovia, which in that South American capital blocked off streets paved for cars on certain days to bicycle traffic exclusively.  CicLAvia does that here in LA, ergo the namesake.

And that event is generally fun.  But to me it's only fun insofar as it happens every so often, like a marathon, a grand prix or a Super Bowl.  It's not a strategy for day-to-day urbanism--it's a festival, a one-off every now and then, not a way we live.

Nonetheless, there are those pedal-powering among us--almost all of them under 35--who would like to do far more--they would like us to consider the 19th century recreation of cycling as a real transit option--and sharrows are a result of their lobbying efforts.

"Sharrows," a portmanteau of "share" and "arrow" are all over Brooklyn, Berkeley, San Francisco (a uniquely bike-hostile city, for obvious reasons) and everywhere else where the local rental-saturated politburo would rather paint streets with stripes than solve real transit problems.  They appeared on my very own street just last week.

To me, a lifelong cyclist, sharrows border on civic insanity, as an expression of civic arrogance, a kind of appeasement for people who like cars but can still pedal long distances.

I'm a little different than that.  Unlike most of my friends in my age group, I still use a bicycle as much as I use a car.  But as someone who has been cycling LA for very nearly fifty years--first blowing off my training wheels on 129th St. in Hawthorne on a hi-rise Schwinn in 1964--I just don't see cycling as putting much of a dent in LA's transportation trouble, or solving anything at all.

In fact, I see sharrows causing more trouble than offsetting it.  For sharrows especially create more confusion on the very streets that are begging for more clarity.  This is certainly true of the sharrows recently installed on Franklin Avenue in my own neighborhood, on which bikes are encouraged to share a lane with motorists on a narrow bridge and down a swiftly-sloping hill.

It is small consolation to me that as the City is splashed with sharrows, it also recently announced that all of its traffic lights were synchronized.  In fact, a friend called me just this week from La Cienega and Pico--at 9 p.m.--to say that she couldn't possibly meet me for another hour.  "But at least the lights are synchronized!" I tried to cheer her.

I know I need a reality check or two on this kind of thinking--this thinking that bikes might matter to our transportation problem. So I turned to my friend Will Campbell, a longtime maniac cyclist who often features handlebar-videos on various blogs around town, his own included.

I asked him what he thought of the city's movement to tramp-stamp driving asphalt with sharrows.

That's pretty much the way I feel.  The first time I bombed down La Cienega from Sunset I felt the X-Games rush that is attendant to speed and risk.  A bike lane down that ski slope would be completely ridiculous.

"But the trouble is sharrows are cheap and fast," Campbell continued. "At least when compared to Class II bike lanes that require impact studies and can primarily be implemented only onto roadways that conform to acceptable widths, or that can be reconfigured substantially via 'road diets.'  As you've seen on Franklin and St. George, plopping sharrows down is nowhere near as time consuming or bureaucratically complex -- and dang it sharrows look like the city and LADOT is DOING something."

Yeah.  That's what makes me suspicious of sharrows most of all.  They are like billboards for the City--they are the City showing its work.  Rather than actually doing work.

And worst of all, for cyclists like me, they create the illusion of safety in lanes where there is in fact not much of the stuff to be had at all.  My sharrowed street is on a steep hill that is poorly lit.  When there are accidents, they happen at night--when motorists don't see cyclists at all, sharrow or not.

If the sharrow helps a motorist see one cyclist at night he wouldn't have seen otherwise, I'm all for it.  But my guess is that it's more likely a young cyclist sees a sharrow on a dimly-lit hill and thinks, "Whoopie, I've got the right of way!"
I can't get into too many issues here.  To me, there aren't many cyclists like Will and me, homeowners who still brave the streets.  To me, most of the cyclists are renters, and sharrows are a play to them, a street-level billboard saying the City loves you, young renter person, even when it keeps permitting more and more rentals and fewer and fewer single-family homes.  To me, sharrows are a pacifier for newbie renters who just got into town and are spending their parents' pension on increasingly higher rents, with little hope of ownership unless they strike it rich.