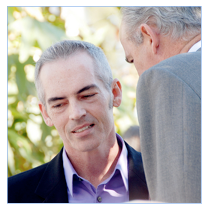 CD 13 RUNOFF ELECTION - Now that we have the final results  in from the City Clerk, it's going to be Mitch O'Farrell and John Choi in the May 21st runoff for CD  13.

Before getting into the runoff, however, a sincere round of thanks to the 12 candidates who ran for office in the no-incumbent Council District 13 race.  The debates were nonstop, the diversity of the candidates was amazing, and the contrasts were real.  Special thanks to newcomers John Post, Sam Kbushyan, and Alexander Cruz de Ocampo, all of whom got over 10% of the vote

In fact, 5 of the 12 candidates got over 10% of the vote.  With the top two vote-getters receiving  slightly under 19% (Mitch O'Farrell) and 17% (John Choi) respectively, this made for a very tight spread in a large field.

So, with less than 60 days between now and the runoff, where do we stand in Council District 13?  The good news is that this will be an election that will matter; there are no pre-appointed termed out lifer politicians cruising to their next gig. Instead, there are very real and fundamental differences between the two remaining candidates.

For political groupies, the money favorite will be John Choi,  Mr. Choi comes to us by way of working as a Senior Area Coordinator for Martin Ludlow, then working for the LA County Federation of Labor as their Economic Development Director, and finally being appointed by Mayor Villaraigosa to the high profile Board of Public Works.  He served on the Board of Public Works for about a year, and was President Pro Tempore.
.
Mitch O'Farrell,  the other candidate for the position, actually managed to obtain about a 2%  lead over Mr. Choi in the primary, even though he was seriously outspent by his opponent.  A look at the Ethics Commission filings shows about $266,000 raised by Mr. Choi, and about $87,000 raised by Mr. O'Farrell.  Advantage Choi by a factor of over 3 to 1.

Mr. O'Farrell represents a quite different vision for the District.  He started out as a community activist in Glassell Park, which was a part of CD13 until last year's debacle of redistricting.  He was prominent in the local homeowners association, and was a moving force in the creation of the Glassell Park Neighborhood Council.   Going to work for Councilman Garcetti  in 2002, he remained on staff until he decided to run for  office in the District.

During his staff tenure, Mr. O'Farrell branched out from representing Glassell Park, and  became more active in other parts of the District including Echo Park, Atwater Village  & Hollywood,.  At the time he left to run for office, held the position of Senior Advisor to Councilmember Garcetti.

My personal impression was that Mitch O'Farrell was always willing to return a telephone call or email, even when folks were unhappy with the Councilmember's position.  He was also willing to show up at meeting and facilitate dialogue between competing interests, and do his best to narrow the disputes even where there was no hope of an agreement.

Finally, a plea to the Community of CD13.  The wild card in this runoff will be voter turnout.  With less than 20% of eligible voters participating in the primary election, no one knows how pitiful the turnout for the runoffs will be.  Whoever you support, please vote!