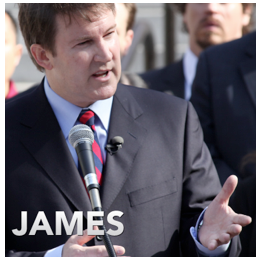 PERSPECTIVE - The results of a survey taken at the conclusion of the CD5 Homeowners Association forum found that over half of the 75 attendees said they would vote for Kevin James for mayor of Los Angeles.

That’s a far cry from an exit poll taken on Election Day where Garcetti and Greuel dominated the tally.
Why two disparate sets of numbers?
One can only speculate, but a reasonable conclusion could be that when voters receive meaningful information through a neutral, well-managed event, they are in a better position to assess frankness, independence, command of the facts and sincerity – in other words, four traits candidate James seems to have in abundance. They are difficult to convey in mailers and scripted TV ads, which is too bad for the former Assistant US Attorney and radio host.
Voters need to drill down beneath the superficial media messages to make informed decisions. If the sole source of campaign information came from personal appearances where candidates faced tough questions in front of the public, the city’s voters might actually elect a handful of capable leaders instead of ones who pander to select constituencies.
There will never be enough forums, much less forums that challenge the candidates to respond to questions covering performance. Thirty-second sound bites, name recognition and glossy mailers from the candidates and their supporters are still the gold standard of influence.  It will remain that way until the media provides in-depth, front-page, top of the hour coverage of debates and forums.
An example of how not to cover a candidate event is Wesley Lowery’s article in the Los Angeles Times about a forum in South Los Angeles.  The dearth of details is embarrassing.  We are fortunate Mr. Lowery was not around to cover the Lincoln-Douglas debates.  Citing Jan Perry’s desire to become a pilates instructor if she loses the election is indicative of a reporter reaching to fill space rather than relate substance.
If James does benefit from Super Pac support, he would be wise to channel some of it into a compilation of his forum appearances.  Voters will be impressed by his composure, vision and conversance of the issues.
For sure, Greuel and Garcetti will use their public union and other vested support to run negative ads in an end run around explaining their failure to manage the city.
(Paul Hatfield is a CPA and serves as Treasurer for the Neighborhood Council Valley Village.  He blogs at Village to Village, contributes to CityWatch and can be reached at: [email protected]) –cw
CityWatch
Vol 10 Issue 99
Pub: Dec 11, 2012