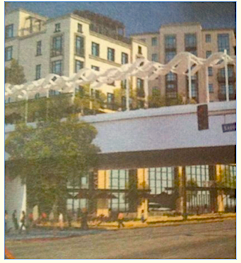 ALPERN AT LARGE - In my previous article that addressed the oversized, Godzilla-like Casden/Sepulveda project that is likely to destroy the mobility and livability of much of the Westside, and which is being slammed into the Planning process against the opposition of Westside City Councilmembers and neighborhood leaders , I noted that the Casden developers were pushing for December 5, 2012 Planning Hearing before the Final EIR even came out.