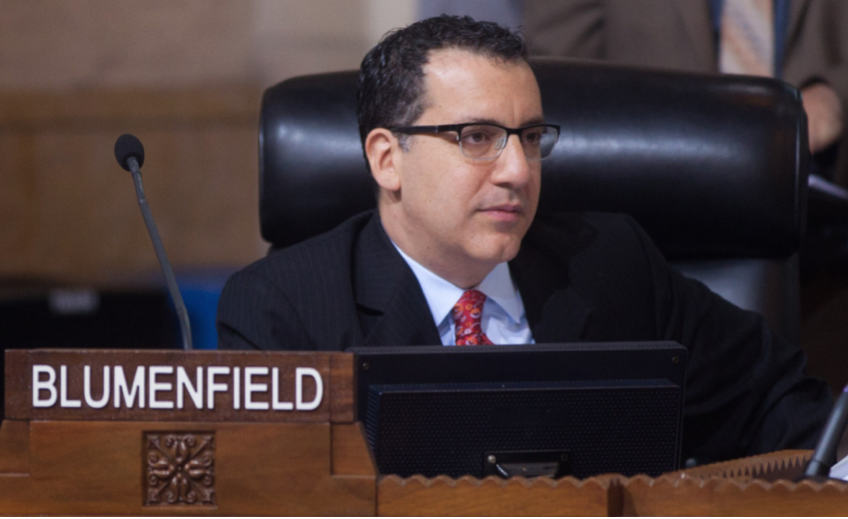 RANTZ & RAVEZ-First, a personal note: When it all began: It was August 1 when a little boy was born into the loving arms of Alice and Phillip Zine. While both Mom and Dad have passed onto Heaven, I will always remember the love and attention they showed me over the many years of my childhood and into adulthood.

Rest in Peace Mom and Dad. Your son did just fine with his education, careers and sons.

God Bless America where we can have ancestors from other parts of the world and be all we want to be with the freedom and opportunities we have, share and enjoy in the great United States of America.

Crime is on a downward trend

LAPD Chief Michel Moore is expected to make some significant changes in the re-deployment of police personnel and resources throughout the City of Los Angeles in the next few months. The change should be a valuable tool in the continuing trend of reducing crime throughout the city. We will all see how it works out. As far as crime statistics are concerned, the most recent reports reflect a continuing trend set by retired Chief Charlie Beck. Here are the numbers for your review.

As I predicted, the number of LAPD Officers has been reduced. The LAPD is currently at 10,000 sworn police personnel. Hopefully, the numbers will remain at this level for the immediate future. The visibility and ability of officers available to patrol the streets of Los Angeles and respond to your calls for service are very important for your safety and the safety of your community. Remember that LA City is divided into 15 city council districts and each district is entitled to the same level of safety and service. While some areas are paying much higher property taxes than others, all Los Angeles residents and business owners deserve the same level of service, including prompt response to radio calls and visible patrols in the communities. For one, I am always happy when I see a B/W unit in my neighborhood on patrol. When you see a police unit in your community, wave and let the officers know that you appreciate their presence.

You voted to increase your property taxes and they promised to reduce the homeless population in Los Angeles. But the more they talk and the more money they collect, we hear the same old promises and see very little improvement for the homeless individuals who are living and sleeping on the sidewalks throughout Los Angeles.

Like most of you, I have supported the various causes and groups attempting to assist the homeless in and around Los Angeles. I even became a board member of an organization founded to address the needs of the homeless in the San Fernando Valley. The homeless population in our city is not improving, despite all the money, time and energy spent recently to improve the situation. While this year’s annual homeless count (I have been involved in all of them) reports a slight reduction in homelessness, the reality is that the visual sight of the homeless in our city is increasing, not reducing. I know how the numbers are calculated and the slight improvement reported is simply what some say is FAKE NEWS. The bottom line is very simple: With millions upon millions of dollars being collected to address the exploding homeless population, the result is a complete failure by state and local government officials. I have real answers and will review them with you in future RantZ and RaveZ.

How about some RaveZ for Councilman Bob Blumenfield

I know that I am rather short on RaveZ in my columns. While I am always on the lookout for the Good News, I often find more negative than positive. So, here is a good one for you to consider. Bob Blumenfield, who is the Third District Los Angeles City Councilman, has welcomed me into his office as his Official Ambassador to the community. While the position is voluntary and without official city ties, it affords me the opportunity to keep the councilman informed of activities that should be brought to his attention. Since I currently serve on multiple community Boards of Directors, I stay informed about the community’s many concerns such as crime, traffic, homelessness, taxes and a number of other civic issues. It’s a win-win for me, the Councilman and the community. Like they say, “Happy to be of service.”

FREE to all DWP Residential and Commercial Customers

Councilman Blumenfield has announced the return of a great DWP program for valley residents and business owners. Starting July 1, the DWP will provide the following services FREE of CHARGE to you: Air Filter Replacement, Cleaning of Outdoor Coils, Refrigeration charge check and adjustment and incentives of up to $150 for the purchase and installation of a programmable thermostat with HVAC replacement. I took advantage of this program and saved money and have a great working air conditioner unit. For additional information contact (213) 367-3614 or (213) 367-4019. Remember it’s free!

More RaveZ for Councilman Bob Blumenfield will come in future RantZ & RaveZ columns. I welcome your comments at [email protected]