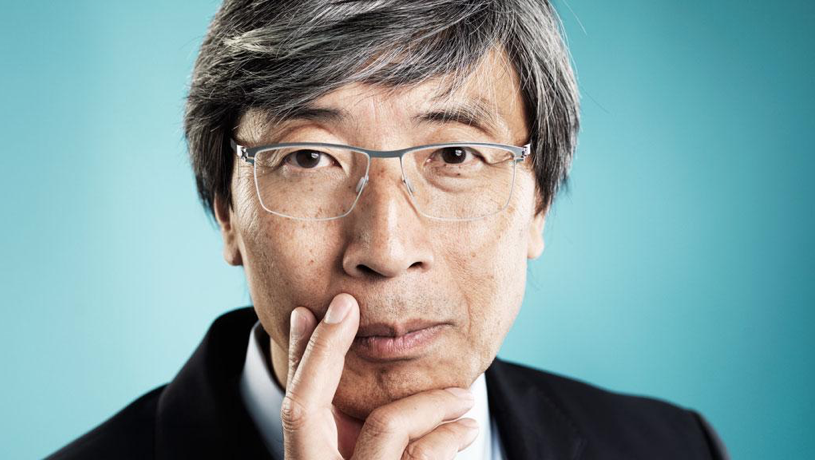 @THE GUSS REPORT-Kudos to Dr. Patrick Soon-Shiong for his stated purpose in buying the Los Angeles Times, San Diego Union-Tribune, Spanish language Hoyand several small community newspapers: to not only save local journalism but allow it to thrive.

That is heroic. Hard stop.

Bigger kudos belong to Tronc which, as of Monday, is no longer the parent company of these newspapers. It sold to the billionaire, philanthropist, entrepreneur and former surgeon assets for many, many times more than they are worth, as they become less and less lucrative in a struggling industry.

Like a new car being driven off the dealer’s lot, come Tuesday, Soon-Shiong will likely lose hundreds of millions of dollars in value, though Nant Capital, LLC, his investment entity, is privately held and will never have to disclose whether it ever turns a profit. That’s good, since profit isn’t the goal here.

Before I explain why this was such a bad deal for Soon-Shiong, dial the clock back 18 months to the only other business prediction I made here or anywhere else. In a predictions column (in which I got plenty of things wrong), I wrote the following about a badly beaten down Canadian drug company called Valeant Pharmaceuticals:

“Valeant Pharmaceuticals, which I wrote about (earlier in) in 2016 on its way to losing 95% of its value, will at some point gain nearly 50% from its current value of less than $14 per share to nearly touch $20 per share, or go beyond it on news of a buyout or asset sale.”

It was a prediction based solely on the value of the company.

Last week, Valeant hit a new two-year high of $27.79, a full 96% return, without benefit of a buyout or asset sale, a recovery even more astonishing than predicted.

By those same measures, Soon-Shiong’s purchase was wildly over-priced.

Recently, Tronc shares being sold by Michael Ferro to McCormick Media fell through because the lender reportedly said no. If a bank said no to a deal for Tronc shares at $23, other investors like Soon-Shiong should have reconsidered what they were offering for a deal made at the same time. Since then, Tronc shares plummeted and McCormick subsequently dissolved its stake.

On Saturday, LA Timesreporter Meg James made the bizarre claim that “The Times, despite its trials, remains profitable, though Tronc doesn’t release financials for individual properties.”

Come again? If the owner isn’t stating whether its individual newspapers are profitable, what is your basis for stating that The Times“ remains profitable?”

Accordingly, Soon-Shiong has no way of knowing whether the reported price tag of $500,000,000 plus $90,000,000 in retirement obligations is a fair price to pay. This is akin to a roll of the dice in a craps game…in a casino where the lights went out and you are unsure which numbers came up.

Wall Street’s heaviest hitters are not invested heavily in Tronc. Its percentage of institutional ownership, e.g. hedge funds and investment banks staffed with scores of analysts who know the financials deeper than anyone, was just 42.33%. By comparison, an unknown industrial named Columbus McKinnon Corporation has a whopping 93.87%. If you’re not following the money, you’re taking an unnecessary risk.

A company’s “beta” is the statistic which measures its volatility compared to the market. A beta of less than 1 means reduced volatility, while greater than 1 indicates more. Tronc’s beta as of Friday was 2.10, which is more than double the market.

As of Friday, after a recent jump in Tronc’s value, it was worth $611.2 million in total. That’s just a wee bit more (for a billionaire who doesn’t count the small bills) than what he paid for just some of its assets.

Last week, Long Island’s Newsdaystarted outsourcing it printing to the New York Times. The Tennessean, in a further move toward digital, sold the warehouse in which it stored massive spindles of blank newspaper rolls. But in James’ LA Timesarticle, Soon-Shiong continues to embrace printing, “Although Soon-Shiong said The Timesmust grow digitally, he said he has no plans to step away from print. ‘We will be the last man standing if that’s what ittakes,’ he told employees during an April town hall meeting.”

Tronc’s Earnings Per Share (EPS) growth plummeted by 425% last quarter over the same quarter a year earlier. While the industry EPS fell, it was by a more moderate 153%, meaning that it is doing worse than its peers. This may be why Zack’s Investment Research last week downgraded Tronc from a Hold rating to a Sell. Purchasing some of Tronc’s assets for what is believed to be the same price offered months ago when the company was worth more, is, in finance language, “trying to catch a falling knife.”

Good thing he is an M.D.

Again, Dr. Patrick Soon-Shiong should be applauded for this noble pursuit. But solely from a business perspective, it should be seen as an act of philanthropy and nothing else. Let’s hope he exceeds expectations, which should start with rebuilding public trust by keeping opinions on the Editorial page and not in the News section.