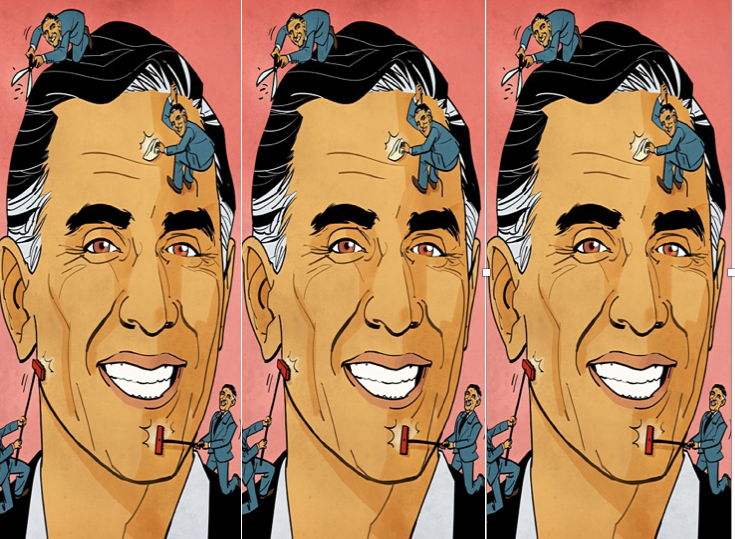 @THE GUSS REPORT-The best thing one could say about former Los Angeles Mayor Antonio Villaraigosa is that he always looked camera-ready and got good mileage on shallow qualifications and minimal accomplishments in the political jobs he held along the way to this week’s California primary, where he is struggling against a little-known Republican named John Cox, in order to face off against an equally shallow Gavin Newsom to be California’s next Governor.

And that’s the bestthat can be said.

No local politician better personifies vapid, underachieving identity politics than Villaraigosa who, in a recent gubernatorial debate, handed his opponents the ultimate soundbyte: “I made a lot of mistakes.”

That statement, however, was Villaraigosa’s admission about his personal failures (in this instance, cheating on his first wife Corina while she underwent cancer treatment) rather than his largely absentee mayoralty.

At every stop in his political career, Villaraigosa stayed minimal amounts of time, gaining little bonafide experience, until a higher gig opened up. During his six years in the California Assembly, he spent just 15 months as Majority Leader, and 25 months as Speaker before leaving office to run for LA City Council, where he gained less experience (just two years) than any Councilmember in recent history who then went on to run for Mayor of Los Angeles. Nowhere along the way did he legitimately learn to legislate or govern. Rather, he perpetually career-climbed without building a resume of accomplishment.

Villaraigosa moved up the political ladder largely because of his (fake) surname, telegenic appearance and a fawning local media that wanted to promote the superficial narrative of an up-from-his bootstraps Latino. The problem is that he kept winning higher office without on-the-job substance.  Perhaps the best lesson Villaraigosa learned from his repeated failures to pass the California Bar is to never stick around long enough to let them see you fail.

Fumbling has been a theme in Villaraigosa’s political career. In the 2001 Mayor’s race, he actually won the primary against incumbent James Hahn, but lost to Hahn in the general despite having the endorsement of popular former Mayor Richard Riordan and the LA Times.

When Villaraigosa eventually beat Hahn in a 2005 rematch, he never embraced the actual governing part of the job, as was later perfectly documented in 2008 by LA Weekly’sPatrick Range McDonald’s “The All-About-Me Mayor: Antonio Villaraigosa's Frenetic Self-Promotion.” In it, McDonald memorably quotes Kaye, then the Editor of the Los Angeles Daily News, saying:

“After three years, it’s pretty clear how Antonio has used the office. For him, it’s ceremonial, and he’s the public face of City Hall, instead of being a guy who rolls up his sleeves and gets down to the nitty-gritty. He made the wrong choice. He made the choice to look after his own interests.”

It was McDonald who actually rolled up his sleeves in a companion piece that broke down how Villaraigosa eventually came to be known as the 11% Mayor.

In 2009, Villaraigosa was re-elected with just 55% of the vote despite running against little-known Republican attorney and real estate broker Walter Moore, author of Jamiel’s Law, who still managed to get 26% of the vote. For context, Villaraigosa received just 143,498 votes more than Venice Beach rapper Zuma Dogg in an election where turnout was under 18%.

But even in his second turn, Villaraigosa remained more interested in the titular title than the workaday responsibility of being Mayor.

Outside of the bubble of Los Angeles media, Villaraigosa, who Timemagazine dubbed in 2005 as one of the 25 most influential Latinos continued to stumble forward, with this cringe-worthy moment as Chair of the 2012 DNC convention.

In 2013, McDonald penned a juicy but sad follow-up on Villaraigosa’s desperate search for a media gig, or really any gig, in “Antonio Villaraigosa's Quest for Wall Street, Washington and Wealth.”  While Villaraigosa did get enough corporate gigs in the years since he left office to make a comfortable living (most notably on behalf of Herbalife), he listened to the wrong people whispering in his ear that he could re-enter politics and become Governor on a record few remember fondly.

So perhaps this week, to paraphrase T.S. Eliot, it appears that this is the way Villaraigosa’s vacuous political career ends, not with a bang, but a whimper. The name of Eliot’s poem from which that line comes? The Hollow Men.