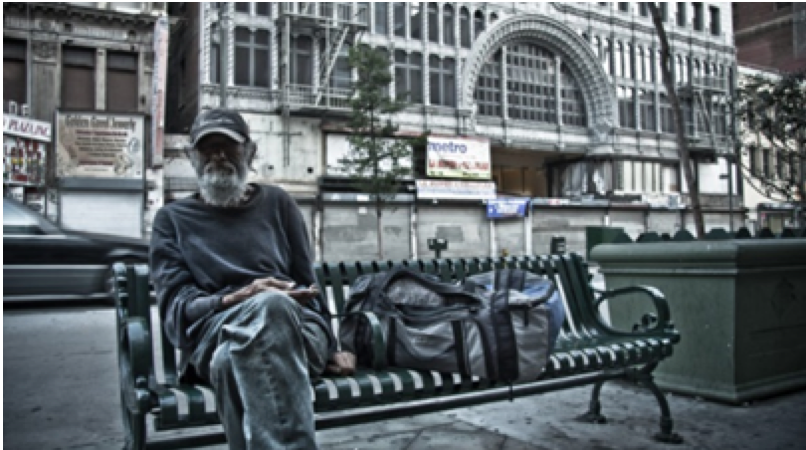 AT LENGTH-Where there is no vision, the people perish. -Proverbs 29:18, King James Version.

I attended Mark Ridley-Thomas’ Empowerment Conference at USC a few years ago where he, Ridley-Thomas, invoked the conscience of Dr. Martin Luther King Jr. by calling the Los Angeles homeless crisis “the civil rights issue of our day.” This pronouncement went relatively unnoticed in the news, as the context for this statement was little understood. In some places, it still is not appreciated or acted upon.

In the intervening years there has been a lot of talk and hand-wringing over the “crisis.” There have even been a few billion dollars-worth of bonds approved to provide services and housing. Yet, in 2017 the homeless count rose by 23 percent to 57,794, making Los Angeles first in the nation in this dubious category. What few understand about this expanding population is that more than 39 percent of our unsheltered neighbors are black, and more than 27 percent are Latino making people of color more than two-thirds of this population. This is not by accident, but it is a result of structural racism that persists still.

So, Starbucks closes for an afternoon to have a “training session” on racial bias and ABC cancels their hit television show, Roseanne, over a racist tweet, but the Twitterer-in-Chief continues with all his bad language, abusive references and denials. What some in America don’t know is what they don’t experience — prejudice. And there are some who still wish to exercise their First Amendment rights to expose just how ignorant they still are. Who am I to stop them?

However, the dysfunction of our so very liberal government in Los Angeles, both city and county, is that they can all talk a good game about solving the homeless crisis yet, when it comes to taking a direct action most get weak in the knees.

The mayor’s nearly $9.9 billion budget for 2019 would more than double the city’s investment in the fight against homelessness. He has also challenged every city council member to locate properties in their districts for emergency shelters, offering $1.2 million to each district and a bonus if they are started before the end of the year. I support his call to action, but I don’t expect much. It could be done for half as much if they used local nonprofits.

Even 15th District City Councilman Joe Buscaino has jumped on the bandwagon by adopting the mayor’s clarion call to action and hurriedly announced his “vision” at the recent San Pedro Chamber of Commerce State of the District luncheon. Since then both he and Tim McOsker, chairman of the San Pedro Chamber, have been quietly scouring the Harbor Area’s landscape to find suitable locations that won’t piss off the NIMBYs and other naysayers who object to most everything except deporting the homeless to some other vicinity. Neither of them, as yet, has come back to the one San Pedro Neighborhood Council that brought the homeless issue to the forefront some years ago in the first place.

However, if Mayor Eric Garcetti actually wants to bring this initiative to the districts, he needs to go on the campaign trail and give his stump speech to all of the neighborhood councils in the city, not just to the council members and chambers of commerce.

What I find curious is that after five years in office and after deflecting this very same solution, which is in fact the only solution that makes sense, Buscaino and the San Pedro Chamber are now attempting to embrace that which they have resisted. Is it time to actually build some tiny houses? Is it time to ask the Port of Los Angeles for some free parking space for those living in their cars?  Is it possible that the city and the county can collaborate on adopting any location where temporary emergency shelter can be set up now rather than later?

The only solution to the homeless crisis is emergency shelter now, interim temporary housing later and permanent assisted housing when they get around to finally building it. There is an entire rationale for this sequence that I won’t go into here, but anyone who has studied the problem knows. One still might ask, “Where’s Buscaino’s homeless task force report that he promised to release two years ago?”

Even the Mayor is having problems getting his own agencies to cooperate on getting permits for the portable toilets and showers on both Skid Row and in Venice. This, of course, is the most logical first step and an important one for public health reasons. Why can’t he just use his executive powers to cut through the BS of red tape? Only he and the bureaucrats know for sure, but what is clearly lacking from all the good citizens of Los Angeles, and there are many of us, is some righteous indignation at the lack of political courage to solve this most human problem.

Even still, the necessity of an emergency shelter response to the homeless crisis is just the beginning of the path to a greater understanding of the social and economic justice issues in the wealthiest county in the wealthiest state in the nation where diversity is the norm and racism is thinly veiled in class distinctions and redevelopment jargon, pitting “market rate” construction against workforce housing. Gentrification and homelessness are very much connected in this city and when the former arrives in the Harbor Area, those who have been most vocal in their opposition to the latter may not recognize the town they’ve grown to love and hate.

Where there is no political will to act, the government fails the people.

(James Preston Allen is the founding publisher and executive editor of RLnews. He has been involved in community affairs for more than 40 years in the Los Angeles Harbor Area.) Prepped for CityWatch by Linda Abrams.