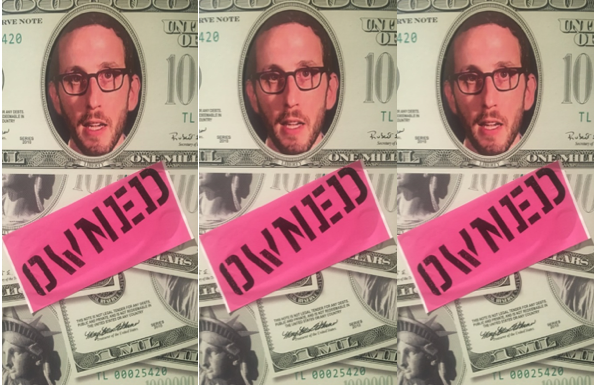 CALL TO ACTION-On January 4, 2018, Senator Bob Wieckowski introduced SB 831, a bill that would have amended the just-last-year enacted "Granny Flats" sections of state law to require, rather than simply permit, cities, states and other municipalities to provide by ordinance for the creation of "junior accessory dwelling units", or so-called ADUs.

The original version of Senator Wieckowski's bill left the substance of the ordinance up to local authorities and expressly permitted the local authorities to include the type of restrictions included in the 2017 version of the ADU law – restrictions on the size and number, compliance with typical utility, safety and habitability regulations and requirement of owner occupancy.

As originally proposed, SB 831 appeared to have little effect on Los Angeles, a city that has already passed an ADU ordinance since SB 831 left in the express requirements that a locality could require a permit for and otherwise expressly regulate the plans, size, setbacks and other attributes of an ADU, including limiting ADUs to a single 500 square foot structure per owner occupied lot.

Then, on March 13, 2018, as cities and their residents were becoming aware of Senator Wiener's authored bills – SB 827 and 828 – he signed on as a co-author to Senator Wieckowski's SB 831 with amendments. Those "amendments" twisted the concept of ADUs into a junior version of Wiener's dystopian landscape – tall, skinny buildings filled with dorm rooms and bike racks dropped in to disrupt, displace and destroy single family and small multi-family residences. SB 831, as amended by Senator Wiener, now:

* Removes all restrictions and standards for number of units, height and square footage except for a 1200 square foot footprint for the ADU and provides that the ADU square footage does not count in determining the permissible floor to area ratio for the lot;

*Deletes Government Code Section 65852.22 which expressly permitted local controls such as no more than one ADU per main dwelling, no more than 500 square feet per ADU, utility hookups and owner occupancy of either the main dwelling or the ADU,

*Removes the requirement that a deed be recorded against the parcel of land expressly providing that the ADUs cannot be sold separately from the main dwelling;

*Requires the city, county or other municipality to approve every application filed for an "ADU" ministerially within 120 days;

*Permits the applicant to sue the city, county and municipality for not approving the ADU fast enough; and

*Requires the state courts to impose fines upon the city, county and municipality and to award attorneys' fees from our local taxpayer funded public coffers to the private for-profit developers who disguise an apartment building as an ADU in our backyards.

Thinking about this quickly -- or even for a New York minute -- makes one incredulous. What if the application is for a detached garage conversion on a 1200 square foot pad containing 8+ 400-600 square foot studios rising 3, 4, or 5 stories over a fault line without any side or rear yard setbacks?  Improbable? Maybe. Permitted under the amended SB 831? Also, maybe. And with the club of a private right of action, fines and attorney's fees in the hands of the applicant, what do we think our cities, counties and municipalities are going to do or can do?

To those who had any doubt as to Senator Wiener's true intentions or paymasters, take a look at the amendments to SB 831. To those who had lingering questions as to whether Senator Wiener's supply side trickle down philosophy of build, build, and build may be well-intentioned albeit misguided, take a look at the amendments to SB 831. And to those who held on to hopes that we could count on our local authorities to handle the problems by other means, again, take a look at the amendments to SB 831. There is no transit issue, no affordable housing issue, and no other cloak around this naked effort to once again free developers – or "entrepreneurs," as the California Senate prefers to call them – from any semblance of planning, zoning or land use policy. This time the wolf isn't even taking the trouble to wrap himself in sheep's clothing.

SB 831's state-wide creation of a private right of action, fines and attorneys’ fees awards against local and municipal authorities for failure to rubberstamp any application entitled "ADU" fast enough is a mean-spirited, heavy handed and pernicious threat from our state government to our local representatives and to the people of this state. This effort by the state senate to prohibit (or to force local authorities to abdicate) land use regulation in favor of private development is unprecedented, bad policy and to be resisted at every level. Whether from Washington or from Sacramento, unleashing the "markets" on the land we all share risks extinguishing and destroying our common spaces and what is left of our affordable and sustainable neighborhoods.

So unfortunately, it seems that Senator Scott Wiener and his "friends" in Sacramento and in our backyards have declared war on the citizens, residents and voters of the state. Senator Wiener keeps likening these bills – SB 827, 828 and now 831 – to state regulation of education and healthcare. But that is nonsense.

State education and healthcare laws set minimum standards that providers must meet to qualify as educators, doctors, nurses, schools or hospitals. These so called "housing" bills set no standards for developers to meet and prohibit the imposition of standards on development state wide. It is more as if the state said that the way to address a shortage of doctors and nurses is to eliminate all standards in the practice of medicine so anyone who wanted to try could diagnose a condition, prescribe a medication or perform surgery. Ludicrous right? That is what this bill does for developers – they get to decide what they can do to neighborhoods and our state unfettered by any standards. And once freed of regulatory constraints, they, as all corporate "citizens" do, will justify their worst excesses and damages on our shared surroundings by calling on the mantra of their "fiduciary" duties to shareholders and investors to maximize their individual profit.

Land use is historically and traditionally a local issue and eliminating regulations in favor of "free market" unrestricted private development is not addressing, much less solving, any part of the housing and homeless crisis that affects all of us. The state government has no business getting involved in such an intrusive and heavy-handed way on local land use. If the state really wanted to help, the state needs to reach out to and help local governments and social justice organizations find the financing to provide the services and shelter that our homeless population actually needs and will use on an immediate crisis basis and, longer term, needs to work on planning and zoning in a nuanced and thoughtful manner that balances and celebrates all of our neighborhoods promoting and extending affordability, livability, sustainability, safety, diversity, mixed uses and open spaces.

These are really important and complicated issues and cannot be solved by taking a machete to our cities, counties and municipalities. There is a fair amount of legislation that has already been passed in the last year or two and we need to see what approaches work before we go further.

SB 831 IS SCHEDULED FOR HEARING BEFORE THE SENATE COMMITTEE ON TRANSPORTATION AND HOUSING ON APRIL 17 AT 3:30 PM STATE CAPITOL BUILDING, ROOM 4203, 10th and L Street. You can find the agenda here.

(Hydee Feldstein has lived in Los Angeles for 35 years. She can be reached at [email protected].) Prepped for CityWatch by Linda Abrams.