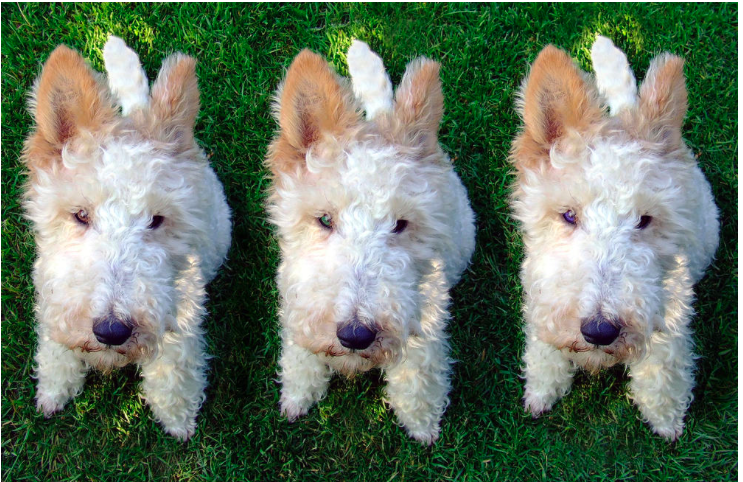 ANIMAL WATCH-Not everyone who loves animals has a “rescue” mentality. Many loving, responsible pet owners do not see adding a dog or cat to their family as a purpose, but just as an enrichment to their normal lives. If an Angeleno chooses to obtain a dog (or cat) from a source other than LA Animal Services or another shelter, or decides to clone a current beloved pet, does that make them a traitor or less compassionate than an adopter?

Barbara Streisand's recent candid and unapologetic discussion with Variety about cloning two adorable puppies from cells taken from the mouth and skin on the belly of her beloved 14-year old Coton de Tulear, Samantha, encountered some vicious comments, many of which implied she did not have this right while there are animals in shelters.

Streisand also rescued a Maltipoo puppy, indicating that she realized cloning is not always successful.  But it seems she encountered far more public criticism for disclosing her decision to perpetuate the special relationship she had with Samantha through cloning than she would if she had gone to a breeder.

Page Six wrote, "As much as people love their pets, even PETA thinks there's a point when they should let the animals go," and shared President Ingrid Newkirk's concerned but compassionate statement, in which she said:

Animals’ personalities, quirks, and very ‘essence’ simply cannot be replicated, and when you consider that millions of wonderful adoptable dogs are languishing in animal shelters every year or dying in terrifying ways when abandoned, you realize that cloning adds to the homeless-animal population crisis . . .We feel Barbra’s grief at losing her beloved dog but would also love to have talked her out of cloning.

Some of the more intense vitriol toward Barbra Streisand could be generated by fear of what is considered "unnatural.” Hal Herzog, PhD., discussed this in a Psychology Today article on March 2. "Why Does Cloning Your Dog Just Seem Wrong?” He responds, "I think it is at least partly due to our deep-seated preference for natural things and our aversion to things that are unnatural."Dr. Herzog concluded, "While I hate to admit it, I’ve talked myself into thinking that Streisand is on firmer ethical grounds cloning Samantha than if she had purchased a pair of bulldog puppies."

He reminds us in regard to the cloning cost of $50,000, that the star has generously donated more than $25 million to groups like the National Resources Defense Council.

COULD CLONING BE PART OF THE SOLUTION TO PET OVERPOPULATION?

If pet lovers have an aging pet and the means to preserve its DNA while the animal is still alive to produce one or two replacement animals, could that be a positive alternative to patronizing Internet sites of high-volume, lucrative puppy mills and breeders who produce entire litters?

We also know that purebreds are often purchased with the intent to "recoup the investment" by then breeding more litters. The trickle-down effect of planned breeding and carelessness results in shelters nationwide being constantly filled to capacity.

Cloning to perpetuate physical characteristics and compelling personality traits has apparently leapt beyond just purebreds. Does this provide a glimmer of hope for decreasing pet overpopulation from random mixed-breed mating to try to recreate a pet?

The USDA writes, "Despite science fiction books and movies, clones are born just like any other animal. The only difference is that clones don’t require a sperm and egg to come together to make an embryo. Clone embryos are made by using a whole cell or cell nucleus from a donor animal and fusing it to an egg cell that’s had its nucleus removed. That embryo is implanted into the uterus of a surrogate dam (a livestock term that breeders use to refer to the female parent of an animal) to grow just as if it came from embryo transfer or in vitro fertilization."

The cost of cloning a dog is $50,000 and a cat is $25,000 at ViaGen Pets, based in Texas.The cloning process involves taking an egg cell (ova) from another dog, removing that dog's original DNA and inserting the DNA from the donor dog. Those egg cells are then re-implanted into a female dog who serves as a surrogate mother.

After a 60-day gestation period, if development proceeds normally, the resulting organism will be genetically identical to the donor, and the surrogate mother will produce one or more pups which have the same DNA as the dog that is being cloned. Clones share the same DNA and cells but have individual personality differences, which are similar but not identical.

It's not hard to understand when we realize that nature occasionally provides a close analogy on its own: identical twins

Barbra Streisand summarized her feelings in her explanation to the New York Times, "You can clone the look of the dog, but you can't clone the soul. Still, everytime I look at their faces, I think of my Samantha…and smile."

AKC DOES NOT REGISTER CLONED DOGS

"For $50.000 you can clone your dog, but there's a Waiting List," writes Gene Marks of the Washington Post,on Nov. 16, 2017. "Even at this price, the company reports it has a waiting list -- and no, not professional breeders(the American Kennel Club will not register cloned dogs)."

It's just normal people who desperately love their pets and are willing to pay just about anything to keep them -- or a cloned version of them -- still around. "Pets' lives are very short compared to ours," said a manager at ViaGen Pets.

LAWSUIT COULD CHANGE THE WORLD OF ANIMAL BREEDING

In 2013 a federal jury ruled that an American Quarter Horse Association committee and AQHA officials violated antitrust laws by banning cloned horses from the AQHA registry. The AQHA had argued it had the right to set its own reasonable rules and that most members opposed cloning.

A Texas jury decided in their favor in 2013, but a three-judge panel of the U.S. 5th Circuit Court of Appeals reversed that ruling in January, saying there was "insufficient" evidence of wrongdoing by the association.

Texas horse breeder Jason Abraham and veterinarian Gregg Veneklasen sued the American Quarter Horse Assn., claiming that a cloned horse, Lynx Melody Too, should be allowed to register as an official quarter horse.

Cloning "is nothing more than an assisted reproductive technique, similar to in vitro fertilization and artificial insemination," according to the plaintiffs in the LA Times article, "A clone is simply the genetic twin of the original animal separated in time."

The suit is among the first to deal with the status of clones in breeding and competition, and its outcome could impact a number of fields, including thoroughbred horse racing and dog breeding.

CLONING NO LONGER JUST FOR PUREBREDS

On September 5, 2015, Ruth Foote of The Advocate wrote about (and photographed) Ken and Henry, two Catahoula-Doberman mixed dogs, who share their lives with each other and Lafayette, LA, veterinarian Phillip Dupont and his wife, Paula. The mixed-breed canine brothers were cloned two and a half years before, using cells from their owners' former pet, Melvin,

"There was just something about Melvin, Dr. Phillips, told her. In fact, Melvin was so special that Dupont had him cloned, she writes, describing Ken and Henry as "majestic pets," who weigh 75 pounds each.

Sometimes it's hard telling them apart, and, as Barbra Streisand did for her two puppies, they wear different colored collars. “They're maturing into the dog Melvin was,” Paula Dupont said.A TV show on the Discovery Channel about cloning pets was their first education on the subject and the contacted HBion, the South Korean company that has attracted international media attention in recent years for its dog cloning service. The cost was $100,000.

The Duponts now serve as mentors for others who consider having a beloved pet cloned.

In 2001 the first cat was cloned, named CC, and the first pet cat clone was sold soon after for $50,000, according to the Purr Company. Here is an interview with a cloned cat owner:

Enough time has passed that some of those wealthy enough to meet the price tag have now had their cats for some time and would be able to give us a real description of what it is like to have a cloned cat - unfortunately not many of them want to!

That said, I was pleased to find one such owner who is willing to spill the beans.

Musician, director, animator and all round talented chap Liam Lynch had his cat, Frankie Forcefield, cloned when Frankie was sadly run over in 1995.

Finnegan Forcefield has now been with Liam for nearly 2 years, and Liam has been very candid throughout that time, periodically sharing his views on the experience with subscribers to his excellent podcast.

In his latest podcast, Lynch was kind enough to answer a question on the subject from one of his fans.

"What do your cats think of Finnegan Forcefield? Do they realise he's Frank's clone or do they think he's an entirely different cat or what?"

Great question and exactly what I had been wondering myself!

Liam Responds, "I wouldn't say that they think he's Frank, they certainly know he is not Frank because when Frank died [he] was gone for ten months.

"That being said, Finnegan has Frank's scent because he's franks clone.

"Normally when you're bringing a new cat into a household, especially a multiple cat household, it takes a couple of weeks because a new cat coming in destroys the hierarchy of all the cats that already live there.

"When I first brought Finnegan into my home he was ten weeks old. I had him in a carrier so they could smell each other with the safety of the carrier being between them, to introduce them.

"Rock and Dog, my other two cats came in and they smelled him, and nobody hissed or anything, which really doesn't happen when you're introducing cats.

"I opened the cage and Rocky put his head in and started smelling Finnegan. Then he just started grooming him, and there was never any switch over time.

CLONING IS A REALITY, WHETHER WE LIKE IT OR NOT

It is impossible to come to a conclusion on such a sensitive subject, but, whether we agree or not, cloning is here to stay and likely to be much more acceptable to a generation that has grown up in a world of technology. Will it have a positive or negative impact on pets and overpopulation? How will it affect breeding and the AKC?

You be the judge!

Here is an important list provided by the FDA to answer common questions.

The responses to the questions provided in this document represent the FDA’s view in light of the conclusions and recommendations outlined in the Animal Cloning Risk Assessment, Risk Management Plan, and Guidance for Industry #179. Click on this link to read the FDA’s answers to these myths.

Myth: Cloning is a new technology.

Myth: Clones are a specific animal's DNA grafted onto another body.

Myth: Offspring of clones are clones, and each generation gets weaker and weaker and has more and more problems.

Myth: Clones have exactly the same temperament and personality as the animals from which they were cloned.

Myth: When clones are born, they're the same age as their donors, and don't live long.

Myth: Cloning results in severely damaged animals that suffer and continue to have health problems all their lives.

Myth: When a chicken clone lays eggs, the chicks that hatch are clones.

Myth: Meat from clones is already in the food supply.

Myth: Scientists can bring back extinct species bycloning them.