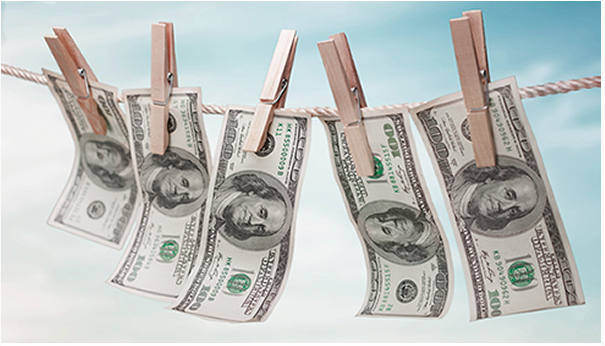 CORRUPTION WATCH-“Gallia estomnisdivisa in partestres.”(Julius Caesar, de Bello Gallico.) Likewise, our California judiciary’s money laundering is divided into three parts: (1) the judges and justices themselves (2) The Commission of Judicial Performance and (3) the California State Bar.

As Lord Acton observed, “Power tends to corrupt and absolute power corrupts absolutely.” (1887) Because power is not instantly corrupting, the Founding Fathers sought to keep any man or small group of men from having absolute power by balancing power against power. Each power center works to limit the power of other power centers of government.That is the rationale for the three branches of government, and why the Senate, with its equal representation by state, is balanced by the House of Representatives with representation based on population.

Without balancing powers, corruptionism prevails. When the unified goal of government has become to maximize the profits of a few billionaires, society degenerates. In Garcetti’s Los Angeles, real estate developers own the government.

Judges are unique in that when they issue an order, people do what they say. Why? Because when a person disobeys a court order, the judge sends out some big guys with guns and they take the scofflaw to jail. Courts can also direct banks to give your money to whomever the judge designates.

Prior to Los Angeles’ turn to Corruptionism, the DA could have sought a court order to claw back the $60,000 that Samuel Leung gave to Garcetti as well as the $125,000 Rick Caruso “donated” to Garcetti’s charity. The Los Angeles County DA could have held a Grand Jury investigation into the sale of Hollywood-Highland to CIM Group. It cost $625 million to construct, but a few years later, CIM paid only $201 million. As we learned from CIM Group’s misadventures in Israel, which 86'd CIM due to its involvement in corruption at LA City Hall, CIM insists that prior creditors take a “hair cut.” That means before CIM Group takes over a project, prior lenders must give up all or substantially all their investment. Since the City of Los Angles had invested millions in the CRA Hollywood-Highland project, how much of a hair cut did Garcetti force the City to take so that his best buds at CIM could pay 30 cents on the dollar?

All Roads Lead to Corruptionism

Corruptionism is not a GOP thing, it is not a Democrat thing, nor is it limited to city councils. It has become passim throughout our society, but no branch of government is more infected than the State judiciary.

The Pattern and Practice of Judicial Money Laundering

“Money laundering” in its most general sense covers any means to conceal the origin of ill-gotten loot.  Thus, a judge who orders a mother to have “dual diagnosis” treatment at a shrink’s office and who then ends up owning a nice piece of real estate in Baja California in conjunction with the shrink has engaged in money laundering. Similarly, when a judge makes an extra generous award of attorney fees and later some Luxembourg money finds its way to an LA mortgage company which provides the judge with refinancing on his home without the judge’s making any mortgage payments, we have a more sophisticated form of money laundering.

The Role of the Commission on Judicial Performance

The de facto role of the CJP is to stop complaints of judicial corruption from seeing the light of day.  Where is a person who has been screwed by a corrupt judge to turn? Concisely put, in 2018 judges are “made men” and there’s nothing you can do about it.

The Role of The California State Bar

One of the most important functions of the California State Bar is to frame and disbar attorneys who complain about judicial misconduct. Over the years there have been repeated attempts to reform State Bar’s Office of Chief Trial Counsel (OCTC). Most recently, Jayne Kim was booted out as Chief Trial Counsel and Stephen Moawad was installed. Sad to say, corruptionism still thrives. With a complete disregard of its duty to provide exculpatory documents, the OCTC seems in full revolt against the Brady Rule. “The suppression by the prosecution of evidence favorable to an accused upon request violates due process where the evidence is material either to guilt or punishment.” (Brady v Maryland 373 U.S. 83 (1963), Rule 5-110 note #3)

As far as the State Bar is concerned, the U.S. Constitution, the U.S. Supreme Court, and its own Rule 5-110 do not exist. “Absolute power corrupts absolutely” means exactly that – we’ve moved from the rule of law to the control of despots.

Let’s empathize with the plight of the beleaguered OCTC. How can she or he silence complaints about corrupt judges like Justice Paul Turner, Judge John Torribio, or former and current justices and their fancy homes and mega bank accounts unless OCTC can disbar attorneys who know too much?  Heaven forbid the names of the money launders themselves should become public.

Corruptionism and its concomitant judicial money laundering constitute a frontal assault on Constitutionalism. As Judge Richard Fruin’s decision in the SaveValleyVillage II case revealed, the LA City Council is above the law so that even its criminal behavior is “non-justiciable.” Could there be a more eloquent statement of our new State motto,“PraeceptaCorruptionem”?