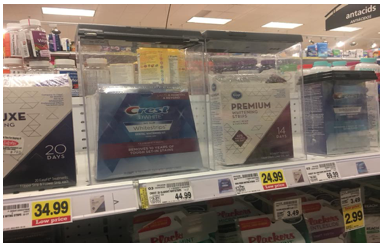 MY TURN--Whether you hate or love Walmart–they are not alone in locking up products.

So when I read last week that a woman was suing Walmart for discriminating against Blacks by having certain products locked up, I immediately thought to myself: she’s blaming the wrong people.

43-year-old Essie Grundy announced, with her attorney Gloria Allred, that she was suing a California Walmart for racially discriminating against Black customers by selectively locking up beauty products inside of glass cabinets.

As a frequent equal opportunity shopper, I can tell you that large retailers like Target, CVS, Walgreens, Rite Aid and nearly all grocery stores lock up the products that are being shoplifted the most.  Be it Tide, coffee, diapers, baby formula, razors, deodorant, condoms, alcohol, products to make illegal drugs or that people use to get high off of–if a store notices that certain items are being stolen, they are going to take certain measures to mitigate their losses.

In 2014, California voters approved Proposition 47 which ended the possibility of charging shoplifting as a felony and don’t think for one moment that shoplifters are unaware of the change in the law.  They know, like retailers and law enforcement know, that now, anything stolen that’s worth is below $950 is a misdemeanor.  That means shoplifters are unlikely to be detained, arrested or prosecuted for stealing. At most staff and security guards can demand that a shoplifters give back the products but even that’s a daunting task when you don’t know who is armed or not.

In addition to shoplifting being more commonplace, it has become more blatant.

I’ve actually seen people stealing who then get caught and dare the security guard and staff to do anything about it. They know like we all know, nothing can really be done.

According to a report by the Associated Press, large retailers in California say shoplifting increased at least 15 percent, and in some cases, doubled since voters approved Proposition 47.

Plainly stated, people are stealing and without measures like locking up products in glass cabinets or putting hard to remove sensors on them–a store really has only two other viable options available to them.  They can decide to not carry the items that you want because they are getting stolen or they can pass on the extra cost of shoplifting losses to the consumer.  I know we don’t want to return back to the days of being followed up and down aisles just because of the color of our skin.

And while we can debate the reasons that people steal another time, I will say that electronics, cosmetics and most personal care products are hardly considered life or death items like baby formula, tampons, maxi pads water and food. More often than not, the products that are being stolen end up being sold for a discount on the streets or over the internet. 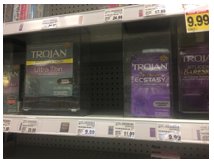 “I just feel that we need to be treated equal,” Grundy said during the news conference, flanked by her husband and one of her children. “It’s no way that we should be treated … just because of a complexion. We are all human and we deserve to be treated as everyone else.”

“That is discrimination in our view,” Allred said during the news conference. “That is second-class citizenship. That is being treated with the utmost disrespect. That’s racial profiling.”

Perhaps if Walmart had a practice of only locking up items that were marketed towards Black people, then maybe the case could be that the practice is discriminatory.  But Walmart–like many retailers–locks up a variety of products that are used by different races of people.

The bottom line is that products marketed towards Blacks are being stolen the most.  Ms. Gundy and Gloria Allred’s beef is with the people stealing those products–be they Black, Latino, Asian or white or the systems put into place that are preventing the shoplifter from being able to afford to buy the product.

I get that where Walmart is involved, emotions tend to run high for some, but that shouldn’t get in the way of common sense.  The same goes for supporters of Proposition 47. The majority of California voters wanted to see lesser penalties for crimes like shoplifting and the resulting consequence is that we have more and more large retailers locking up products.  To complain about that now is like Monday morning quarterbacking.

Is it a pain in the ass to have to wait for a customer service representative to come to your aid and unlock the glass cabinet and retrieve the item you want to buy?  Yes.  Do they always come when you press the button?  No.  But in this case, race has nothing to do with it.  It’s not about who is doing the stealing, it’s about what is being stolen, how often and from where.

(Jasmyne Cannick is a registered Democrat and is a nationally known writer and commentator on political, racial and social issues. She is an occasional CityWatch contributor. Her views are her own. Follow her on Twitter @Jasmyne and online at jasmyneonline.com. )