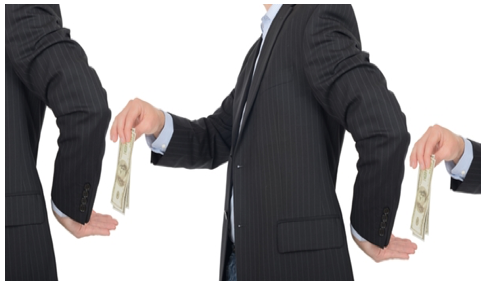 PERSPECTIVE-There is no such thing as tax reform, at least when it is framed within the same Byzantine template that has bedeviled taxpayers for generations.

The primary objectives of any tax system should be to raise revenue, allow for efficient enforcement and encourage public compliance through simplicity. These goals have alluded the government at least since the passage of the Internal Revenue Code of 1954 and its 24 brackets.

If you are counting on Congress to get it right this time around, start recounting.

In my view, the only true reform would be something resembling a flat tax system. See this earlier article of mine on the subject.

However, there are two chances of a flat tax system becoming law:  slim and none; I won’t waste time, then, on discussing it again.

As one would expect, the current package under consideration has become a partisan battle, with both sides playing to their loyal bases…and too little weight being given to economic and practical considerations.

There are many moving parts in play, but I will focus on just one – the mortgage interest deduction since it is the most complex of any. It is as American as apple pie, but some developed countries have dropped it, including Canada, UK and France. There are limitations in others. There has been no sustained impact on the real estate prices where it is not allowed. Hey, just watch HGTV’s Househunters International for anecdotal evidence, assuming you can overlook the naivety of the buyers featured on the program!

We already have a limitation (also a topic I’ve covered in the past). It allows for the deduction of interest on $1M in mortgage debt used to construct, purchase or improve your home, and $100K for general purposes – basically cash draws to cover vacations, cars, boats or just plain, everyday self-indulgences.

The new proposal cuts the $1M in half to $500K and does not allow any interest deduction on second homes. All existing mortgages would be grandfathered in at the $1.1M cap.

Presently, there are many people who are probably unaware of the current limitation, and many of them are equally unaware they are over the limit because they have not kept track of what their cash-out refinances or HELOC advances were for.

Don’t lose any sleep, unless your overall mortgage debt is high enough to appear on the IRS’s radar screen. It is at least as difficult to audit as it is for taxpayers to keep records and make the necessary adjustments. The calculations are not a fun exercise, especially if there have been multiple borrowings.

One thing is for certain, by halving the cap, more new borrowers, along with those who subsequently refinance, will fall under the new limitation. The IRS will be challenged to adequately deal with the increased load. Taxpayer compliance will likely fall short of targets; accordingly, the projected deficit will be higher than expected, all other things being equal.

I would gladly trade all the deductions in the world for a much lower tax rate and an uncomplicated tax return. But the rate cuts for this package are nowhere near an incentive enough for me to get on board, especially if the loss of the state income tax deduction is also part of the deal.

Until there is real tax reform, America will continue to spend 6 billion hours per year on preparing their tax returns. I believe our personal time is worth more than a few dollars per hour, not to mention $2 billion we pay for individual tax software.

I think we have better things to do.