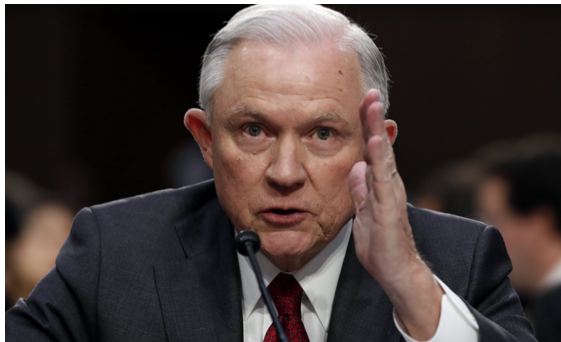 420 FILE--It’s no secret that Jeff Sessions has vowed to take American drug policy back 30 years with his desire to bring back the War on Drugs. The disastrous policy of the 80s and 90s has been called the New Jim Crow, as it oversaw a disproportionate amount of minorities incarcerated on inflated drug charges. This resulted in the US becoming the world’s leading jailer, with about 5 percent of the world’s population but over a quarter of the world’s prisoners. Moreover, there is hardly any evidence that it reduced crime or drug use in the US. 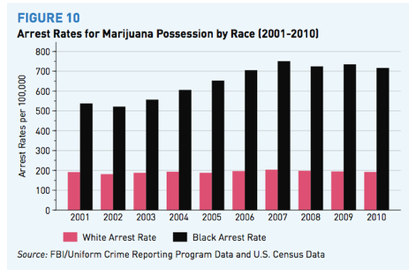 One of the most bewildering aspects of War on Drugs policies is its categorization of marijuana as a Schedule I drug, putting it on par with hard drugs such as heroin and LSD. This meant that a child selling pot at school could potentially be charged with as much prison time as a hardened criminal dealing heroin.

And Jeff Sessions wants to bring that back, with apocryphal claims that “good people don’t smoke marijuana.” Proponents of harder drug policy portend that marijuana use leads to more serious drug use and a higher incidence of criminal activity. However, such claims have never been proven. 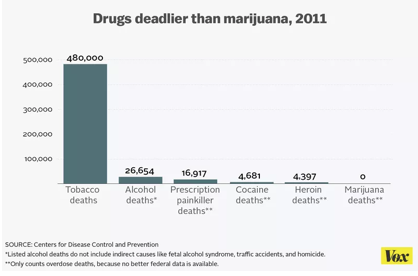 Nevertheless, Sessions faces a vastly different political landscape when it comes to marijuana in 2017. Eight states and the District of Columbia have legalized pot, and another 29 have approved it for medical use. The resulting legalized marijuana industry is growing ever more robust, with sales totaling over $6.7 billion in 2016 alone, according to Forbes. The industry is fast growing, with expected growth rates of 17% annually. By 2020, it is expected that marijuana will produce more jobs than manufacturing. The industry also generates solid tax revenues for states; Oregon brought in $60 million last year alone.

States that have legalized marijuana use have also not seen increases in other drug use or criminal activity. In fact, there is evidence to suggest the opposite effect is occurring in legalized states, contradicting “War on Drugs” fans. Therefore, Sessions’s desire to do away with marijuana legislation appears all the more dubious from a policy perspective. Worse yet, the legal complications he is seeking to create are also threatening thriving American businesses.

Even if they are located in states where marijuana is legal, marijuana-related businesses still find themselves on the wrong side of federal law, which puts them in legal gray area that may get harder to maneuver. Where legislation has not yet fleshed out the details of legalization, marijuana businesses must get creative to sell and distribute their wares. In DC, where marijuana sales are still not legal but gifts are, has seen the spread of food delivery services that “gift” weed if a generous tip is provided.

Falling afoul of the law has been known to happen; a Colorado-based company creating lockable canvas bags for storing cannabis & edibles from children had $10k of product seized by US Customs & Border Patrol this year. This is not just a risk incurred by businesses; customers may also still get in hot water. For example, landlords may reserve the right to evict tenants for possession. Fears and uncertainty over marijuana laws have made it difficult for firms to find adequate investment, making the development of products to cater to a large consumer base increasingly difficult to launch.

Mr. Sessions would like to make such seizures all the more common. In July, he issued a directive to drug enforcement authorities to increase asset forfeitures for people suspected of drug crimes, even if they are not charged. Such moves are generally used to disrupt drug trafficking, but companies operating legitimately under state law could end up in the crosshairs as well. If their assets are seized, business owners would have to sue or settle with the authorities to get their assets back, a lengthy and costly process.

There are other methods that can be used to attack the legal marijuana industry. One might entail legal action against customers themselves. Less direct means may also be implemented, including subjecting businesses to stringent government scrutiny. Increased oversight worries some business owners more than drug enforcement measures, as the government may seek to shut them down over noncompliance of more mundane rules, such as health, safety, advertising, or tax laws.

Sessions On The Wrong Side Of History (Yet Again)

Sessions faces three main impediments to his marijuana crackdown, however. The first is a lack of evidence to justify a rollback of state legislation. As mentioned before, states that have legalized marijuana have actually seen reductions in violent crime, heavy drug use, and the number of prisoners instate. There is thus little policy onus to justify rolling back existing marijuana legislation. Even The Task Force on Crime Reduction and Public Safety, an entity convened by Sessions himself, recommended that existing legislation remain as is.

The second challenge Sessions faces is marijuana legalization’s popularity. Over 60 percent of Americans support marijuana legislation, and as much as 88 percent back legalizing it for medical purposes, according to a CBS poll. After seeing the social and economic benefits, as well as the increased revenue the industry brings, legalized states will have little interest doing away with marijuana legislation, or cracking down on businesses. Other states will also continue to consider legalization in their own backyard.

The third challenge may come from Republicans themselves, who will find maintaining an anti-marijuana stance uncomfortable. Given marijuana’s strong support, Republicans will find it difficult pursuing strong opposition to marijuana. Having learned their lesson in trying to push through unpopular healthcare bills, they will likely refrain from earning more negative press with midterms drawing ever closer. Some Republicans have even spoken out against Sessions’s plan.

Furthermore, Sessions’s tactics — using federal power to intimidate state governments — run afoul of Republicans’ traditional support of strong states rights. The GOP has used the argument for the autonomy of states’ legislative process in order to justify the refusal of progressive legislation in Congress on issues such as gun control, abortion, immigration, and others. Abandoning this stance will be difficult ideologically, essentially robbing them of their obstructionist raison d’etre.

None of this means that Sessions will stop his assault on legalized marijuana outright. He still yields power over how the Department of Justice directs enforcement of federal laws. He could try to bury legalized states, and their marijuana businesses, in enough legal red tape to impede the benefits of their own laws, all the while dissuading other states from enacting legalizing laws of their own.

After all, if we have learned one thing about the Trump administration, it is that pragmatism and the interest of the American people are not their primary governing motivators.