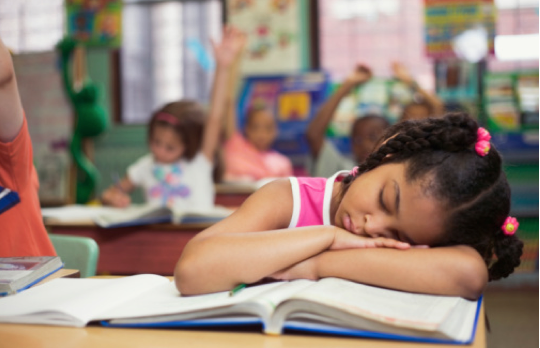 EDUCATION POLITICS--California legislators had a rare opportunity this year to make a significant improvement in the lives of millions of children at little or no cost – and they muffed it.

Senate Bill 328, which would prohibit California’s middle and high schools from beginning classes before 8:30 a.m., passed the Senate but was overwhelmingly rejected by the Assembly just before it adjourned this month for the year.

Every medical authority, including the Center for Pediatric Sleep Disorders, the American Academy of Pediatrics and Stanford’s Center for Sleep Sciences and Medicine, believes that starting classes too early conflicts with the natural circadian rhythms of adolescents.

We’ve all seen them trudging along sidewalks in the near-dark of winter mornings, sleep-deprived zombies who aren’t alert enough to absorb learning in the first hours of school. Opponents of later classes often say something to the effect that kids should just go to bed earlier, but that, scientists have concluded, just doesn’t work because of the genetic makeup of adolescent bodies. They are programmed to remain awake too late to get the eight hours of sleep they need, if they must wake up at dawn, or even earlier, to get to class on time.

“There is simply no controversy,” Stanford Professor Rafael Pelayo wrote in response to contentions by the bill’s opponents. “Adolescents in the United States are sleep-deprived and it is affecting their health.”

After the California School Boards Association lobbyist testified against the bill in an Assembly hearing, Pelayo and other medical authorities sent letters protesting what they said was inaccurate and misleading data used by the opponents, twisting scientific studies to the organization’s benefit.

A recent Rand Corporation study declared that while changing to later start times may require adjustment and incur some costs, it would pay off in much-improved educational outcomes and economic gains from those better outcomes.

“Even after just two years,” Rand said, “the study projects an economic gain of $8.6 billion to the U.S. economy, which would already outweigh the costs per student from delaying school start times to 8:30 a.m.”

One of those disappointed by the Assembly’s inaction is Joy Wake, a suburban Sacramento resident who’s been trying to persuade the San Juan Unified School Board to go to an 8:30 start time.

She’s angry that her own Assembly member, Democrat Ken Cooley, refused to meet with her and other advocates and then voted against the bill, but she says they’ll try again next year to revive the measure, carried by Sen. Anthony Portantino, D-Glendale.

“How can we accept a local policy that forces millions of students to do something that hurts their health?” she asks.