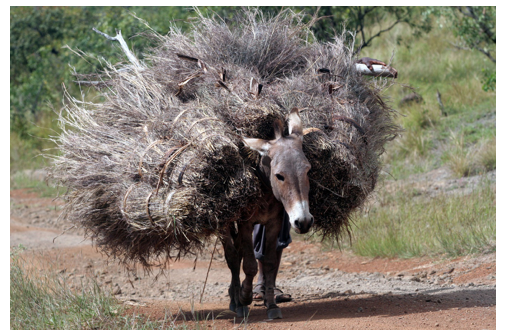 RANTZ AND RAVEZ-The donkey pulls the cart up the steep hill and over the many challenging fields carrying all sorts of items for the owner who is collecting materials for the home he is building in the mountains. Day in and day out, the loyal donkey continues to perform challenging tasks until one day he collapses and dies from exhaustion. The donkey was a loyal and obedient animal that followed the directions of his master until his untimely death.

This sad tale reminds me of how our state and local elected officials are treating taxpayers in the City of Los Angeles: we are the donkeys paying our ever-increasing share of taxes, following the rules and regulations placed on us by those empowered to provide us with the elusive “rainbow of happiness” quality of life we all pursue.

Let’s add it all up:

So, you can see how we are the donkeys burdened by government officials with tax after tax for all sorts of projects and programs. Like the donkey that died from exhaustion, we are collapsing under the weight of an uncaring government that has one answer for all of society’s ills: increase taxes…over and over again…without any positive results for those of us who are paying more and more for a lower quality of life.

The Homeless situation is totally out of control and growing in numbers every day, encroaching deeper into business and residential areas of our communities, leaving their trash and belongings everywhere. The homeless that live along the “rivers” and flood control areas in our region are polluting our waterways. It’s like a fire that is totally out of control and not improving with all the mumbo jumbo talk coming from state and local officials. From the Westside to the Valley and parts between, it is the same: a city out of control with no positive improvements anywhere to be found. Take the time to drive through your neighborhood, along freeways, in parks and all sorts of other areas. I urge you to take the time to check it out for yourself.

Look at our current gridlock traffic situation. The city is discussing charging you a fee to drive on certain roads during congested traffic times. Anyone who wants to drive to work in LA will most likely have to pay to use the public roads that we all paid for in the first place. Just another example of how the city thinks -- create a problem, then charge you to fix it. In this situation, it won’t get fixed.

I have warned voters in the past about the various tax measures proposed at election time. Hopefully they might listen next time since I have been correct. We do not need additional taxes. We need strong leadership and a government that cares about its taxpayers who expect an improved quality of life for our families and neighborhoods. This is not happening in Los Angeles and, for that matter, in many other areas of California.

I’d like to remind you that the city paid millions of dollars to repair Angel’s Flight in downtown LA. After a couple days, Angel’s Flight broke down once again. They claim it was because of the excessive heat that the system failed. It might be time to let Angel’s Flight take its final flight to a museum before more millions are spent on that historic people mover.

Time for a Rave

After years of trying and trying, the LAPD has finally reached 10,000 officers. In fact, they reported 10,001 officers as of September 2, 2017. Congratulations on finally attaining the magic number of police officers in place to “protect” and “serve” the people of Los Angeles.

Now, if we can only have a police commission that motivates, supports and encourages police officers to “Protect and Serve” we might well be on the road to recovery and turn Los Angeles back into a safe place to live, work and play in safety.

Please remember the victims of the natural disasters in Texas, Florida and the surrounding areas in America including those impacted by the 9/11 attack. May God help them all recover and return to a happy life.

That’s it for this edition of Rantz and RaveZ. I welcome your observations and comments at [email protected].