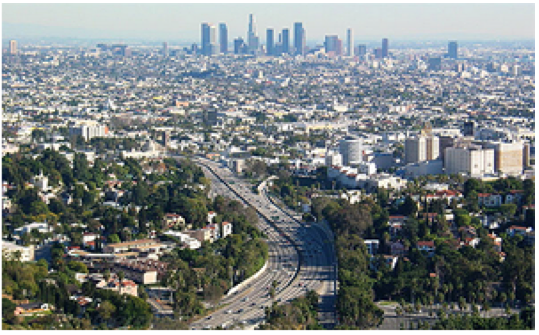 NEW GEOGRAPHY--California’s political leaders having ignored and even abetted our housing shortage now pretend that they will “solve it.” Don’t bet on it.

Their big ideas include a $4 billion housing subsidy bond and the stripping away of local control over zoning, and mandating densification of already developed areas. None of these steps addresses the fundamental causes for California’s housing crisis. Today, barely 29 percent of California households, notes the California Association of Realtors, can afford a median-priced house; in 2012, it was 56 percent.

At the heart of the problem lie “urban containment” policies that impose “urban growth boundaries” to restrict — or even prohibit — new suburban detached housing tracts from being built on greenfield land. Given the strong demand for single-family homes, it is no surprise that prices have soared.

Before these policies were widely adopted, housing prices in California had about the same relationship to incomes as in other parts of the country. Today, prices in places like Los Angeles, the Bay Area and Orange County are two to three times as high, adjusted for incomes, as in less-regulated states. Even in the once affordable Inland Empire, housing prices are nearing double that of most other areas, closing off one of the last remaining alternatives for middle- and working-class families.

How did we get here?

Largely in response to regulatory constraints, the state has been underproducing housing since the 1970s. So far this year, Los Angeles, the nation’s second-largest metropolitan region, has produced fewer homes than much smaller areas like Dallas-Fort Worth, Houston and Atlanta.

The California Environmental Quality Act and other laws and restrictions have helped to make building the number of houses needed by California’s middle-income families unattainable. The state’s more recent draconian climate change policies are also making the building of more affordable homes, usually on the fringe of urban areas, almost impossible.

Some developers and planners blame much of the problem on NIMBYs, or “not in my backyard” activists, who oppose high-density development in their communities. NIMBYism, often aligned with green policies, is part of the problem, but high-density housing is expensive, and there are not enough people looking for “micro-apartments” to solve the affordability crisis.

Indeed, housing in buildings of more than five stories requires rents approximately two-and-a-half times those from the development of garden apartments, notes Gerard Mildner, academic director of the Center for Real Estate at Portland State University. In the San Francisco Bay Area, the cost of townhouse development per square foot can double that of detached houses (excluding land costs), and units in high-rise condominium buildings can cost up to seven-and-a-half times as much.

Longtime San Francisco journalist Tim Redmond points out that luxury apartments tend to replace the often more affordable older buildings in urban neighborhoods. There’s been a gusher of high-rises built in places like San Francisco or Los Angeles, but these are generally very expensive, and have not discernibly lowered prices.

Policies based on planning fantasies, not reality

The state of California calls for high-density development near transit stops, while requiring a certain percentage of lower-income units. Yet, the experience with this kind of “inclusionary zoning” is not a happy one. Such laws tend to increase the prices for market-rate housing, raising the prices for everyone else, including the more numerous poor who do not win the “affordable housing” lottery.

Add to this such things as the state mandate forcing firms to pay union-level wages, which considerably hikes housing prices and rents. There are also not enough affordable housing lottery slots to even slightly dent the lack of affordability in places like Los Angeles County, where the proportion of rent to income is among the highest in the country, roughly 2.5 million people live in poverty, and roughly 37 percent (almost 4 million), according to United Way, can barely pay their bills.

However, there are options. One would be to empower nonprofit organizations to build housing with market-rate labor, and on affordable land. Cities can permit housing to be built in redundant retail, office and warehouse space. But the biggest impact would be to allow housing to be built on lower-cost urban fringe land. Media apologists for Sacramento claim that there is not enough land for this. But just in the San Francisco-San Jose metropolitan region alone, there is enough developable land to accommodate far more new houses than would be required by even the most aggressive population projections.

At the same time, land-use restrictions often operate at cross-purposes to state greenhouse gas emissions reduction mandates. Households flock to the San Joaquin Valley to obtain the lower-cost housing they need, then commute the long distances to the Bay Area. If new housing were permitted in the ample amounts of better-located land, commutes and GHG emissions would be less.

When will the so-called progressives address the real needs of middle- and working-class families? Their current, and proposed, policies will result not in greater opportunity, but rather in expanded poverty. This state already suffers the highest poverty rate in the nation, when adjusted for the cost of living, which is dominated by housing costs. The present progressive policies can only lead to further erosion of the middle class and the stripping of opportunities for the very people — the poor, minorities and immigrants — for whom they so often weep.

(Joel Kotkin is the executive editor of New Geography and a contributor to CityWatch. He is R.C. Hobbs Presidential Fellow in Urban Futures at Chapman University in Orange and executive director of the Houston-based Center for Opportunity Urbanism). Wendell Cox is principal of Demographia, a St. Louis-based public policy firm, and was appointed to three terms on the Los Angeles County Transportation Commission.)