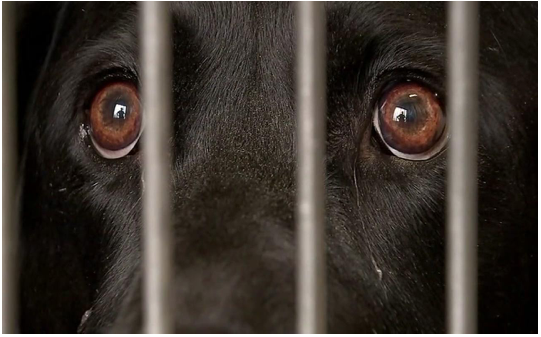 @THE GUSS REPORT-My neighbors took in four tiny foster kittens last week because the LA Animal Services shelter nearest us said that they were going to be killed by 5 p.m. if they didn’t, and that there were many other animals who weren’t going to make it.

That was on August 24. On August 25, Los Angeles Mayor Eric Garcetti and executives from the uber-wealthy Best Friends organization parroted that Los Angeles is “No Kill,” and the media drooled along, not because it is a truthful claim -- it isn’t, by a long-shot -- but simply because they want it to be so, and they are too complacent to fact check.

So, examine Garcetti’s meaning of the phrase “No Kill.”

No Kill is a garbage term created by politicians and groups like Best Friends, which raked in a massive $313,676,006 over the past five years, and more than $91,000,000 last year alone, to make it seem that they accomplished what they have not. (Out of that pile of cash, slightly less than half of Best Friends’ expenses actually go to its programs.)

Like Garcetti’s claim that there would be no more homeless veterans by the end of his first term, his claim that LA is No Kill simply isn’t true.

LAAS is not even close to “No Kill” and won’t be anytime soon because, with Garcetti’s blessing, they have redefined what it means to “kill,” what pet “adoption” means, and they refuse to show exactly what became of its family-less animals.

Actual No Kill means not killing animals just because there is a lack of space in the shelters. Period.

But so that Garcetti has something to trumpet, let’s expose the fraud in claiming “LA is No Kill.”

So that they do not have to kill animals, LAAS has slippery, inconsistently enforced rules that make it onerous for people to bring in an animal, whether it is a stray or a pet of their own they are dumping, by trying to charge a $20 drop-off fee. LAAS denied this before it admitted doing so. This practice keeps its impound stats artificially (read: fraudulently) low by failing to serve many animals in need of care; then it claims, “Impounds are down!” Many of those animals are often dumped outside of shelter doors or in the neighborhood.

Another phony thing that Garcetti’s LAAS does is kill animals without accounting for them in their kill stats, such as, if they have a curable illness or healable injury. LAAS randomly declares them “unadoptable,” to suit its statistical needs. These are animals who are understandably fearful of being in an awful, treacherous pound where at times they don’t get enough food or veterinary care, are attacked by other animals, are insufficiently exercised and are dehydrated because the water is sometimes un-drinkably filthy or green with algae.

Go to the poorest parts of LA, like East LA, South LA, Skid Road, etc., and you may see roaming packs of dogs that Garcetti and his City Council cronies have known about for decades, but have done nothing about because it would mean taking in more animals. And taking in more animals means higher impound numbers, which means more animals for which to account.

Better yet: call LAAS at (888) 452-7381 and see if you can even get through to anyone. People who do are often met with the usual, “we only have one officer covering the entire city, and they are always out on emergencies.” Those communities and homeless animals in need are poorly served because it hurts statistics.

Here is the ugly truth that the prim Garcetti doesn’t want you to see. Best Friends has a one-way financial relationship with City Hall. Despite its wealth, it occupies a city-owned shelter for free; gets free utilities, maintenance, security and gets cherry-picked animals for free, but does not have to account for them as all other 501(c)(3) humane organizations must do. Best Friends, while not an evil empire, sends many of those animals elsewhere, including to high kill shelters.

In other words, Best Friends is a convenient kill statistic cleanser for Garcetti and the LA City Council; it sterilizes the truth.

There is nothing wrong with an incentive. But Best Friends’ program pays smaller organizations for taking in incrementally more animals than they did in the prior year, but doesn’t require an accounting for what becomes of those animals. And as we have seen in recent years, some of those smaller charities end up going for the cash incentive and warehousing or moving the animals into situations other than adoptive homes.

Last October, I exposed how Brenda Barnette, Garcetti’s hand-picked GM of LA Animal Services, fraudulently boosted her pet adoptions statistics by claiming an “adoption” whenever she moved animals from cages in City-owned shelters to cages in the City-owned shelter occupied by Best Friends. Garcetti refuses to release records showing what became of those animals. Quietly, and without a press release, those fake stats were reversed after I brought it to the attention of City Controller Ron Galperin, who (shocker!) didn’t address the fake stats in his evasive “audit” of LAAS.

In addition to cannibalizing the more diligent work of smaller, poorer animal rescue organizations, Best Friends runs programs in which they virtually give away animals at troublingly low adoption fees and then offer two for the price of one, which, while good if one is selling ice cream, is not necessarily a good idea for pet adoption. It encourages people to take in more pets for whom they might not be able to provide. It is a noble concept, but poorly conceived and driven by politicians’ needs rather than those of animals.

The biggest cow-pie in Garcetti’s No Kill declaration is that there are no programs to correlate to his No Kill claims. The city’s “mandatory” spay/neuter program is optional, full of loopholes and therefore, irrelevant. So, the next time Garcetti or any other politician or humane organization with six-figure-salaried-executives claims “LA is No Kill,” keep this in mind: if they kill animals because they are at capacity, or cannot account for their whereabouts, it isn’t No Kill.

Ask them, where did all the animals go? And why don’t you count every dead one?

(Daniel Guss, MBA, is a member of the Los Angeles Press Club, and has contributed to CityWatch, KFI AM-640, Huffington Post, Los Angeles Times, Los Angeles Daily News, Los Angeles Magazine, Movieline Magazine, Emmy Magazine, Los Angeles Business Journal and elsewhere. Follow him on Twitter @TheGussReport. Verifiable tips and story ideas can be sent to him at [email protected] His opinions are his own and do not necessarily reflect the views of CityWatch.) Edited for CityWatch by Linda Abrams.