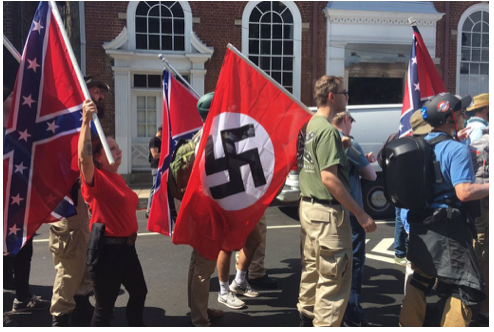 To some Americans, this was shocking and scary. They asked themselves how could this happen - in the United States of America - in 2017?

To other Americans, what they know is, Charlottesville exemplifies an undeniable reality that lurks just beneath the surface in this nation we love.

And as the country grappled with this tragedy, we were told that “many sides” should be condemned.

I often advocate that we look at many sides of an issue, walk in someone else’s shoes, and identify and reject false choices.

But there are not “many sides” to this.

“Many sides” is what kept children in this country at separate schools and adults at separate lunch counters for decades.

“Many sides” is what turned a blind eye when Emmett Till was lynched and stood silent when marchers were beat in Selma for “disturbing the peace.”

“Many sides” is what my parents and thousands of others fought against during the Civil Rights Movement.

“Many sides” suggests that there is no right side or wrong side, that all are morally equal. But I reject that. It’s not hard to spot the wrong side here. They’re the ones with the torches and the swastikas.

Let’s recall what led to the march in Charlottesville in the first place: the removal of Confederate statues, which celebrated men who fought for an America that kept human beings enslaved. That’s an America in which I’d never be allowed to vote, much less be elected a U.S. Senator.

The white supremacists who gathered in Charlottesville were there to protest so-called “attacks” on their self perceived racial superiority. That’s it – that’s their grievance. 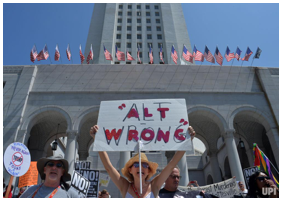 These are things happening right now in our country, too. And if we care about what happened yesterday in Charlottesville, we’ve got to care about everyday discrimination as well.

If we say this is not who we are, it’s on us to show that.

I feel a special responsibility, and I hope and expect my colleagues in the U.S. Senate do, too. It’s easy to tweet that hate has no place in America. But no legislator should be allowed to be horrified on a Saturday and then vote to drag America backward on a Monday.

There is hope to be found. The truth is that the vast majority of Americans are good, fair and just and they want their country to reflect those ideals. And the fact that yesterday’s explicit hate was met with near-universal condemnation affirms my belief in our capacity to overcome evil.

We don’t have to let extremists define us. Opportunities to do right are right in front of us. We just have to seize them.

OTHER VIEWS ON CHARLOTTESVILLE