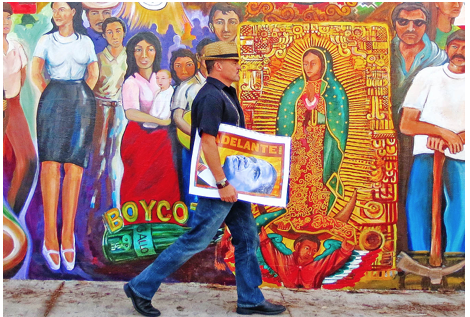 THE EPPERHART EXPRESS--I know a lot of people who are proud hyphenates—Italian-Americans, Mexican-Americans, Asian-Americans, and so on. Many are the children and grandchildren of immigrants. Interestingly, those of my friends who are immigrants themselves tend to self identify simply as Americans once they gain citizenship. Plain American is how I’ve always thought of myself.

Some years back, we took a family trip by car across the United States—from LA to Boston. My mother-in-law, the daughter of immigrants from Eastern Europe, insisted we visit the Statue of Liberty and Ellis Island. Growing up in the Bronx, she lived in a world of immigrants. Colin Powell, whose  parents immigrated from Jamaica, grew up in her neighborhood.

I never had the connection to people who came from other countries. Most of my ancestors were in America before 1800. There were some great-grandparents from Ireland and Sweden, but they were long gone before I arrived on the scene. None of my forebears entered through Ellis Island because they got here before it opened.

The first two decades of my life were spent in a blue collar neighborhood in the Midwest. I went to schools that were ethnically and racially mixed. But, nobody was from another country. About the farthest anyone immigrated to Rockford, Illinois from was Texas.

Moving to Los Angeles was traveling to a different planet; one where exotic was more than putting hot sauce on your food. I met and made friends with people from all over the globe. It brought a richness to my life I would never have gotten if I had stayed in in my hometown.

Many folks in America’s heartland have never known what it is to experience the culture of other people and places. They are happy with their world and don’t want it to change—at least not too much. Taco Bell is O.K., but a vendor walking past their house crying, “Tamales! Tamales!” is scary.

This, of course, is the vein Donald Trump and the alt-right have mined to peddle their political wares. It’s nothing new. Those who got here first have scapegoated and reviled those who came later as the ruination of America. I suspect the Dutch in Nieuw Amsterdam said, “There goes the neighborhood,” when the English took over in the 1660s. 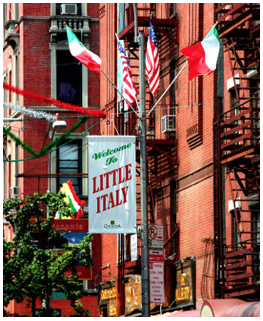 The first federal immigration law, passed in 1790, only required two years’ residence to gain citizenship. The U.S. Bureau of Immigration wasn’t established until 1891. Quotas were only adopted in 1921. Until then, anyone who wasn’t a criminal, radical or lunatic would likely be admitted. (Chinese immigration, though, was restricted beginning in 1882.)

By the way, New York (as Nieuw Amsterdam was renamed) has been shaped by successive waves of immigration including Irish, Germans, Italians, Russians, Jews, Puerto Ricans and Dominicans. There has been a significant African-American population in New York going back at least 300 years. These are the people who made Manhattan the world’s financial capital.

Los Angeles’ story is different, but still due to its incredible immigrants. The same goes for Chicago, Dallas, Miami, Seattle, and points in between. And not all of them were from Europe. Immigrants from all corners of the globe have made America the economic powerhouse that it is and, at the same time, created its rich and diverse culture.

The history of the United States didn’t start with the Pilgrims at Plymouth Rock or at Jamestown or with Columbus. Regardless of your point of view, this nation was shaped by immigration and the quickest way to kill American progress is to deny that heritage.

America’s past is the story of immigrants. So is its future.

(Doug Epperhart is a publisher, a long-time neighborhood council activist and has served on the Board of Neighborhood Commissioners. He is a contributor to CityWatch and can be reached at: [email protected])