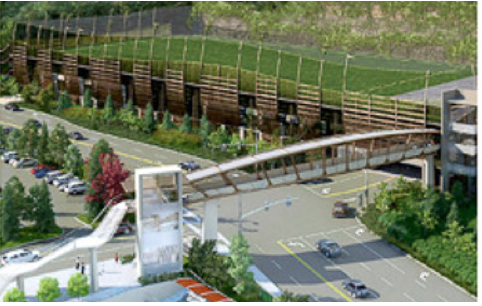 THE PREVEN REPORT--At 6:30pm Monday evening, the Studio City Neighborhood Council, in a unanimous vote, adopted a Resolution strongly opposing the Harvard-Westlake School’s “Parking, and Athletic Improvement Plan.” The vote comes on the eve of a Public Hearing regarding the project, which has been controversial and is anticipated to draw a large number of speakers on both sides of the issue. The hearing will take place at 9am on Tuesday, August 8th at Van Nuys City Hall, 14410 Sylvan Street, Room 201 Van Nuys, CA 91401.

Here is the text of the adopted Resolution:

WHEREAS, the Studio City Neighborhood Council (SCNC), pursuant to the authority vested in it by the Charter of the City of Los Angeles (City) has the power to advise the City on issues concerning the needs of this community; and

WHEREAS, the Harvard-Westlake School is situated in the jurisdictional boundary of the SCNC and is now an applicant for LA City zoning variances in connection with the school’s Parking, Safety and Athletic Improvement Plan (“Parking Plan”); and

WHEREAS, the Harvard-Westlake Parking Plan will have a direct impact on residents within the bounds of the SCNC’s jurisdiction; and

WHEREAS, the Harvard-Westlake School parking plan will consist of a three-story garage with 750 parking spaces topped by a flood-lit full-size athletic field (with the lights mounted on 14 poles reaching as high as 84 feet) and connected to the school’s campus by a 163 foot wide pedestrian bridge arching over Coldwater Canyon Boulevard; and

WHEREAS, all structures related to the Harvard-Westlake parking plan will be the private property of Harvard- Westlake and so will inure to the exclusive benefit of that school which is a private non-profit organization exempt from city taxes; and

WHEREAS, the stated purpose of the project is one of convenience and not of public interest or necessity, as evidenced by Harvard-Westlake Vice-President Jon Amato's comment at the outset of the parking project in 2013: “Our kids have to perform in front of audiences, so we have to have parking for visitors, and we want to have all our parking in one location”; and

WHEREAS, the project is opposed by the Santa Monica Mountains Conservancy, The Hillside Federation, the Sierra Club of Los Angeles, the San Fernando Audobon Society, Citizens for Los Angeles Wildlife, and the Studio City Residents Association; and

WHEREAS, construction of the project is estimated to take close to three years and will entail the loss of 130 protected oak and walnut trees, and the removal of 137,000 cubic yards of dirt by diesel trucks over a span of nine months; and

WHEREAS, the pedestrian bridge has been deemed “likely to fail” in a moderate to large earthquake, by Wilson Geosciences; and

WHEREAS, the site of the proposed parking garage is zoned for very low and minimum residential use; and

WHEREAS, Harvard-Westlake has previously indicated to the City that it has 30% more parking than it needs; and

WHEREAS, in order to use the pedestrian bridge, students will need to climb two flights of stairs on one end, then descend two flights of stairs on the other end, which could result in one or more students dashing across the street instead of taking the stairs (especially in stressful situations for the student such as being late for an AP Exam) and so getting hit by a car whose driver will be lulled into a false sense of security by the pedestrian bridge;

NOW, THEREFORE, BE IT RESOLVED, that by the adoption of this Resolution, the Studio City Neighborhood Council, having reviewed Harvard-Westlake School’s application for land use variances from the City of Los Angeles, and having provided ample opportunity for testimony from stakeholders, strongly opposes, and hereby advises the City of Los Angeles not to approve the Harvard-Westlake School parking plan.