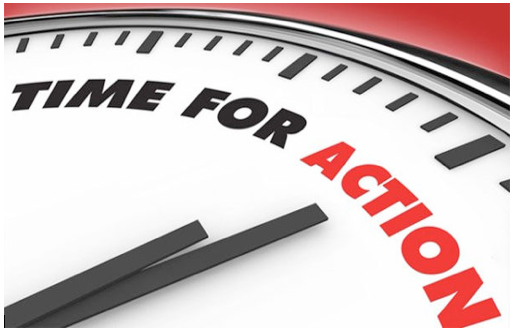 GELFAND’S WORLD--As a Californian, I take it for granted that I can show up at my precinct on election day and pick up a ballot without first presenting a drop of blood, my birth certificate, or a retinal scan. It's part of that sense of freedom that politicians talk about on Memorial Day.

Unfortunately, some of the same politicians have been busy trying to deny those freedoms to their fellow Americans, in particular those who are poor or dark skinned. They do it by denying the vote to people who don't show up at the poll with some sort of government supplied photo ID such as a driver's license.

For most of us middle class city dwellers, this is an inconsequential thing. At least in the far west, most of us drive, and in California, the DMV provides photo ID's to non-drivers so that they can cash a check or buy beer. In more rural areas of red states, there are often quite a lot of people who have gotten by without driving and who live in areas where a government ID card is not a necessity.

It is these people who are the target of the Republican vote suppressors, because they are more likely to be black and poor or hispanic and poor. And as we all know, these groups tend to vote Democratic more than they vote Republican.

In elections, it is often (to borrow a sports cliche) a game of inches or in this case fractions of a percent of votes. For example, there is currently a debate going on as to whether Wisconsin's electoral votes were stolen by voter suppression. There are lots of anecdotal accounts of individuals who could not get the requisite voter ID, and there are statistical studies which argue that there was a net reduction of about 200,000 votes in the Wisconsin presidential election. Others have argued that the case may be overstated but if you look at these arguments, you will notice that the argument against is basically that the argument in favor could or should have been made more strongly.

In other words, Wisconsin's 10 electoral votes were probably stolen from Hillary Clinton by a legal trick, since she only lost by 23 thousand votes. She should have picked up that number easily had those two hundred thousand voters had a more comfortable chance to actually cast a ballot.

The right wing likes to pretend that it is defending the integrity of the electoral process, but this is a lame excuse for a widespread attempt to return to the days of Jim Crow. The latest excuse for voter suppression comes from the president himself, who appointed the ethically challenged Kris Kobach to the new presidential commission tasked with investigating voter fraud.  along with the even more challenged Hans von Spakovsky. Both have been leaders of the conservative movement to suppress minority voting, and both have been revealed for their rank hypocrisy many times over.

In short, there is no question that the right wing is (and has been) striving to prevent Democrats from voting for many years, and to a considerable extent the effort has been successful.

So what should we do about the problem?

We could (a) go to liberal meetings and whine about the problem. That provides us a chance to feel self righteous and to do a little well deserved venting.

Or we could (b) do something about it. This has the advantage that we still get to feel self righteous, but we also have a chance to swing the next election (and many later elections) in the direction that the voters would actually choose, given the ability to vote.

Let's figure that we have maybe five million potential voters who are being discriminated against. What do they need? Answer: acceptable voter ID's. When do they need them? Answer: at the latest, a couple of months prior to the next set of elections. In particular, they need those voter ID's well before the national elections of November, 2018. It would be useful for them to be able to vote in the primaries, but the critical elections are the November 2018 runoffs.

What's needed is a two pronged program. First, the potential voters are identified. Second, a national program gets them registered. It's this last element of the program that is obviously the hard one because we already know that tens or hundreds of thousands of voters have found themselves disenfranchised, and there must be a reason.

The first step is to provide aid to those who are as yet lacking voter ID and/or registration. Sending help to the areas where potential voters -- currently disenfranchised -- live and helping them to get registered is the first necessary approach. Something as simple as providing rides to people to get them to the registration offices is a start.

This is where the next element comes in. Right wing states have been fairly effective in throwing up roadblocks to voter registration and to supplying required ID's. For example, one state is reliably reported to have opened one registration office for a total of four days in 2016. Clearly this was a way of reducing the number of Democratic voters.

May I suggest that the second element in the project is to create a massive intervention project which involves filing federal lawsuits which will of necessity include hundreds of thousands of plaintiffs. In the past, such lawsuits have sometimes been successful, but they have approached the subject from a different perspective, largely by asking for intervention against some particular law. For example, the gerrymandering in North Carolina was struck down on the basis that it was clearly race based.

The 2017 project would be different in that it would directly represent individuals. It would be based on the Constitutional requirements that every citizen has equal rights under the law and that taxes on voting are illegal. Thus a state cannot charge you for a picture ID used in voting if that is all that it is to be used for, and the state cannot refuse to grant you an ID if you fulfill the other requirements (such as being a citizen). Some states have been pretty effective at violating these principles.

The way to deal with the states' intransigence is to file lawsuits in federal courts well in advance of the coming elections. May I suggest that April or May of next year would be a reasonable target to get the lawsuits prepared and filed. It should be possible to file one lawsuit on behalf of people in Tennessee, for example, and another on behalf of people in Wisconsin.

The difference between this legal approach and previous suits is that individuals would be named, and the courts would (we hope) grant injunctive relief on behalf of the individuals. Thus John Q Smith of Racine, Wisconsin would be able to present a court order to his local government and force them to register him under penalty of contempt.

We don't have a long time, and the 2018 elections are going to be crucial in stopping or slowing down the current rush to disaster. The successes by the new popular uprisings such as Indivisible have been pretty impressive so far, witness the struggle by the administration to destroy Obamacare. Let's take this energy to a new level. In brief, the popular uprising that calls itself the resistance (somewhat tongue in cheek, I suspect, but indicative nevertheless) might organize the 2018 electoral resistance movement.

Getting a thousand underpaid volunteers into the countryside should be doable for perhaps ten million dollars. For ten times that amount, we can do even more. If the resistance and Indivisible are serious, they will adopt this project and finance it. They should get the movement moving before the end of August, 2017.

There is another problem that comes up on election days, when minority communities find that they face long waiting times at the polls. This is another significant problem that we need to deal with.

(Bob Gelfand writes on science, culture, and politics for CityWatch. He can be reached at [email protected].)