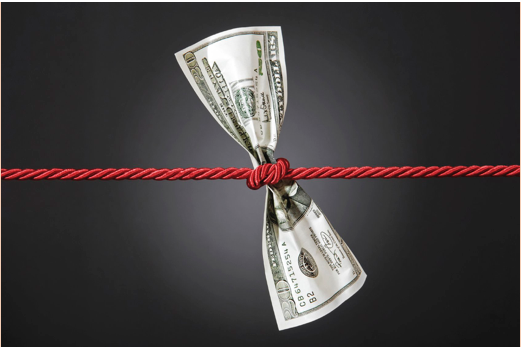 In Santa Barbara County, the 2017-2018 budget calls for laying off nearly 70 employees while dipping into reserve funds. The biggest cuts are to the Department of Social Services, which works to aid low-income families and senior citizens. Meanwhile, $546 million of needed infrastructure improvements go unfunded as Santa Barbara County struggles to pay off $700 million in unfunded pension liabilities. County officials estimate that increasing pension costs may cause hundreds of future layoffs.

Unfortunately, Santa Barbara County is far from alone. Tuolumne County is issuing layoffs in the face of rising labor and pension costs from previous agreements. In Kern County, a budget shortfall spurred by increased pension costs has led to public safety layoffs, teacher shortages, budget cuts, and the elimination of the Parks and Recreation department, even as Kern County’s unfunded pension liability surpasses $2 billion. In the Santa Ana Unified School District, nearly 300 teachers have been laid off after years of receiving pay raises that made them unaffordable, including a 10% raise in 2015.

In Riverside County, non-union county employees took the blow for the county’s irresponsible pension deals, as all but one of the 32 employees the county laid off this June were non-union members. This came after contract negotiations granted union employees hundreds of millions of dollars in raises. The Riverside County DA said these raises caused public safety cuts. In addition, Riverside County imposed an extra 1% sales tax to pay for these benefits. Across California, citizens suffer as local governments give away their money while cutting their services.

Government projections continually underestimate pension costs. According to a new study by the Hoover Institution, pension liabilities are understated by trillions of dollars. This happens because governments assume unrealistic rates of return on pension investments. The California Public Employees’ Retirement System (CALPERS), the agency managing pension and health benefits for most California employees, will assume arate of return of 7% starting in 2020 (the current assumption is 7.5%), however, last year, CALPERS earned a return of 0.6%. California’s defined benefit system for public employees means that governments must pay their employees a fixed amount regardless of how pension plans perform. Rosy estimates for future pension performance make government obligations look smaller than they are.

Unrealistic projections also allow government officials to award big pensions, as officials argue that the big future returns they have assumed can pay off the costs. When reality hits and pension returns fall short, taxpayers are left footing the bill. This year, Californians paid $5.4 billion because of this baseless confidence, more than the state spent on environmental protection, drought response, and fighting wildfires combined. Short-sighted government optimism has real consequences for citizens forced to live in the real world.

The future of government finance throughout California looks bleak due to government mismanagement of taxpayer funds. Local representatives grant unions generous terms, and those unions in turn donate to re-election campaigns. This vicious cycle costs Californians essential services. Agreements between government officials and union bosses allies harm taxpayers, service beneficiaries and even some union workers, who find their representatives complicit in laying them off.

Government does not exist to give taxpayer money to the politically connected. Because of their twisted incentives, California’s elected officials are directly responsible for the state having the highest poverty rate in the country, and the second most unfree economy. Instead of working to fix California’s challenges, many local officials create them by refusing to serve their constituents and instead forcing citizens serve the government. If public servants are serious about real improvements, they need to push for changes to the public pension system and for limitations in every interaction between lawmakers and public employee unions.

(David Schwartzman is a Policy Research Fellow at the California Policy Center.  He is a rising senior studying economics, mathematics, and finance at Hillsdale College.)