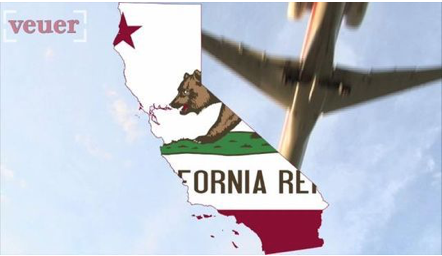 THIS IS WHAT I KNOW--The current political climate has brought a clear divide among states on social and environmental issues. While Governor Brown and the state legislature work to pass bills to bypass President Trump’s agenda, Attorney General Xavier Becerra is also lending his chops to signal dissatisfaction with Kentucky and three other states that have passed legislation that would restrict LGBT rights.

Becerra (photo right), a Democrat, has added Kentucky, Texas, Alabama, and South Dakota to a list of locations where nonessential state employee travel has been restricted by legislation passed last year to states that, as of June 26, 2015, had passed laws discriminating on the basis of sexual orientation, gender identity or gender expression. Original states on the list include North Carolina, Kansas, Mississippi and Tennessee.

Each state on the list had  passed legislation restricting rights of LGBTQ people; in the past three months alone, Alabama, South Dakota, and Texas had all passed laws that could restrict LBGT people from adopting or becoming foster parents.

California’s AB 1887, signed into law in September 2016 following North Carolina’s passage of the controversial “bathroom bill.” The original bill was enacted during Senator Kamala Harris’s tenure as Attorney General and left the addition of other states to the discretion of the Attorney General.

Kentucky’s recent SB 17, which goes into effect this summer, triggered the addition of that state to the existing ban. The bill, sponsored by Sen. Albert Robinson (R-London) will permit students to express their religious and political views in public schools without fear of retaliatory law suits and could open the door for student-run organizations in public colleges and schools to discriminate against students based on sexual orientation or gender identity.

“Our country has made great strides in dismantling prejudicial laws that have deprived too many of our fellow Americans of their precious rights. Sadly, that is not the case in all parts of the nation, not even in the 21st century. Discriminatory laws in any part of our country send all of us several steps back. That’s why when California said we would not tolerate discrimination against LGBTQ members of our community, we meant it.” – Xavier Becerra

California Legislator Evan Low, who authored AB 1887 adds that the original bill was passed to “ensure our taxpayer dollars do not fund bigotry or hatred. AG Becerra’s action today sends a strong message that discrimination beyond our borders will not be tolerated.”

It’s unclear how the travel restrictions will play out or if they’ll indeed cause states to question legislation that may bring reactions by other states. However, the cultural and political divide between states continues to grow – and California continues to present a strong voice against discriminatory LGBT and civil rights laws and policies.