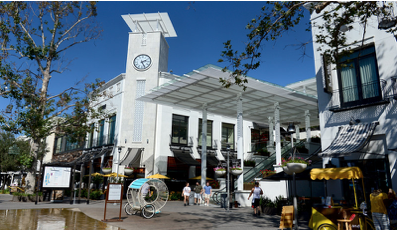 RANTZ & RAVEZ-The Westfield “Village” at Victory and Topanga Canyon in the West San Fernando Valley has turned into a place to walk your dog and pay for parking (some validate) to do business with local vendors that remain open for business despite the poor foot traffic and slow sales in the area. More and more of the businesses in the “Village” are experiencing financial difficulties; sales have not been what was expected.

The Westfield sales team sold tenants the concept of new offices, a hotel and other buildings that would generate foot traffic and patrons to visit the restaurants and other retailers who are paying a premium in rent to locate at the “Village.” Unfortunately, the new office buildings have not been built. The result has been vacant spaces and litigation filed by some of the current tenants.

Projections were made by the “Village” when it sought tenants to occupy this expensive real estate in the Woodland Hills community. But those projections of additional office buildings that would generate potential patrons for the restaurants and associated businesses have not materialized. With increased costs for business operators and the approaching $15 an hour minimum wage, it has become difficult for many of the operators to pay their bills. More to come on this situation in future RantZ and RaveZ.

The popular “Rack” located next to the AMC Theater in the nearly abandoned Westfield Promenade abruptly close a week ago on a Friday night. The location had been a place for casual dining where you could watch sports on one of the many TVs, as well as play pool. It closed after litigation with the property owner Westfield. Only a few remaining business operations remain in the Westfield Promenade, including an abandoned Macy’s that has become a small United States Post Office serving Woodland Hills. The question is, what will be built at the Promenade to serve the community and increase revenue for the Westfield Corporation?

In comparison, the “Commons” in Calabasas is a thriving commercial operation with great restaurants and other business retailers to visit. And the parking is free.

Soon, Governor Jerry Brown will receive a salary increase to $195,803 while state legislators will increase their compensation to $107,238 plus $183 a day of tax free per diems for each day they are in session. Compare this to the Mayor of LA who is paid $232,000 a year with a full-time security team. Think about these salaries the next time you are asked to increase your taxes to fund a government project.

While we are on salary issues, don’t forget the current talks about the next DWP contract.  Discussions include from 13.2% up to 22.3% in increases, with a multi-year contract up to 2021. These negotiations are currently under way.

An article on the new Traffic Violation Policy is being prepared and will appear in a future publication.