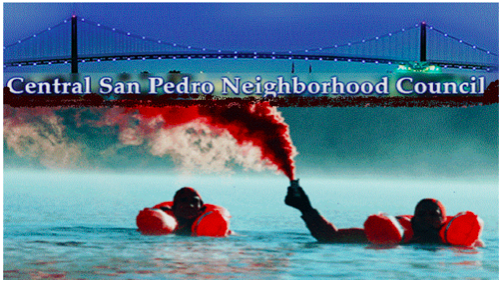 GELFAND’S WORLD--Dear Mr City Attorney: If the Trump administration were to send federal officials into your office and announce that they were taking control of your department, you would no doubt feel rather put out. After all, you are an elected official acting under the authority of state law and the City Charter. The fact that Donald Trump doesn't like the way you interpret our sanctuary city status does not give him carte blanche to violate your lawful authority. May we therefore ask you to apply the same standards to our neighborhood council system?

I refer to the recent takeover of the Central San Pedro Neighborhood Council by the Department of Neighborhood Empowerment (DONE) using the procedure that city law refers to as "exhaustive efforts." The process of exhaustive efforts (EE) allows DONE to take over the operations of a neighborhood council and attempt to force its will upon the participants. I think that upon careful review of the law, you will find that DONE had no legitimate reason to place the CeSPNC into "exhaustive efforts" because DONE has failed to demonstrate a violation by CeSPNC of any applicable law, rule, or regulation.

The broad specifics of the takeover and the underlying reasons -- basically personality clashes among board members -- have been discussed here on CityWatch previously, both by James Preston Allen and by Tony Butka.

Before getting into the ugly details -- DONE appears to be taking sides in a personal dispute -- I'd like to share with the reader my own take on this whole episode: The city's action in putting a legally elected neighborhood council out of business violates the understanding that was created between government and the voters of Los Angeles back in 1999. At that time, the agreement to create a system of independent neighborhood councils was the alternative to secession movements in the valley, the harbor, and Hollywood.

So what does this strange term exhaustive efforts mean as a matter of law, and how is it being applied -- legitimately or illegitimately -- in the present case?

Let's look at what the law actually says. I will be referring to the Los Angeles Municipal Code. In this code section, The Department refers to DONE, and the process of decertifying a neighborhood council refers to the legal effort (taken by the Board of Neighborhood Commissioners) to dissolve that council in order that a substitute council can take its place.

Notice that DONE has the duty to warn the board prior to taking action. That duty is fully explicit in the phrase  the Department first shall provide notice to the Neighborhood Council . . .

The nature of the warning is specified. It must include: "the applicable law, rule or regulation upon which the decertification or vacancy declaration will be founded."

This is pretty serious stuff. In order to be considered for exhaustive efforts, the council must have already violated some written ordinance or rule. Not only that, but it must have been given a fair chance to cure the violation. A typical (and reasonable) example of a legitimate complaint would be some board member of a neighborhood council repeatedly attempting to spend public dollars for illegal expenses (booze, lottery tickets) and failing to report the nature of the expenditures. Curing the violation might involve removing the board officer who has been buying Scotch and scratchers using the council's check book.

In looking at the letter sent by DONE to CeSPNC announcing the exhaustive efforts, we find that the presumptive violation is nothing like what is described above.

Actually it's not a violation at all. It's a prediction that the CeSPNC board, if allowed to act, will take a vote that somebody won't like.

Don't believe me? Let's take a look at some of the wording in DONE's letter to the CeSPNC board.

"Last week, the CentralSPNC posted a special board meeting agenda for May 16, 2017, which contained the removal of the President from her position, despite the City Attorney opinion that further review needed to occur by the Department before the item was placed on the agenda. In addition, an agenda item for censure of a board member was also included even though the CentralSPNC bylaws provide no process for board censure so it is not allowable."

This is a remarkable statement to say the least. The CeSPNC is accused of writing an agenda for its coming board meeting. That's it.

Notice that CeSPNC is not being accused of illegally removing a board officer. To make that accusation is to lay claim to owning a crystal ball. No -- DONE simply disagrees with the inclusion of the agenda item to take up the question of removing the board president. This is the first and foremost action that DONE chooses to consider to be in violation of some law or rule.

The DONE letter argues that creating the agenda items is a violation because of the City Attorney opinion that further review needed to occur by the Department before the item was placed on the agenda. This is a curious sentence, to say the least. Perhaps the office of the City Attorney wanted DONE to check the CeSPNC bylaws for the relevant authority. That should have been simple, because the CeSPNC bylaws have a straightforward section that describes removal of officers. DONE should have checked (or asked) and they would have seen in Article V Section 9:

That's fairly straightforward. I personally disagree with the idea of removing board members from the board absent extremely compelling circumstances, but these are bylaws that were subject to challenge by the city when they were proposed, and DONE approved them. As to appointment and removal of officers (without removal from the board), it should be entirely up to the board who its officers are to be.

In other words, the agenda item to remove the president was legal, whether or not the office of the City Attorney had qualms. At worst, it was up to DONE to either agree that the agenda item was lawful or to come up with a compelling legal argument that the agenda item was questionable. DONE seems to have done neither, but simply argues that CeSPNC is barred from creating any such agenda item for the indefinite future -- that is to say, unless or until somebody in the DONE offices actually reads the CeSPNC bylaws. It might even happen some day.

The DONE letter also raises an additional point. A second agenda item calls for the censure of a board member (presumably the president). DONE's letter claims that since the CeSPNC bylaws do not have a process for censure, this agenda item would involve doing something that is forbidden. (The actual wording in the letter tortures the English language, but the meaning can be ascertained.) The logic behind this assertion escapes me. Let's consider:

Censure is just a word that can be conveyed in the form of a motion. It is a way for an elected board to convey its distaste for the actions of one of its members. It is described and explained in Roberts Rules of Order, which is the prevailing parliamentary authority that is used by the CeSPNC board. Roberts Rules is used by tens of thousands of organizations throughout the country, and the meaning of the censure motion is clear. If you read Roberts Rules carefully, it becomes clear that a motion of censure does not necessarily suggest anything immoral or dishonest on the part of the censured party. It can just mean that the board disagrees with an action that was taken. I seems perfectly clear that taken at this level, a censure motion would have been logical, albeit unnecessary.

I should point out that my own neighborhood council has kept the word censure out of its bylaws for its entire 15 year history because we saw no need to include it in the bylaws. We have always treated it as a simple motion that would be available to us if necessary.

In any case, there is no reason to know whether the motion of censure would have been passed. My guess is that if the president had been removed, the board would have dropped the motion to censure, making the whole point moot.

As in the previous argument over the right to remove a board officer, DONE has things all twisted here. There is a good argument to make that a motion to censure would be perfectly legal, and even if it were not so, the action to place CeSPNC in exhaustive efforts in advance of a board vote, based only on the existence of an agenda item, is preposterous. Passing one unwise motion, or even one improper motion, is not something that has generally led to exhaustive efforts in the past. I would be surprised to learn that something like that had ever happened previously. It has traditionally taken an extended period of severe dysfunction before a neighborhood council gets put in EE.

Considering that CeSPNC is basically being accused of lacking diplomatic skills, it is of interest to examine DONE's diplomatic capability. This is from DONE's letter to the board:

It's just a small overstatement to describe DONE's power grab as Orwellian or fascistic. DONE claims that it can compel board members to attend punitive workshops, that it can write its own meeting agendas for the neighborhood council, and that it can take over the running of any and all meetings of that council. I wonder how they expect to compel board members to attend the retraining workshops, considering that DONE is neither a court nor a police department.

Based on the remarkably weak case made by DONE in its exhaustive efforts letter, it is reasonable to conclude that somebody in DONE was taking sides in an internal political dispute between board factions. There may be some unusual cases in which it is proper for DONE to support one side against another, but it is obviously not the case for this neighborhood council.

I'd like to note a couple of basic points. One is the remarkable double standard that is being applied to this neighborhood council compared to quite a few other councils over the past 15 years. A second point to consider is the confused and ambiguous position being occupied by the office of the City Attorney. DONE is treating the office of the City Attorney as being equivalent to a judge, that is to say, someone with the power to decide on an issue and enforce that decision. But the DONE letter merely refers to an opinion without providing specific facts or logic. Surely this is something that should be included in any such letter.

Tuesday, June 13, 2017 is the next scheduled meeting of the Central San Pedro Neighborhood Council. If DONE has its way, the meeting will be run by a DONE staffer, and the agenda includes items designed to rub the board's nose in its lack of fitness. DONE invited CeSPNC board members to offer suggested agenda items, but then pointed out that "The Department may add/remove/modify items or leave as is."

Considering how well DONE (aka "The Department") has performed so far in this unfunny farce, it is almost amusing to note DONE's claim to expertise in agenda writing and running meetings.

The best thing to happen would be for DONE's acting director to remove CeSPNC from exhaustive efforts no later than Tuesday morning so that the board can attempt to recover from the damage that has already been done to it.

(Bob Gelfand writes on science, culture, and politics for CityWatch. He can be reached at [email protected])  Graphic credit: Random Lengths news.