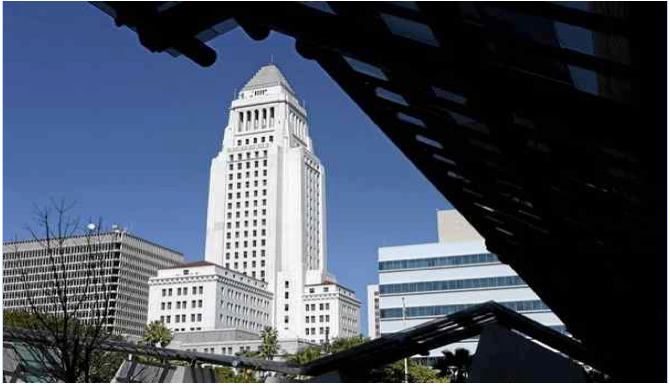 RANTZ & RAVEZ--After nearly three weeks of budget meetings with Department Heads, Councilmembers, the Budget and Finance Committee, various city staff, the City Administrative Officer, the Chief Legislative Analyst, and a host of other city hall personnel and members of the public, the final city budget for next fiscal year has been approved and presented to the people of Los Angeles. What can we expect to see as we move into the next fiscal year starting July 1 with this $9.2 Billion Budget? Just think what you could do with $9.2 billion if you ran the City of Los Angeles.

Let’s start with Public Safety. Since crime is continuing to increase and our fire department is short on staff and continues to be forced to hire firefighters on overtime to maintain minimal staffing levels, additional dollars are going to both departments. The LAFD is set to hire 75 firefighters while the LAPD will hire 45 civilian employees to perform administrative duties that have been and are currently being handled by able-bodied police officers. This measure should provide additional officers for field duty. When the field forces that comprise the 21 patrol divisions are fully staffed, the response times are reduced and the public receives improved police service. Also, the officers have additional personnel and resources to better Protect and Serve the people of LA.

In speaking with officers from various sections of the Department, it is common knowledge that most if not all patrol and specialized divisions are short staffed. The LAPD has always had a “can do” attitude with or without appropriate patrol units and resources in the field. It is similar to the military in that those selected to serve do the best they can with the resources they are given. It may be that is why they call law enforcement a quasi-military organization.

There is approximately $24 million earmarked for Vision Zero, a plan created by the mayor and city officials to end pedestrian and traffic accident fatalities throughout Los Angeles. Looking at the current traffic collision data for LA, there is a lot of work to do with that $24 million, based on the current traffic division statistics. The following traffic collision statistics reflect the collision trends and numbers throughout the city:

Motor Vehicle vs Ped major injury is up 25%.

So, what will the Police Department do with the $24 million appropriated to end fatal traffic collisions and injuries?

They need to start by returning to the impounding of vehicles driven by those who do not have a driver’s license. Now that undocumented people residing in California are able to obtain a license, unlicensed drivers operating motor vehicles in LA should have their cars impounded. This is an effective way to reduce hit and run traffic collisions and improve safety. Not impounding vehicles is a policy the LAPD created to establish good will with the motoring public but it does no good in changing the poor and unsafe driving patterns of motorists. The deployment of additional motor officers and traffic enforcement units can do wonders to reduce driving speeds and gain compliance in yielding to emergency vehicles. It is truly frightening how many motorists fail to yield to fire trucks, ambulances and police vehicles responding Code 3 emergency calls for service.

The City’s Department of Transportation can return to conducting timely traffic speed-zone surveys. Many of the surveys throughout the city have expired and the Department of Transportation has been negligent by failing to complete the surveys. They are necessary for officers to enforce radar in all areas of the city. Without the survey, an officer is not permitted to use the radar device.

The $24 million can be put to good use to help the city accomplish the goal of Vision Zero and eliminate deaths and injuries on Los Angeles roads due to traffic collisions.

Having worked a number of years in all aspects of Traffic Enforcement, including motorcycle detail and instruction at the LAPD Academy and with the California Office of Traffic Safety, I know the dedication and expertise is there to accomplish Vision Zero with all parties at City Hall and the LAPD working as a team.

There will be funds earmarked to address the homeless situation that is continuing to grow worse in Los Angeles. While its roots can be traced to Skid Row in downtown LA, homelessness has spread throughout the city. From the South to the North to the East and West the homeless are everywhere -- in shrubs and freeway underpasses and overpasses and alleys – literally everywhere.

It has become common throughout the City to see homeless people living on the streets when you walk or drive around your community and visit other neighborhoods. Can anything really be done to help move the homeless off the streets and into housing and possibly a job? The city has placed $176 million aside for homeless services.

The passage of Measure HHH provided for more dollars to be added to the homeless assistance fund, generated by additional property taxes. Voters approved the measure out of frustration with the continuing growth of the homeless population. We will see how this all works out. I see large housing developments being built throughout LA but unfortunately, most of the units being built now are at or above market rate and leave very little if anything for senior housing or affordable rents to accommodate the homeless population.

While the city proposed building 10,000 residential units to house the homeless now and in the future, I truly don’t see that happening. Given that the cost of land in Los Angeles is very expensive and communities do not want to deal with homeless neighbors, I see more tax dollars being collected with little to show for it. I will continue to report on this matter since it impacts so many neighborhoods and people throughout Los Angeles.

From those who have filed lawsuits and the taxpayers who have paid the bills and fines, it is not the police that closed an eye on the homeless population that live and camp on the streets of Los Angeles. The police are following the law as interpreted by the courts.

I will review more of the 2017-2018 Los Angeles City Budget in future RantZ and RaveZ.

Some Items of interest.

No Car, no problem. In Sacramento, three public housing areas now have a mini-fleet of free Zip cars to make their way around Sacramento. Up to 300 residents can apply for on-demand access to the vehicles with no charge for maintenance, insurance or power for the electric vehicles. The California Air Resources Board is funding the program with a $1.3 million grant. Talk about a Free Ride! This really takes it to an extreme. Why work when you can live for free and receive Section 8 housing, an EPT card for food and the free use of a car! Like some like to say…only in California!