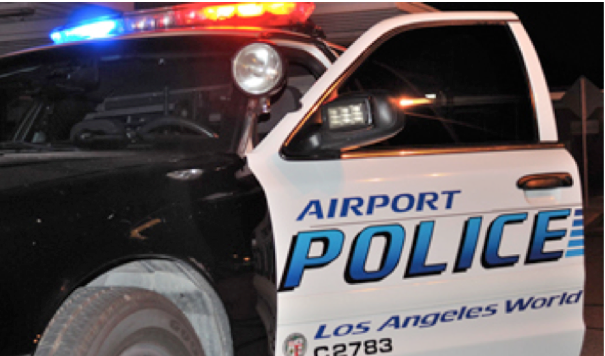 GUEST COMMENTARY--What would you think if you were repeatedly rejected for promotion in favor of a less qualified and less experienced candidate? What conclusion might you arrive at if these "nationwide" searches always seemed to result in locals with ties to the current leadership being selected? How would you react if you saw a deterioration of morale of your fellow employees and how the unprepared outside hires were jeopardizing the mission?

Somewhere in this process, something is failing. Let me assure you that this failure is not on the part of the men and women who proudly put on the agency's uniform for 25 years and are then told to take a seat at the back of the bus.

Over the last 12 years, the top three law enforcement positions at the Los Angeles Airport Police Division (LAXPD) have been filled a total of 19 times in which appointments were made, on an acting, interim, or permanent basis. Only once was a position permanently filled by someone from within the LAXPD. In other words, LAXPD officers have been passed over 18 times for senior-level positions in favor of individuals from outside police agencies. As one of the most highly trained and specialized airport police forces in this country, we must ask-why is there a bias against hiring from within the LAXPD?

Let's take a look at the facts.

Fact #1: LAXPD officers are highly trained and educated in airport police functions and have a strong bench of qualified applicants for its leadership posts. The airport police currently patrol Van Nuys (VNY), Ontario International (ONT) and Los Angeles International (LAX) airports. LAX itself is a unique setting with its massive physical footprint; multiple variants of travelers from culturally diverse geographic areas; numerous levels of employee access; complicated mechanics of safely moving hundreds of large aircraft daily and all of the other complexities associated with the busiest airport on the west coast.

The highly-skilled men and women have expertise not learned nor practiced in any other policing environment, as they deal with aviation-specific issues including hijackings, terrorism and airport crime, as well as interact and coordinate with federal agencies including CBP, FBI, and TSA. In addition to enforcing local, state and federal laws, an airport police officer has to be well versed in municipal policing strategies. Currently, airport police officers assigned to Ontario International Airport are also Emergency Medical Technicians (EMT) trained and certified as Airport Rescue Fire Fighters (ARFF).

Fact #2: Within the last month, two individuals from outside the LAXPD were hired by the Los Angeles World Airports (LAWA), which manages the city-owned airports, to fill two vacant assistant chief positions even though there were highly capable LAXPD command level officers who could lead in these positions. Two LAXPD captains have law degrees, two hold master's degrees and the rest have bachelor's degrees. All have been with the force for over 25 years. The LAXPD captains would have been more than capable of taking on the assistant chief positions, as they have extensive background managing our airport police force of well over 500 total sworn officers.

Fact #3: LAXPD personnel has been passed over eighteen times in the last twelve years for the top three positions within the LAXPD. LAXPD candidates have been continually dismissed by LAWA for promotions in favor of people from external police agencies. Currently, all executive command staff positions are occupied by people from outside police departments, making many LAXPD officerswonder aloud if there is a glass ceiling for our personnel.

Fact #4: Airports remain a top target for terrorists. LAWA is jeopardizing safety by continuing to fill the LAXPD's senior leadership with untested individuals from outside police agencies who have no experience in the highly-specialized work airport police perform. LAX is the second busiest airport in the country and traveler security should not be put at risk by staffing our top ranks with unprepared and underqualified candidates who are looking for a golden parachute to ease into retirement. Time and time again LAX leadership positions are filled by outsiders who never fully engage and take our department to the next level, perhaps because they weren't the best fit to begin with.

(George Holt is a retired LAXPD Sergeant with 25 years of Southern California law enforcement experience. He was also an experienced SWAT team and canine supervisor. He is currently the executive producer and host of the "Ride Along Radio Show" on the Morris Media Network.)