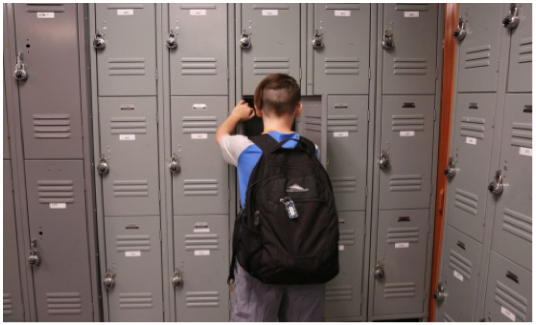 Though Alliance has been cleared of suspicions that it might have used public tax dollars in its heated anti-union campaign, the report did criticize the charter management organization’s compliance level with federal student privacy rules when it released protected student data to third parties.

The conflict dates to March of 2015, when a group of Alliance teachers and counselors announced its decision to organize a union and join the United Teachers Los Angeles (UTLA). In that same month, according to auditors, the Alliance Home Office, which is Alliance’s nonprofit charter management organization (CMO), created a special account and spent nearly $1 million of a $1.7 million war chest raised from private donors.

Both sides were quick to claim wins in the findings. An Alliance spokesperson was quoted as saying the audit represented a vindication for the franchisor. For its part, California Charter Schools Association (CCSA), whose own role in using Alliance parent-student data was examined by auditors, released a statement commending Alliance but downplaying the audit’s privacy criticisms.

“The audit confirmed that all public funds received by the Alliance College-Ready Public Schools were directed to the classroom,” it stated, “and that per-pupil classroom spending at three Alliance charter schools reviewed for the audit had in fact increased during the period of 2013 to 2016.”

But Alliance teachers claimed a victory in what they said amounted to the first official acknowledgment by the charter that it was actively fighting unionization.

“The Alliance has been claiming over and over again that they’re not running an anti-union campaign,” said Alisha Mernick, an art teacher at Alliance Gertz-Ressler High School. “They’re really still sticking to this narrative that this is an illusion that we’ve painted as some kind of tactic. In this report, it says this is the anti-union campaign. This is dollars spent, documented carefully.”

Charter schools are publicly financed but privately operated, and fears by the state legislature’s Joint Legislative Audit Committee that the 12,500-student, 28-school Alliance network, which is the largest charter chain in Los Angeles, might be misspending tax dollars, became one of the audit’s objectives. But the committee also tasked the auditor to look at whether Alliance’s use of the confidential information about parents, students and alumni had violated the protections of the Family Education Rights and Privacy Act (FERPA).

Those concerns were prompted by reports that part of the anti-union effort was led by CCSA, the state charter industry’s trade and lobbying organization. CCSA had recruited former Alliance students and paid them to work at a phone bank in an outreach program that asked Alliance parents to oppose the union drive. Parent and student phone numbers and addresses are considered protected data under FERPA, and parents have the right to opt out of allowing a school to share the information with third parties.

On the first allegation, the auditor found that although the school’s charter management organization, Alliance Home Office, had spent $917,759 as of June, 2016 on the union fight out of a total of $1.7 million in private philanthropy raised to block the union, that money was segregated in a separate account from tax revenues. Auditors also said that Alliance had used an additional $2 million in pro bono legal work in the campaign.

That grand total drew a sharp rebuke from UTLA President Alex Caputo-Pearl. In a statement, Caputo-Pearl blasted Alliance’s spending priorities, charging that “Raising funds for a war chest to fight your own employees is just plain wrong. Operators of publicly funded schools should be working to see that every available dollar is spent to further quality education for students.”

But giving student directory information to CCSA was another matter, according to auditors. The report rejected Alliance’s claim that under FERPA’s broad exception of “legitimate educational interest” it was free to share confidential student information without undergoing the cumbersome process that requires parents to annually opt out of waiving their privacy rights. The catch, auditors insisted, was that Alliance would have had to define the terms of the exception in annual notifications to parents, which it had failed to do.

But even had the charter sent out the notifications, the audit had no way to verify Alliance claims that it removed student data based on required parent opt-outs for the simple reason that the school hadn’t bothered to save any of the parent letters. Though that lapse effectively allowed the CMO to narrowly dodge a FERPA violation, auditors felt compelled to warn the operator in an addendum that its carelessness did not equate to following the law.

“Alliance is putting undue emphasis on the fact that the deficiencies we found related to its management processes do not violate specific provisions of law,” auditors reprimanded. “Strong management processes, sometimes referred to as internal controls, help ensure that entities do not misuse public funds or otherwise violate the law.”

Teacher Alisha Mernick remains skeptical that Alliance followed the opt-out process at all before the audit, insisting that in her six years at Alliance, she has only one memory of ever passing out the letters.

“I remember handing out those letters,” she asserted. “You know, ‘These are your privacy rights. This is the law. If you wish to opt out from this policy, you need to write a letter, asking to opt out and deliver it to the office.’ The one and only time I’ve handed out that letter was after we learned about CCSA phone-banking parents.”

Rosalba Naranjo, who has a seventh grade daughter at Alliance Richard Merkin Middle School, and was an early supporter of the unionization effort, told Capital & Main that she knew nothing about an opt-out letter or any other notification from Alliance informing her that the school reserved the right to share her child’s information with outside vendors unless she objected in writing.

“I never received a letter saying I had that option,” said Naranjo. “But I think it’s wrong that parents are receiving mailer after mailer, telling us that teachers forming their union is going to be bad for kids. What’s bad is kids being exposed to all that negative propaganda.”

UTLA currently represents over 1,000 educators in independent charter schools within LAUSD’s boundaries. Forming a bargaining unit at Alliance would require a majority vote by Alliance teachers and other certificated staff.

Mernick thinks that both momentum and the support of parents are on the teachers’ side.

“When parents are able to connect that teachers are going to be advocating on behalf of our students,” said Mernick, “and [that] teachers having a more equal say in how our [school] works is ultimately going to be good for the students as well, parents have been supportive. I’ve yet to meet a parent who reacts negatively.”