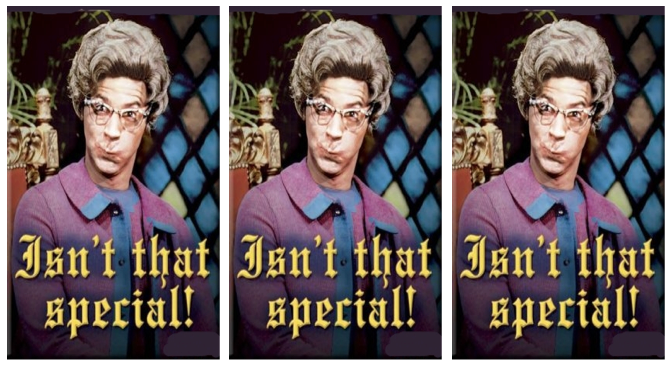 EDUCATION POLITICS-Right up there with motherhood and apple pie is the notion of a vibrant, functional public education system in which everything is done to find and keep the best teachers. But nothing could be further from the truth in the current public education environment that, over the last 7 years, has been openly hostile to teachers -- especially the more expensive high seniority teachers.

Senate Bill 807, “The Recruitment and Retention Act of 2017,” proposed by Senators Henry Stern and Cathleen Galgiani as "a first step to support teachers in a meaningful way," seems to be living in a universe of alternative facts that bears no resemblance to present reality, namely that the public education system has been targeting high seniority teachers at the top of the salary scale for the sole "crime" of being too expensive.

"SB 807 would recruit novice teachers to the profession by providing a tax credit for graduate school and credentialing exam costs. Plus, it [purports to] honor experienced teachers in the classroom for more than five years by eliminating their state income taxes from 2017-2027 -- the equivalent of a 4-6 percent raise."

The question that suspiciously goes unaddressed is why is there a chronic shortage of public education teachers in the first place? To address this question one need only look at a school district like LAUSD or any one of the hundreds around the state and the country that have systematically targeted expensive high seniority teachers. This has caused these districts to hemorrhage thousands of teachers, creating the problem SB 807 now purports to deal with.

Looking carefully at the facts, one can see that the war on these teachers coincides with the hemorrhaging of students to equally abysmal charter schools, taking with them their state-funded Average Daily Attendance and other state and federal payments. This has put districts like LAUSD on the verge of bankruptcy. Their solution? Target and get rid of the best seasoned teachers to balance the budget and continue to collude with corporate charter operators. Remember, Betsy DeVos didn’t come from nowhere.

SB 807 proposes a tax credit for all money spent toward acquiring a credential or certificate or for offering senior teachers with more than 5 years teaching experience exemption from state taxes. This is similar to treating the self-inflicted disease of public school privatization with charters, instead of addressing the underlying disease, which is charter schools that by every objective standard not only don't do better than traditional public schools, but more often than not do worse.

The politicians dealing with SB 807 in Sacramento don't seem to have a clue about this reality. If you would like to take a more participatory role in our democracy, might I suggest you give them a call?

If you are in California, please join us in Sacramento at the State Capitol on April 5 at 9:30 a.m. to attend the CA State Senate Governance and Finance committee hearing on SB 807.