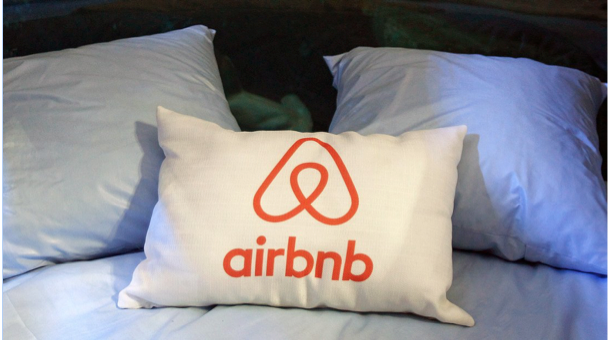 EASTSIDER-We knew that after all the usual rascals were reelected (except for a runoff in CD 1,) the next step is for our City leaders to wrap up the short-term-rental Ordinance with Airbnb and their progeny. What we have not known about, is the mysterious contract that the City entered into with Airbnb to collect taxes, even though there is still no Ordinance. Just as a reminder, under current law, short-term rentals are illegal in LA City.

So, a couple of weeks ago I fired up my trusty computer and sent a Public Records Act request to Council President Wesson’s office. In a pleasant surprise, they were very responsive, and it turns out that the keeper of these particular records lies within the purview of the Finance Records Center. They supplied me with the actual contract, and you can find it here.

Remember, the directive to make a deal for the City to get Transient Occupant Tax (TOT) from Airbnb goes all the way back to May of 2015, when then CAO Miguel Santana was directed to negotiate such an agreement. You can find that document here.

Most interesting to me in the paperwork was the bald assertion that “the City is legally entitled to collect TOT from short-term rental hosts, directly or via agreements with hosting platforms, while continuing to develop overall short-term rental policy.” Nowhere, of course, was there a shred of statutory authority cited for such a proposition. Thank you, City Attorney Feuer, for your due diligence.

The major elements of the contract are clear. First, the City and Airbnb agree that in its collection function, “Airbnb is not a party” to the transactions. To protect Airbnb in this legal fiction, they are awarded the special “get out of jail” status of becoming an independent contractor to the City.

The way the deal works is that Airbnb agrees to collect the TOT dollars and report aggregate (as opposed to the individual transaction) information to the City along with the bucks.

They munificently agree to “contractually assume liability” in their role of independent contractor, but the method of keeping track of the TOT fees is fixed so that no one will ever know if they are cheating or not. Here’s how. The City will only have access to “anonymous accounts” for audit purposes.

Let’s parse this. As the document states, “Airbnb shall not be required to produce any personally identifiable information relating to any Host or Guest or relating to any Booking Transaction without binding legal process served by the Office of Finance on Airbnb with respect to such users.”

In exchange for this deal, Airbnb is expressly granted immunity from just about anything. Period. Just to make sure, there is even a clause which basically says that if push comes to shove, the Guests and Hosts themselves are personally on the hook for any bad things that happen.

And oh yes, it’s a three year deal. What a deal indeed.

The Loot and the Kicker

Between August 2016 and January 2017, Airbnb revenue under the agreement averaged between somewhere between $2.5 and $3 million dollars per month. Next fiscal year, the City is assuming about $36 million from the Airbnb agreement. For a City Council and a Mayor who can’t balance a budget, you and I know that this is mana from heaven.

If we had any belief that the City would actually engage in a fair process to consider amendments to the draft Ordinance -- since the City is already getting the TOT money, and the Ordinance is still not a done deal -- is there anything in this contract to prevent LA City from amending it to provide better terms for you and I? You bet.

Buried in the language is a kicker that states, “This agreement may be terminated by Airbnb or the Office of Finance for convenience on 30 days written notification to the other Party.” English translation -- if the City does anything regarding the final Ordinance that they don’t like, Airbnb can simply bail out of the TOT contract with 30 days notice.

Their two main concerns are (1) reducing the number of hosting days allowed by the Ordinance from 180 to 90, and (2) preserving the Rent Stabilization Ordinance (RSO) exclusion. As discussed below, I think they have good reason to be concerned.

First, in their January 25, 2017 cover letter to the PLUM Committee, the Planning Department proudly declaimed that “The amendment removed all references that permitted Home-Sharing in non-primary residences, and clarified that the prohibition on Home-Sharing in units subject to the Rent Stabilization Ordinance applies to all units, not just those that are renter-occupied.”

As with the actual Airbnb contract, the statement is all well and good on its face, but my question is simple. If all the underlying data is anonymous -- like in a Swiss bank vault or a Cayman Island bank account -- how on earth are we ever going to know if any of these statements are true? The answer is, we are not.

By the way, I’m not the only one to notice a pattern of secrecy in these municipal tax deals that Airbnb is negotiating. Fortune, in a recent article called “Airbnb Faces Scrutiny over Secret Tax Deals with Cities,” also reports this as an emerging pattern of Airbnb in their run up to an IPO.

Let’s face it. Airbnb has learned from their expensive and contentious attempts to fight City Halls across the nation. It’s a lot cheaper to simply buy the elected officials off through local fees like LA City’s TOT.

I have to admit, Airbnb has come a long way from a couple of guys renting an air mattress in their loft and providing breakfast to help them make ends meet. This is now a big business that recently did another $1 billion dollar offering, and is estimated at being worth around $31 billion if and when they do an IPO.

Based on all the above, I’m doubting that the final version of the Ordinance will be improved over the draft, and it could get worse. At 180 days/year of rental, it is assured that the character of our neighborhoods will change, and I see no provision that will improve infrastructure to accommodate the increased load on our utilities, streets or sanitation.

Of course, if you are a supporter of Airbnb, or thinking about it making some money for you, then you’re going to be able to rock ‘n roll with it…all the way to the bank!