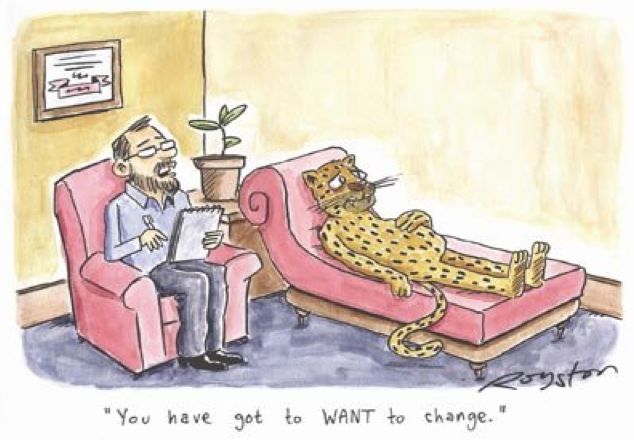 PLATKIN ON PLANNING-LA’s March 7 election appeared to be decisive. Measure S, the Neighborhood Integrity Initiative, was soundly defeated. As a result there is no legal mandate to stop the steady flow of pay-to-play mega-projects that the City Council approves through spot-zoning and spot-General Plan Amendments. Likewise, there are no clarifications to the City Charter’s prohibition on these legislative actions. Likewise, there is no mandate to quickly update the General Plan or to produce a finding that every ministerial (by-right) land use decision is consistent with the General Plan.

Nevertheless, such prominent opponents of Measure S as Mayor Eric Garcetti and the Los Angeles Times immediately sounded like they made an about-face. Within a day they repeated many Yes on S’s campaign points. They cautioned that the election results should not be over-interpreted. They both stated that the defeat of Measure S should not justify City Hall maintaining the status quo of pay-to-play spot-zoning substituting for a legally required professional planning process.

More specifically, on March 9 Mayor Garcetti issued Directive 19. It is a comprehensive executive order that, if actually followed, could make a significant difference in the way Los Angeles is planned. Its 18 specific sub-directives almost sound like the points I have repeatedly offered in many CityWatch columns. For example, the Mayor wrote, “The Director of Planning shall develop a schedule for the immediate systematic public review and update of all elements of the General Plan, with a periodic review process to occur every five years thereafter. This program should include the review and possible updating of the thirty-five Community Plans.”

But, let’s not count our chickens before they hatch. This is what I read between the lines, and why I fully expect that little will change at City Hall. Appearance should never be confused with substance, especially when it comes to our esteemed elected officials. The City Hall leopard is not about to permanently change its spots.

Why the appearance of reconciliation by the Mayor and the LA Times?

The no on S campaign had a strong victory on paper, but it was only a superficial ballot box victory. In the words of the LA Times, “Measure S tapped into the angst that many Angelenos feel about how growth and development are changing their communities, and in some cases displacing their inhabitants. The concerns over density, traffic and gentrification are not going away because the forces behind them are not abating.”

To paraphrase the LA Times in straightforward English, about six percent of the voting public was persuaded by duplicitous arguments. The no on S victory depended on farfetched claims that Los Angeles could address its housing crisis through new luxury housing and trickle down deals from real estate speculators. Meanwhile, as the public waits for these miracles, they do not like what endless real estate speculation produces in Los Angeles: unplanned density, with its predictable consequences of displacement, gentrification, and traffic congestion. The LA Times and the Mayor recognize this will be the real outcome of the no on S victory. They also know that goose laying its wonderful golden eggs could be sent to the slaughterhouse in the next voter initiative.

And they also know their victory came with another serious cost. It was based on explicit promises to the Democratic Party’s liberal base in Los Angeles, and there is little chance that City Hall can deliver significant housing for the homeless, even through Measure HHH and inclusionary housing via linkage fees and Measure JJJ.

What other flies are in the no on S ointment?

1) The urban growth machine’s tactic of turning to the California State legislature to override local land use planning will run its course. In fact, many activists already are targeting the errand boys of the real estate industry, like Santa Monica Democrat Richard Bloom. A few defeats of these surrogates will quickly realign local planning politics.

2) Many major projects are in the pipeline. Measure S might have stopped them, but its defeat means they will soon appear in many Los Angeles neighborhoods. They will generate displacement, traffic snarls, and demolitions. They will also result in many more project-specific movements and lawsuits. In fact, the defeat of Measure S is a full employment act for land use attorneys and the experts they hire to pursue their cases.

3) Real estate investors will still engage in soft-corruption at City Hall by making a variety of payments to elected officials.

4) Without Measure S cleaning up the City Charter, many new real estate projects will apply for and obtain spot-zones, spot-Height District changes, and spot-General Plan Amendments. The Charter’s unclear findings for General Plan Amendments will continue, despite a lack of evidence of good zoning practices and public benefits.

5) Even though the City Charter bars individuals from initiating General Plan Amendments, the Department of City Planning will still do this on behalf of large real estate investors, in conflict with spirit of the City Charter.

6) Real estate investors will continue to select their EIR consultants, and all EIR findings of significant environmental impacts will be cast aside through the City Council’s Statements of Overriding Considerations. Boilerplate about mega-projects generating jobs and transit ridership will be approved with perpetual 15-0 City Council votes. Once adopted, these claims will never be monitored or verified.

7) The updates of the General Plan’s citywide elements and its Community Plans will continue to rely on chronically inflated demographic data from the Southern California Association of Governments (SCAG).

8) Once updated, the General Plan will not be regularly and reliably monitored to determine if its demographic assumptions are correct. Likewise, City Hall decision makers will never know if the updated plans’ implementation programs appeared and if they meet the General Plan’s goals.

9) The General Plan will still be prepared and adopted in reverse order, beginning with re:codeLA, then Community Plan updates, and finally the citywide General Plan elements, such as the General Plan Framework element.

10) Code enforcement will continue to be the weakest part of the land use process. Zoning and building code violations will still be rampant, with contractors regularly gaming the system since they know that Building and Safety cannot or will not stop their dirty tricks.

11) Finally, it is unimaginable that the Mayor will fire any General Managers who slow walk his 18-point planning-related directive. Mayoral precedents of showing three recent Directors of Planning the door for not processing zoning applications quickly enough will not repeat with Directive 19.

Can the City Hall Leopard Change its Spots?

CityWatch readers, please join me in a City Hall Watch, to see what unfolds at City Hall after the March 7 election. Will it be the pieties of the Mayor and the Los Angeles Times? Or will pay-to-play return to City Hall after a short vacation? Will the leopard’s spots quickly return?

(Dick Platkin is a former LA city planner who reports on local planning issues in Los Angeles for CityWatch LA. Please send your comments and corrections to [email protected].) Prepped for CityWatch by Linda Abrams.