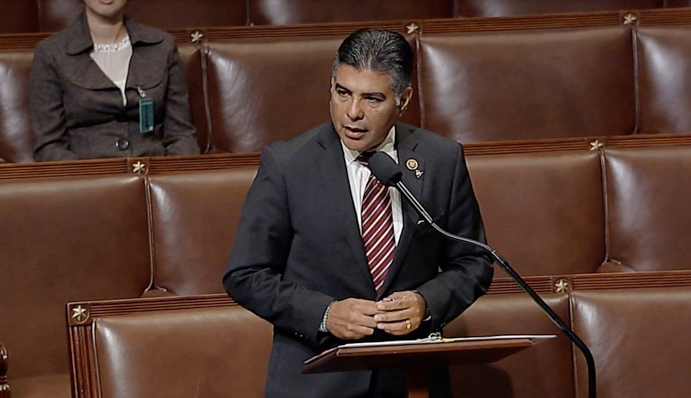 GUEST WORDS--Right after I graduated college something happened to me that has happened to many other Latino men but few other Members of Congress. My brother and I were pulled over by the police in broad daylight. Suddenly there were five police cars surrounding us. My car was turned inside out without reason. I was questioned belligerently by the police. And we were asked, ‘what gang are you a member of?’ I remember it like it was yesterday.

This is a reality for many Latino men. And right now, it’s Daniel Ramirez Medina’s living hell.

I have serious concerns about the way Mr. Ramirez Medina is being treated. I’m even more irate over the ICE agent’s alleged comment that because Mr. Ramirez Medina wasn’t ‘born in this country,’ it didn’t matter that he is a legal DACA recipient.

This incident is a clear example of the deep-rooted, fundamental problems in our system – especially when it comes to immigration and criminal justice. Not everyone in our country receives fair and just treatment.

ICE’s detainment of Mr. Ramirez Medina, in addition to their LA-based raids and their general lack of transparency, leads me to assume the worst – that this Administration has unleashed a chain of events that will diminish the safety of our country and the stability of our economy for American citizens and immigrants. The Trump Administration has decided to disregard the dignity of our friends and neighbors.

Is it the new Administration’s policy to disregard a person’s legal, government-issued work and residency documents, simply if they weren’t born here? Will we continue to see raids on our communities tearing parents away from their children? Are DACA Recipients and DREAMers in danger? Can we take President Trump at his word that DACA recipients ‘shouldn’t be very worried’ because he has ‘a big heart’?

As an elected public servant, I demand answers to these questions, and I will not be silent until I have answers.