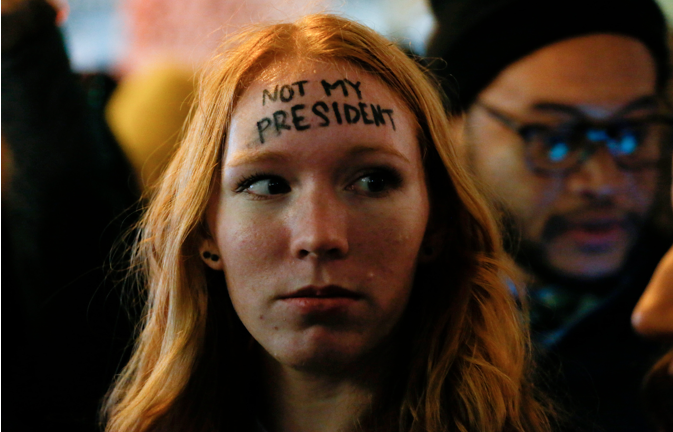 WESTWATER DTLA--Growing up in the 1960’s in the heart of Los Angeles, I experienced multiple different political movements and their demonstrations ranging from the civil rights protests to the Vietnam War protests.

Then, when I moved to DTLA (Downtown Los Angeles) in the 1990’s to help revitalize the heart of our city, instead of moving to the Arts District as my friends expected me to, I instead chose the area around 5th and Spring.

It was then a decaying old neighborhood that, one hundred years earlier, had been the most important corner in DTLA and the heart of the city. But it was then just a half-block from 5th and Main - a notorious corner that was the entrance to Skid Row as well as being the heart of the largest drug selling district in the world.

And others then too soon came to this area to help fix the heart of our city - and the people living in it. And - in a less than two years, a couple dozen of us who made what happened here, happen the way it happened - had all arrived. And while we had never met before, we were soon all working together.

I bring this up because 5th & Spring ended up being exactly half-way between Tom Gilmore's Old Bank District next to 4th & Main and Izek Shomof's Spring Street district between 6th and 7th and that meant the old heart of the old city had also became the new heart of the new city.

And that helps explain why the starting point of the Woman's March was in Pershing Square. Located just one block west of 5th and Spring, Pershing Square is the oldest park in LA and it had long been a free speech center of the city.

Our neighborhood is also a hub for demonstrations since City Hall and the County, State and Federal buildings are all just a few marching blocks away (as is the LA Times) and a subway entrance is a block away from 5th and Spring, directly across from Pershing Square. And 5th and Spring is also where the Spring Arts Tower has the largest book store in California, the world famous The Last Bookstore.

And that is why the Woman's March first gathered and then started to march from Pershing Square.

And those are the same reasons practically every single march, protest or demonstration in DTLA passes either through or within a half-block of the corner of 5th & Spring.

That then brings us to yesterday's march and what made it unique.

But before I answer one part of your question, I should state I have been politically involved and involved in community affairs since, at least, the age of five.

But I have never once marched in demonstrations or gone into the streets to protest. I have always felt my time was better spent doing the less glamorous and less exciting day to day details of helping make things better.

That, however, doesn't mean I don't - fully and totally - support the rights of people who wish to show what they oppose and what they approve of, through public demonstrations, as long as they remain non-violent. (Though I must confess, back when we were ruled by an overseas King, my ancestors were among those UI who fired the first shots of the Revolutionary War at both the bridges of Lexington and Concord. But things were a bit different then)

So to answer the bulk of your question, yes I feel the demonstrators had legitimate reasons to show the rest of the nation what they were concerned about and what they supported.

And they tried to be on their best behavior as guests in our neighborhood. And that was a first for this neighborhood.

And, yes I agree there was far more of a sense of joy about their coming together here then there was despair over what they feared might happen.

And, yes I agree, many of them came here to have a good time and to enjoy themselves as much as they came out to protest.

But I don't think that in any way discredited their motives. If anything, it showed that these demonstrators were not just the usual suspects, and that they also represented those who don't normally march in the streets.

And, lastly, I will soon be posting more specific details and descriptions of yesterday's events and what may happen next.

(Brady Westwater is a writer and a longtime contributor to CityWatch. He is president of Westwater Films and Media. This perspective was posted first at Quora.com and is used here with the permission of the author.)