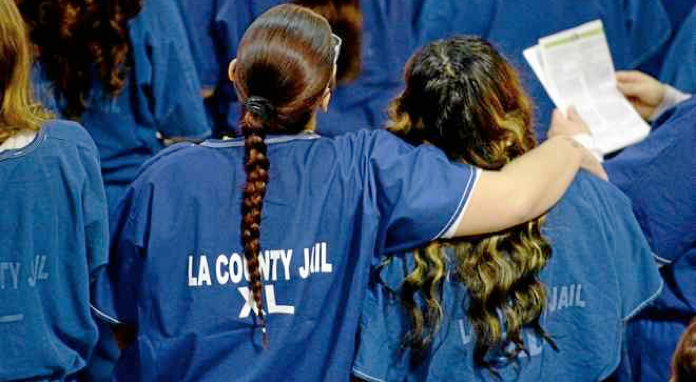 SUPRESSING PUBLIC COMMENT-Five months ago on March 8, the LA County Board of Supervisors passed a motion by Michael D. Antonovich to contribute $1 million to ongoing efforts to discover a vaccine for Valley Fever.

The disease, as the Motion describes, is an infection that is caused by inhaling certain fungal spores found in the soil and dirt.

When inhaled, the spores “attack the respiratory system” and although many infected individuals exhibit no symptoms or experience mild respiratory illness, according to Antonovich's motion, Valley Fever "can be life-threatening” to the immunocompromised and others who are at higher risk to contract Valley Fever including infants, adults over 60 years old, African Americans and Filipinos, diabetics, and pregnant women. He notes in closing that the incidence of Valley Fever has increased dramatically in recent years, including in the Antelope Valley.

Last Tuesday, the same five LA County Supervisors who voted in favor of the motion just described passed another motion related to Valley Fever -- approval of the Mira Loma Women’s Detention Center project including an EIR finding that all “significant adverse effects” of that project “had been reduced to an acceptable level.”

Disturbingly, a fact considered significant by the Board in the March 8th motion -- that Valley Fever can be "life-threatening” to certain vulnerable groups -- was completely absent from the presentation made to the Board regarding potential adverse effects of the project. This is crucial, because the facility will be located in Lancaster, in the Antelope Valley, where the rate of Valley Fever, according to the Board’s own statistics, is 1300% higher than that of the rest of LA County.

Although Supervisor Solis raised concerns about Valley Fever three separate times during the Board discussion, she never once asked about how inmates who fit one of the vulnerable profiles -- African-American, Filipino, immunosuppressed (including HIV-positive), pregnant, or some combination thereof -- will be kept safe. Most of these inmates just described have the additional vulnerability of coming from outside the region which lowers the chance that they have built up an immunity to the pathogen.

And it’s an important question, when you consider, for example, that according to the LA County Department of Health, it is appropriate to “warn people at high risk for severe [Valley Fever] not to travel to endemic areas when conditions are most dangerous for exposure.” [Acute Communicable Disease Control 2014 Annual Morbidity Report.] Those conditions include dust storms caused by the kind of high winds endemic to Lancaster. (Watch DPH powerpoint for the Santa Susana Field Lab Community Advisory Group.)

If it’s appropriate to warn a woman who is African-American or pregnant or both not to even visit Lancaster, how can it be appropriate to incarcerate her there?

That question would have been posed to the Board prior to their approving the item if Chairman Solis had not shut out the public. Having cleared the room earlier in the day, because of some rowdy protesters opposing the Mira Loma project, the Supervisors recessed into closed session for almost an hour. When they returned, the protesters were gone, leaving about twenty calm individuals wanting to speak on both sides of the prison item. And yet despite numerous calm entreaties for the public to be let back into the meeting, Chairperson Hilda Solis kept the doors shut.

It’s shameful. It will never stand.