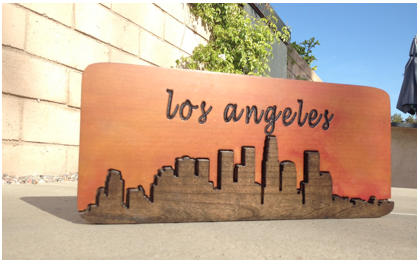 NC ELECTIONS RE-BOOT-We take issue with “Build Bridges Instead of Firewalls…”, Jay Handal’s CityWatch article that contains his NC Election Report. In it, he distorts the facts and offers little by way of practical solutions for future elections.

Issues with the voting process are not the fault of the Neighborhood Councils (NC) or their Bylaws, but of the dictates delivered by the Department of Neighborhood Empowerment (DONE). Much of what has been outlined disregards the real issues facing NCs and their relationship with DONE. Neighborhood Councils are the bridges for the stakeholders to the City and DONE has become the firewall.

The Los Angeles City Charter (Charter Section 900) in 1999 intended “to promote more citizen participation in government and make government more responsive to local needs….” The purpose of the Neighborhood Council System is to bring self-governance to the local level and engage stakeholders in that process. But standardization is the bane of NCs as it limits their individuality. Some NCs are round pegs and some NCs are square holes. This is hard for the bureaucrats to understand. Basically, NCs are like individual states in our country and are unique within themselves; no two states have the same election requirements or voting laws. NCs must have this same autonomy over their bylaws and elections.

Since the elections were taken away from the NCs, problems have increased exponentially. Every election cycle has been run differently with changes to election procedures, election dates and forced requirements that do not always comply with individual NCs’ Bylaws. Originally, NCs ran their own elections under the direction of DONE. Then they were given to the City Clerk. Then they were given back to DONE and the City Clerk, which is where we stand today. It is time for the experimenting to end. Stakeholders deserve better. DONE and the City Clerk are supposed to be the support for the NCs, not the master.

Handal misses the point when discussing the individual NCs’ Bylaws and their attempts to limit or exclude certain stakeholders within their districts. All NCs adhere to the definition of a stakeholder: “A ‘stakeholder’ shall be defined as those who live, work, or own real property in the neighborhood and also those who declare a stake in the neighborhood as a community interest stakeholder….” NCs may have different criteria for specific seats or categories on their board but no one is excluded, including non-citizens, the homeless, or the village gadfly. What works in Sunland-Tujunga or Studio City or San Pedro, may not work in Westwood or Chatsworth or Encino. One size does not fit all.

As far as the online voting debacle is concerned, California State Law prohibits electronic or online voting statewide, yet it was deemed by the powers-that-be in the City of Los Angeles that this does not apply to NC elections. The law applies to City elections, County elections, and State elections so why is a City government entity which receives taxpayer dollars excluded?

DONE courted the NCs to get them to approve online voting. In order to enlist the services of Everyone Counts, DONE reported they needed 35 participating NCs to cover the costs. They achieved that number but in the process gave wrong and misleading information to the NCs. None were advised that documentation requirements for online voters was not advised by the City Clerk.

The Studio City NC, for example, voted for online voting but added the documentation requirement out of fear of potential voter fraud issues with a new, experimental online voting system. Their fears were well-founded but for different reasons. Other NCs faced similar problems. A major issue with online voting was the impossibility of doing election verification after the election. No actual ballots were kept for the online votes and no final tally that reconciled the ballot count issued. Contrary to Handal’s calling the online voting a success, it was a huge failure and most NCs that participated would not do it again.

What faith can anyone have in an election outcome if it cannot be verified, especially when there are challenges of voter fraud?

Many NCs that used online voting had a decrease in voters compared to previous elections. Much of this is attributable to the difficulty of registering and voting online, disenfranchising the stakeholders. Some then came to the polls to vote but many did not. The actual figures do not exist, or DONE has not released them.

Duplicate voting was not the major issue surrounding the elections, whether online or at the polls. In at least two elections, Studio City and Sunland-Tujunga, these NCs’ specific documentation requirements and the proper completion of the voter registrations, were not followed. DONE enabled this lapse in protocol and tried to blame the NCs for their documentation requirements being too complicated. Election Day was not the time to make this allegation, particularly to complaining stakeholders. As far as it being easier to vote for president than in a NC election, it is important to remember that you must be registered in advance to vote in all City, County, State and Federal elections and you can only vote in the district in which you live. NC stakeholders do not have to live in their district, and can vote in as many NC elections for which they may qualify. In other words, it’s apples to oranges.

Another major issue is the misguided rules and enforcement of election challenges. Seamless is hardly the adjective that applies. There were no clear-cut guidelines and no specific election challenge panel(s) established. DONE relied on Regional Grievance Panels which were not really applicable. The rules fluctuated, and there was no transparency in the process. Challenges were dismissed without explanation and by an unknown entity. A specific case-in-point was the deplorable handling of the Studio City NC challenges and the reversal of an “unappealable” ruling. DONE maketh the rules and DONE breaketh the rules.

Due to the flawed elections, these motions by Councilmember Paul Krekorian are pending before the Los Angeles City Council:

File Number 04-1935-S1 motion (Krekorian-Wesson, Jr.) – instructed the Department of Neighborhood Empowerment (DONE) to report on improving the voting environment for future elections and on the actions that DONE intends to take to train staff, engage stakeholders to create uniform policies across all neighborhood councils, and insure a safe environment for voters free of electioneering.

File Number 15-1022-S2 motion (Krekorian-Wesson, Jr.) – instructed the Department of Neighborhood Empowerment (DONE) to cease the implementation of the online voting system for future elections until DONE completes a report with information about the experience of online voting for candidates, voters, staff and other stakeholders and on the actions that DONE intends to take to improve the implementation process, outreach, training, data security, and other processes.

There is much more that can be discussed but we will leave that for another day. In the interest of brevity, we have chosen to offer our experiences on the most serious issues addressed in Handal’s election report. In conclusion, if DONE really wants to empower LA, it should engage with the NCs before issuing new rules or changing the rules. DONE’s sole role should be to provide support to the NCs in building the bridges to empower LA.