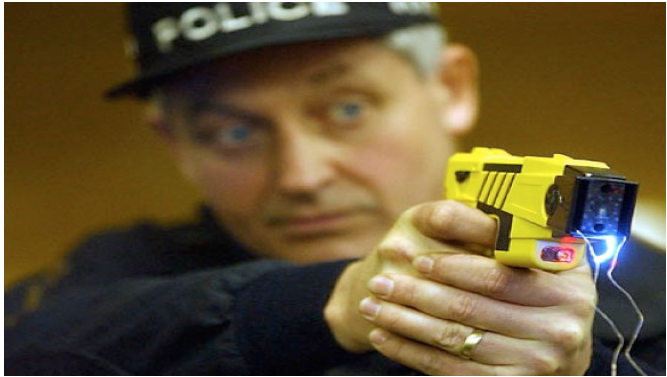 SEEKING SOLUTIONS-The facts surrounding the fatal police shooting of thirteen-year old Tyre King seem to be changing by the hour. The police version of events -- the officer shot Tyre because the boy was pulling a gun from his waistband -- has recently been challenged by the testimony of a second suspect being apprehended at the time of the death. According to that individual’s account, Tyre and he were ordered to lie on the ground. Tyre made a break for it, at which point one of the officers shot him multiple times.
Whatever version of the facts turn out to be true, the inevitable question will be asked: How can we prevent this from ever happening again?

We don’t presume to have the answer to that question, but one thing’s clear: Tasers are not the solution.

It’s an important point, because about two months have passed since Mayor Garcetti signed the massive body cam purchase order from Taser International, which contained an unwanted secret bonus up sell of 4,400 Tasers.  You may remember that just a few weeks ago, there was a huge uproar when Riker’s Island in New York announced a plan to introduce 20 new Tasers into the facility. We just got 4,400, and there hasn’t been a peep.

So why are Tasers the wrong solution for police shootings?

Because police shootings almost always happen in situations where the suspect is armed or thought to be armed, and, as any cop will tell you, a Taser is never the appropriate weapon to draw when confronted by a weapon-wielding individual. Like it or not, the only appropriate weapon to draw in such situations is the officer’s gun. Not to say he should fire it unless absolutely necessary, but he should draw it.

About twenty percent of the time, Tasers don’t work. Why? Because for a Taser to achieve its objective, two small dart-like electrodes must not only hit a moving suspect from up to several yards away, but also puncture the suspect’s skin. If one or both of the electrodes doesn’t get the job done, the Taser is worthless. If the suspect is wearing a thick jacket, the electrodes have little chance of achieving their objective.

Even if the electrodes meet their mark, other components of the Taser sometimes fail, and for some reason, there are people who inexplicably are not seized up by a Taser shock, particularly people who are psychotic or on drugs.

Once the Taser has failed, the officer is in trouble because a Taser gives you just one chance. One shot and it’s time to reload, by which time the suspect has had more than enough time to injure or kill the officer and/or nearby civilians. 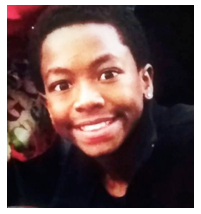 In the case of Tyre King (photo left), as well as in the cases of almost all police shootings of late, there was a belief on the part of the shooting officer that the suspect was armed. Once that belief took hold, drawing a Taser would have been inappropriate. So in precisely the circumstances when police shootings occur, Tasers are not even close to being the right weapon to draw.

None of this is to diminish the need for solutions to police shootings, nor is it a call for more gun-wielding by police officers. It’s just an acknowledgement of the fact that, whatever use a Taser may have (and there aren’t many, in our view,) solving our police shooting crisis is not one of them.