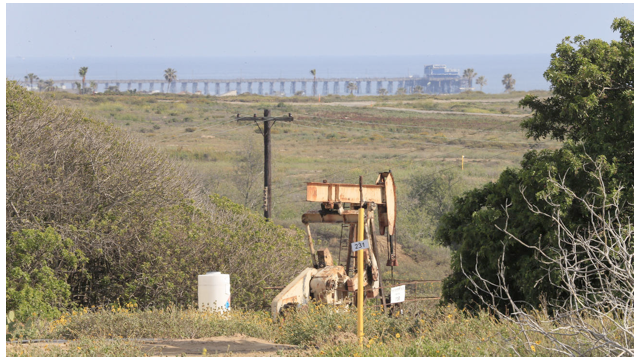 DEEGAN ON CALIFORNIA-There’s a romance to the phrase “Pacific Coast Highway” that is for many a burned-into-the-brain vision of wide open, empty bluffs dropping down to the sandy beaches of the California coastline, and the blue Pacific Ocean dotted with surfers.

Beauty, open spaces and the beach are often-cited attributes of the Golden State’s coastline. But, there is also an ugly side: dismissals, infighting, community uprisings, backroom dealing, and questions about the California Coastal Commission’s integrity. That matters.

Every now and then, along the pristine coastline of Central and Northern California, there’s a beach community; but for most of the 1100 mile-long coastline, except for 100 miles where development and military bases have eaten up almost all of Southern California’s coastline, the western edge of California, practically 1000 miles of it, remains unspoiled and very coveted by beachgoers and builders alike.

The majority of the coast is always at risk of being developed, and the watchdog agency to mitigate this is the California Coastal Commission. It matters how strong the commission is if it is to be able to push back against development and the cutting off of beach access to the public. Two big development projects, Sweetwater Mesa in Malibu and Banning Ranch near Newport Beach, show how the Commission is currently operating. One approval (subject to a lawsuit) and one “denial-but resubmit.” Failed state legislation preventing ex parte communications between commissioners and developers has intensified charges of “backroom deals.” The perceived integrity of the commission matters.

The recent firing of the commission’s executive director may signal a tilt toward development and away from preservation and environmentalism along the coast. That also matters.

The California Coastal Commission matters. It holds the power to shape the future of one of the state’s great assets: it’s mostly pristine coastline.

How did we get here? Like many significant developments in California history, it came by way of politics, in this case a voter initiative called Proposition 20, the Coastal Zone Conservation Act, which, in 1972, led to the state legislature enacting the California Coastal Act in 1976. The California Coastal Commission was born out of that Act, with a mission to "protect, conserve, restore, and enhance the environment of the California coastline.”

Developers wanted to create a private, planned community called Sea Ranch along the Sonoma County coast in northern California that would have included ten miles of coastline being cut off to public access. That sounded alarms. Activists gathered enough signatures to put Prop 20 on the ballot.

From this beginning, the Coastal Commission has worked, mostly in harmony with environmentalists and developers to find a balance for development along the coast, that is, until very recently when controversy erupted over the firing of longtime staff member and incumbent Executive Director Charles Lester in February 2016. Suspicions were that he was not “developer-friendly” enough. His termination is a wound that has not yet healed: no permanent replacement has been named, and many people suspect the CCC will reboot as a more “developer-friendly” commission now that Lester is out of the way. Who replaces him will set the tone, and that’s what has many preservationists and environmentalists worried.

No matter what the tilt of the commission, dealing with it can be an exhausting experience, as U2’s guitarist “The Edge” learned over ten years of trying to develop Malibu’s Sweetwater Mesa, located in a bluff high above the Pacific, into a residential housing compound. Dozens of lawyers and lobbyists, reams of required permits and public records, and hundreds of thousands of dollars in studies culminated in over 70 technical reports -- allegedly enough to fill 26 banker's boxes -- from what were called “all manner of experts — geologists, biologists, hydrologists, archaeologists, arborists, structural engineers, transportation engineer,” all to satisfy the needs of a very demanding California Coastal Commission. It’s this type of rigor that some feel will be compromised when the new commission director arrives.

When the Coastal Commission recently approved the Sweetwater Mesa project, the Sierra Club immediately filed suit to stop it. The opposite result came from deliberations about another big project: Banning Ranch. One stretch of coastline that is beyond redemption or much protection (because development happened before the Coastal Act was passed) is the segment in Southern California running from Los Angeles south to San Diego. With some exceptions, this area is already highly developed.

One notable exception is called Banning Ranch -- hundreds of acres on the coast near Newport Beach – which is the current cause celebre of anti-development groups. Plans to develop one of the last open spaces along the Southern California coast by erecting housing and a hotel, were turned down by a 9-1 vote of the Coastal Commission on September 7. That may have been more about “process” than “content,” and could resurface soon as a project. The developers can submit revised plans within six months. Opponents are using social media to campaign against it.

Like the Sea Ranch development in Northern California that kicked off the concept of protecting our coastline through rules and regulations administered by the Coastal Commission, and because it downsized its footprint along the Sonoma coastline, the Banning Ranch project may resurface in a modified form. It’s the “big project” right now.

The current “big issue” is ex parte communications between commissioners and developers, a practice that State Senator Hannah-Beth Jackson (D-Santa Barbara) has been trying to change. Her bill to ban private meetings between lobbyists and members of the California Coastal Commission was just voted down in the State Assembly, where only one dozen votes fell in her favor. Those that fear that backroom deals are how the Coastal Commission operates cannot be encouraged by the negative vote on the ex parte bill.

The Surfrider Foundation that says their mission is “dedicated to the protection and enjoyment of the world's ocean, waves and beaches through a powerful activist network” has posted this warning: “The most pro-development commissioners with the worst environmental voting records are attempting a coup to weaken the Commission’s ability to protect the public’s coast and undermine the integrity of the Coastal Program.” That matters.