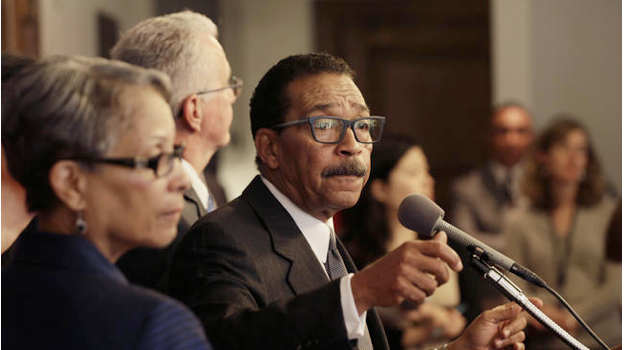 Many repeal opponents left the August 23rd meeting angry and frustrated that the Council, without public testimony or debate, had pushed the vote back another week. But with momentum strongly favoring the many homeowner groups and neighborhood councils who vigorously oppose the repeal efforts, the last-minute continuance apparently reflected concerns by some Councilmembers that the Council’s balance is now tipping against the Department’s proposal.

The Superior Court had ordered City planning and building officials to stop their unlawful policy refusing to enforce the City’s adopted second unit standards. The Planning Department responded by proposing that the Council should repeal the existing ordinance’s protective standards. This would mean the City “defaults” to very permissive state standards allowing 1,200 square foot second units (as large as many primary residences) to be built “by right” throughout the City’s single family residential zones, including sensitive hillside locations.

The Department marshaled public support for its repeal proposal principally from developers who were “stranded” in the midst of constructing second units that had been permitted under the LADBS’s unlawful policy of disregarding the City’s protective standards. To date, the Department has refused to consider the obvious alternative of “grandfathering” most of these stranded permit holders, while at the same time preserving and enforcing the current adopted protective standards for future permits.

Seeking to avoid opposition to its repeal proposal, the Department put it on a “fast track,” infuriating homeowner representatives. One typical homeowner recently wrote the Council:

Repealing this ordinance will have lasting negative impacts on the character and infrastructure of our neighborhoods.  Abandoning the city's local control of second dwelling units will leave us at the mercy of incredibly weak state standards, and throw open the gates to developers to further fuel real estate speculation in our neighborhoods.

You have several options at your disposal to bring the City into compliance with state law on second units. There is simply no reason to discard our protective local standards. If revisions to the Second Dwelling Unit ordinance are necessary, at the very least they must be considered with adequate public outreach, not on the current “fast track” basis, so that all stakeholders have the opportunity to consider proposed changes and express their opinion.

The homeowner coalition that opposes the Department’s repeal proposal stressed the positive aspects of the Council’s postponement of the second unit vote until August 31st.   Pointing out that the postponement meant opponents would have “one more week to make our voices heard on this issue,” the coalition urged:

The vote is shaping up to be very close. We have come so far since the PLUM Committee voted in favor of the repeal at the end of June, and we must keep the momentum going.  It is critical for the City Council to continue to hear how the proposed repeal would harm neighborhoods. We cannot simply abandon our local standards for the development of second units in single-family residential zones.

We have built a terrific coalition that has been active and engaged on this issue. Our efforts have not gone unnoticed, and we are in the final stretch.

There are three ways that you can help in advance of Wednesday’s vote:

(Carlyle Hall is an environmental and land use lawyer in Los Angeles who founded the Center for Law in the Public Interest and litigated the well-known AB 283 litigation, in which the Superior Court ordered the City to rezone about one third of the properties within its territorial boundaries (an area the size of Chicago) to bring them into consistency with its 35 community plans. He also co-founded LA Neighbors in Action, which has recently been litigating with the City over its second dwelling unit policies and practices.)