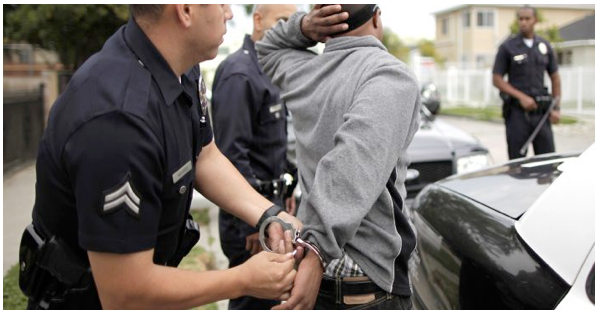 POT POLITICS--Although legalization of recreation marijuana did not pass in California in 2010, Robin Abcarian, with the LA Times  writes that marijuana is barely labeled as a “gateway drug” anymore, and you hardly find anyone saying it’s evil. Hence she believes that recreational use of marijuana will be legalized when it goes up for ballot in November.

Nearly two-thirds of California voters support legalization of marijuana for recreational use, according to a poll released on Wednesday by the Institute of Governmental Studies at UC Berkeley. From June 29 to July 18, 2016, 3,020 people were surveyed in this poll.

One of the arguments against legalization is that patients in California can be prescribed to treat practically any ailment. Therefore, according to such opposition, legalization for recreational use isn’t required.

Further, in 2011, California made possession of up to one ounce of marijuana a minor offense that is only as bad as a parking ticket.

“Black, Latino, and white people use and sell marijuana at similar rates, yet black and Latino people are more likely to be arrested for a marijuana law violation,” according to the report’s press release.

In addition, arrests of people under 18 for marijuana misdemeanors almost tripled in 2015 when compared to the time period before 2011 - when the charge for personal use possession was dropped to a misdemeanor.

Thousands of people are still being arrested for misdemeanor possession charges, giving away marijuana to other people, or possessing more than an ounce of marijuana.

Upon passing marijuana legalization, possession of marijuana concentrates, giving away minor quantities of marijuana would all be legal. People will also be able to grow up to six marijuana plants in their homes (which is now a felony). And plants can be sold and taxed like in Colorado.

“Colorado also collected more than $135 million in marijuana taxes and fees in 2015 — more than $35 million of which is earmarked for school construction projects,” The Denver Post reports.

With a population that is almost eight times larger than Colorado, California’s Department of Finance director Michael Cohen and legislative analyst Mac Taylor reported that California can potentially collect over $1 billion in tax revenue yearly if marijuana legalization passes.

It is argued that legalization will reduce the amount of arrests for marijuana-related charges. That means less people will miss work, lose a job, have an arrest on their record, or restrict their chances of leading a productive life due to a victimless act that shouldn’t be considered a crime.

An initiative to legalize recreational marijuana will appear on the November ballot.

(Neal Rodriguez is a technologist and journalist who has worked for the Neilson Company, AOL and the US Department of Defense. This perspective was posted most recently at Huff Post.)