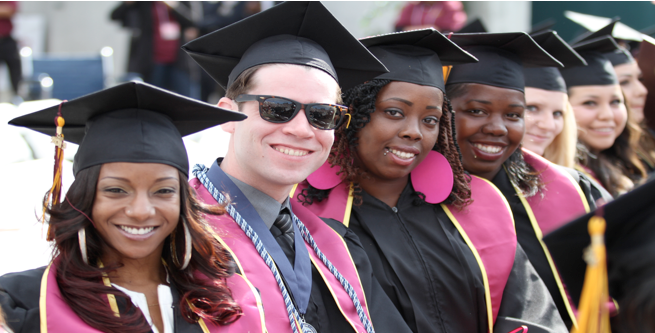 EDUCATION POLITICS--Globalization and technological change have shattered many of the economic models that have prevailed since World War II. This rapid change has driven justifiable concern about income stagnation and the prospects for this and future generations. Fortunately, there is a positive path forward through higher education, if we don’t take our eyes off the road.

California continues to boast the finest public higher education system in the world. Our community colleges, California State University and the University of California comprise the three pillars of the Master Plan for Higher Education that has served us well for more than half a century. These campuses have energized our economy and fueled the innovation and creativity that are hallmarks of the California Dream. They are a big reason why California has the world’s sixth largest economy. We can’t afford to take public higher education for granted when the State sets its Budget priorities.

Over the past several decades, there has been an unfortunate pattern of raiding higher education funding when the State gets into a fiscal jam. During the Great Recession, California’s community colleges lost $1.5 billion in State funding from 2008-09 to 2011-12. That lost revenue forced a 25% reduction in course offerings and shut 500,000 students out of the classroom. Fortunately, in the last few State Budget cycles, the community colleges have received healthy increases and it is imperative that this trend continues.

All of the numbers underscore the importance of fully funding all three branches of California’s public higher education system. Californians with a college degree will earn an average of $400,000 more in their lifetime than those with just a high school degree. For every dollar the State invests in students who graduate from college, it will receive a $4.50 return on that investment.

There has been some progress in restoring higher education funding in recent years, but much more needs to be done. It is essential that we accelerate State funding for all three branches of our higher education system and it is critical that the State resists back-peddling when the next economic downturn occurs.

(Dick Ackerman and Mel Levine are Co-chairs of the California Coalition for Public Higher Education. Ackerman is a former legislator who served as State Senate Republican Leader. Levine is a former Democratic member of the State Assembly and Congress.) Prepped for CityWatch by Linda Abrams.