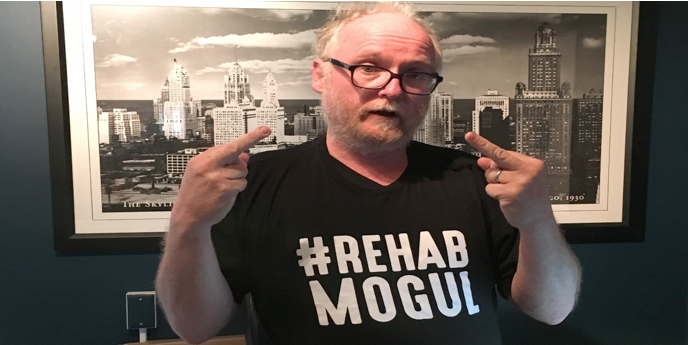 THIS IS WHAT I KNOW-Last Friday, ABC’s 20/20 detailed the unfathomable saga of rehab mogul Chris Bathum, (photo above) subject of an April expose in LA Weekly written by Hillel Aron. Bathum’s company, Community Recovery, Inc., took in over $30 million in revenue last year, despite his record as a convicted felon and, by his own admission, that he is neither a licensed drug counselor nor a therapist.

Bathum doesn’t even have a college degree and the only certification he holds is from a hypnotherapy institute. His legal troubles had been the subject of an LA Weekly cover story back in December. The founder and board chairman of a chain of over 20 sober living houses and outpatient clinics in California and Colorado has been the target of three lawsuits in early 2016 for allegations ranging from wrongful termination to sexual battery.

A pair of former patients at Bathum’s Community Recovery Los Angeles (CRLA) facilities alleges that Bathum had “isolated and targeted (the) plaintiffs and other women to prey on their addictions by using and supplying drugs around them, moving them to isolated hotel rooms and remote locations, encouraging them to use drugs with him, and sexually molesting them when they were high and/or incapable of consent.”

According to various reports, Bathum is the subject of over 50 lawsuits, including former client Amanda Jester who filed a suit that he had molested her in a sweat lodge during a meditation session. Another client, Erika Bruakis, claims he provided her with crystal meth and made sexual advances toward her. Dana Reardon, the most recent patient to file a suit, claims he provided her with meth and heroin, forcing her to watch him engage in sex acts with two of his other patients.

20/20 and LA Weekly both reported that Bathum overdosed on heroin and was taken by ambulance from a Malibu motel in December, which he denies. In fact, when questioned during the 20/20 report, he denied all charges and claimed his identity had been stolen. The Los Angeles County sheriff’s department says he never filed a report. He is currently countersuing multiple women who have filed lawsuits against him for libel.

Bathum’s troubles didn’t start at CRLA. Last July, one of his former patients, Julie Hluchota, died of an overdose. Hluchota had entered a Malibu rehab clinic, Seasons, where Bathum was the co-founder and the director. After spending 90 days in the program, she began to work at the facility and relapsed just two months later. Hluchota alleged that Bathum made unwanted sexual advances toward her, which is denies.

Just how does a convicted felon without a degree or credentials open and run a chain of sober living facilities and rehab clinics, preying upon young women in the most dire of conditions?

Kenneth Whoridaz Whitfield has a lot to say about it. The 46-year old military veteran has been in recovery since 1993 and has been sober for the past six years. He shares that he made some bad decisions and relapsed in 2008, serving time in County and as a result, awakened to what recovery really is and what it isn’t.

“People in the Inland Empire, San Bernardino, and other areas aren’t as affluent,” he says. “They might not have as many resources other than 12 step-programs. It was a real culture shock when I arrived in LA in May 2010. After I was incarcerated, I got clean and sober, thanks to the VA in West LA and Henry Waxman who was committed to staying on top of things to get veterans the best care possible,” he shares. “My experience at the VA wasn’t perfect but they did the best with limited resources and I’m back to being a productive member of society.”

Following his time at the VA, Whitfield got into the field of recovery, managing a sober living facility in Mar Vista and working in marketing for another facility. When his last contract was up, he says he “didn’t like the direction the treatment world was going.”

The U.S. is the most addicted country in the world, he says, and the consumer of 90 percent of prescription drugs worldwide. As a result, the addiction treatment centers and rehab have become a multimillion dollar industry. “Until society looks at prescription and illegal drugs as drugs anyone can get addicted to, nothing will change,” says Whitfield.

He continues, warning, “Big names in rehab are just about making money. It’s easier to get a license as a rehab owner in California than it is to get a contractor’s license. If you have a felony record, you just have to write to the governor. Doctors who have had their medical licenses revoked can open clinics and rehab facilities. There’s no process to make sure they are legit and they are given carte blanche to scam insurance companies.”

What can be done to change the broken system?

Whitfield points to the Governor. “When it comes to this issue, he’s dropped the ball. He needs to put his foot down and say if you’re a sober living facility, you need to be non-profit,” he advises. “The East Coast has far more regulations. In New York, New Jersey, Pennsylvania, they don’t have this stuff going on. To open a treatment center there, you have to get a license like a hospital or mental health facility.”

If someone owns an outpatient treatment clinic, he or she should not be able to open a sober living facility and the facilities need to be licensed, he suggests. There should be some oversight and regulation to check up on non-licensed employees handing out medication, as well. Residential treatment centers must have doctors and nurses present to provide the level of care necessary.

Substance abuse and addiction come at a tremendous cost to individuals, families, and society. As the need grows for rehab and sober living facilities, it’s crucial that we don’t allow unscrupulous entrepreneurs to take advantage of Californians in the most dire straits. California should follow the lead of other states that place more restrictions on who can open and operate facilities, as well as how the facilities operate.

(Beth Cone Kramer is a successful Los Angeles writer and a columnist for CityWatch.) Photo: LA Weekly. Edited for CityWatch by Linda Abrams.