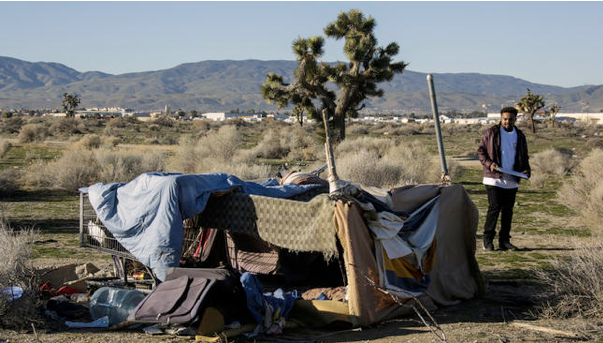 DEEGAN ON LA-Immediate access to one-half billion dollars from the state’s Special Fund for Economic Uncertainties is the goal of a motion introduced on Tuesday, June 14 by Supervisors Mark Ridley-Thomas and Sheila Kuehl seeking a resolution from the Legislature asking the Governor to declare a state of emergency due to the homeless crisis. The Board of Supervisors unanimously passed the motion.

In addition to the action by the Supervisors, the County’s multi-pronged State advocacy effort to combat homelessness includes an online petition urging Governor Jerry Brown to declare a state of emergency in California to address this growing humanitarian crisis throughout the State, by indicating to lawmakers the need for a concerted effort and more resources to end homelessness.

If the Governor declares a state of emergency, it will open the door to various funding possibilities that can immediately help LA County, where nearly half the state’s homeless population lives, deal with our homeless issues.

Stay with CityWatch for ongoing comprehensive coverage of this developing story.

(Tim Deegan is a long-time resident and community leader in the Miracle Mile, who has served as board chair at the Mid City West Community Council and on the board of the Miracle Mile Civic Coalition. Tim can be reached at timdeegan2015@gmail.com.) Edited for CityWatch by Linda Abrams.