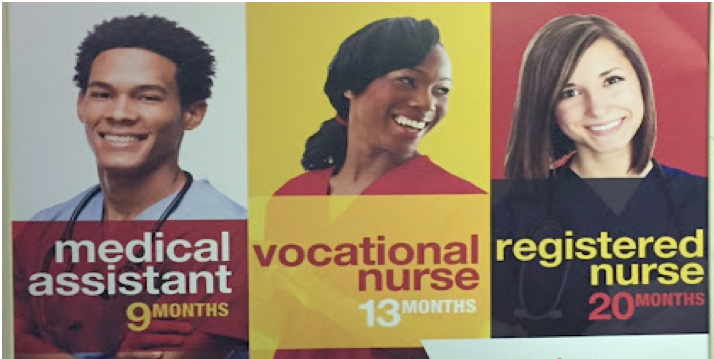 UNINTENDED CONSEQUENCES-Legitimate cases of racism can be big and galvanizing. They can also be small, subtle and potentially cause greater harm to more people. You probably heard of the big one swirling around City Hall last week, and most likely missed the small one on your morning commute.

The Los Angeles City Hall speaker card, at 5½ x 8½, is the stuff of mundane bureaucracy. It is used by members of the public to let city officials presiding over their many daily Council, Committee and Commission meetings know that someone wants to be heard on a given agenda item, or many agenda items, sometimes in confrontational but Constitutionally protected tones.

While Herb Wesson, the City Council president with a genuinely warm soul, has implemented dictatorial, and perhaps illegal, ways to suppress public criticism (a subject about which I may write in the future), neither he nor anyone else deserves what happened to him a week ago.

One of those cards was intentionally submitted with brutally hurtful, racially tinged words and images at a Committee meeting chaired by Wesson, the first African-American to serve in that capacity. It was submitted by a vociferous gadfly infamous around City Hall for expressed opinions consistent with this sentiment over the past few years, although this appears to be the first time that any were labeled by city officials as a threat. Whether the gadfly committed a crime in doing this will be determined by LA District Attorney Jackie Lackey, also an African-American.

Hurtful as the content may be, its author is an attorney well-versed in pushing the limits of free speech -- a subject in which the city has a losing record in recent civil cases. So making that case may be more challenging for Lacey than it appears. Regardless, the author immediately became the subject of negative media exposure, scathing social media criticism and potentially, a review by the California Bar Association.

On the red line subway, several hundred feet below City Hall, is where you will find a more subtle, and possibly more harmful, long-lasting racist message. And it jumps at you if you take a second look. 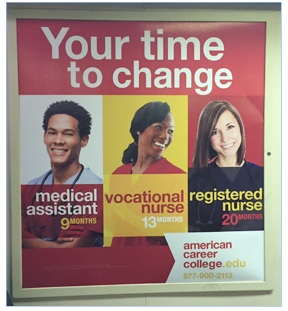 Depicted in an advertisement from American Career College are three good looking young faces. In the first photo on the left is an African American male, under whose image is “medical assistant – 9 months.” The center photo is an African American female, with “vocational nurse – 13 months.” And on the right is either a white or Latina female that says “registered nurse – 20 months.”

While this messaging, under the banner, “your time to change,” was probably not intended to suggest a limited potential for black men, it does precisely that because the ad’s progression shows both a black woman and a woman of another race going further in their education. This is what the phrase the soft bigotry of low expectations, is all about. It’s a term whose coining is attributed to Michael Gerson, ironically a white, Evangelical conservative Republican with Jewish roots, and speechwriter for George W. Bush, who used it in a 2000 speech to the NAACP.

It is more likely a case of ill-conceived branding. Really bad branding. But someone looking at it and reading it, perhaps a young person of color, or not of color, might internalize its message forever. This could cause far greater harm than a City Hall speaker card.

While American Career College could not be reached for comment, its Yelp reviews and cost, topping out at a whopping $66,525 for some Associates degrees, suggest that it is also a really bad choice for anyone seeking a better future. For a sliver of that money, they may find doors can open more widely by pursuing their education at Pierce College, Los Angeles Valley College and Los Angeles City College.

(Daniel Guss, MBA, is a writer who lives in Los Angeles and blogs on humane issues at ericgarcetti.blogspot.com. He is an occasional contributor to CityWatch. The views expressed are those of Mr. Guss.) Edited for CityWatch by Linda Abrams.