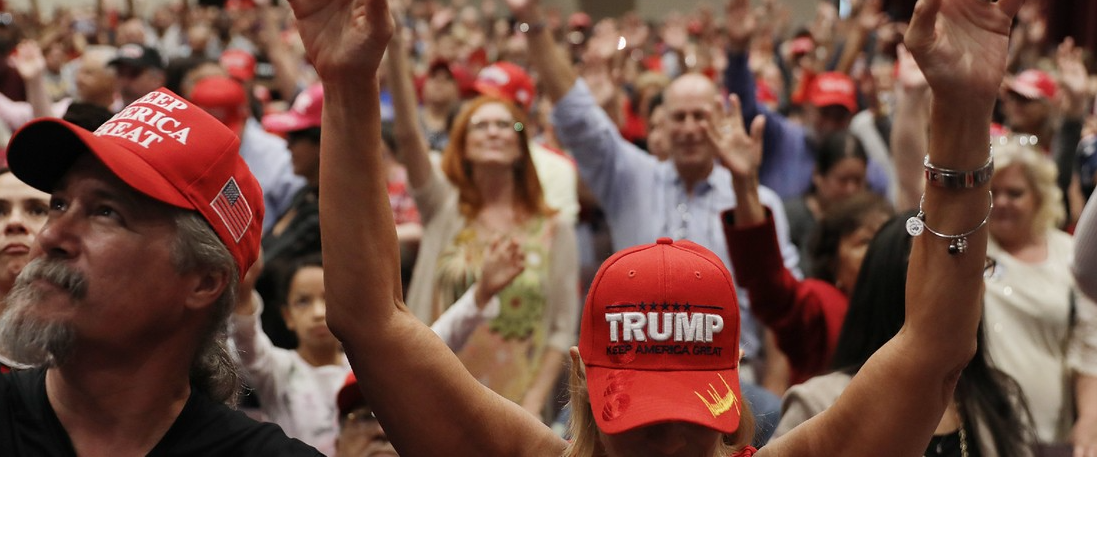 SAY WHAT?-This week, YouTube announced that Right Wing Watch, which monitors far-right disinformation, conspiracy theories and violent rhetoric, was inexplicably banned from the site for "violations of its community guidelines" because YouTube, or the robots who come up with their algorithms, evidently can't distinguish between exposing rabid extremism and championing it, which must be why they still allow all those white supremacists to spew their racist, hateful drivel on their righteous platform. Launched in 2007, RWW is run by the non-profit People For the American Way, founded in 1981 as a liberal counterpoint to the unholy bigots of the Moral Majority.

For years, RWW has waded through the fetid swamp of America's fast-growing neo-Nazis to post, with explanatory disclaimers, thousands of clips of the raving likes of Pat Robertson and Alex Jones; their unmasking of Jones’ mad-dog, redundant rhetoric on InfoWars - "Navy Unit Forced To Take Part In Mandatory 'Diversity Hike' Waving LGBT Flags" - was key to YouTube booting him off. Still - irony-mixed-with-exquisite-hypocrisy-alert here - many of RWW's clips came from longer videos by fascist groups who somehow still appear on the platform to spout their bilge. By the time of Monday's suspension (for an 8-year-old clip), RWW had largely moved away from YouTube to post on Vimeo and other sites, but the ban erased a deep archive of reporting on right-wing extremism. They appealed the move, the appeal was denied, RWW announced the news, many raged online at the duplicitous censorship genie, YouTube said oops this was "a mistake by our reviewers" and reinstated them, again proving the efficacy of speaking up. Still, there was more raging about the arbitrary, over-reaching power of media behemoths: "That's a very PR way of saying our algorithms suck and trend towards white supremacy," "Oopsie, we made a wittle fucky wucky for the 50th time this week," How about you redeem yourself by removing *actual* white supremacists?" In a statement, RWW director Adele Stan said, "We are glad (YouTube) recognizes our position that there is a world of difference between reporting on offensive activities and committing them," but she also urged them to revamp their long-opaque policies: “Something is clearly wrong (when) the whistleblower is banned while the source of the offense remains on the platform.”

It took just hours for the drama to play out. Still, it's the Internet, and news of the ignoble fall of Right Wing Watch spread like the purported gospel among Evangelical yahoos who've long and profitably, if reluctantly, served as some of their avatars of bigotry, paranoia and, let's get real, raving madness. End Times conspiracy theorist Rick Wiles kicked off his "TruNews" program by giddily celebrating their lofty if delusional triumph. "Let me make this very clear," he boomed. "Jesus Christ shut down Right Wing Watch, not YouTube. Amen. This is an example of God working through unsaved people (to) carry out His vengeance against those who attack and smear his servants. I didn't have to lift a finger against them." In response, though they'd mostly moved to other sites, RWW noted "it seems fitting to use our newly restored YouTube channel" to host Wiles "prematurely celebrating (our) demise." Another of their faves appearing in newly posted clips was homophobic, excitable Tennessee "pastor" Greg Locke of the Global Vision Bible Church, who got some dubious publicity after the COVID death of a congregant who'd believed his claims the virus was fake, vaccines held aborted fetal tissue and, as outlined in an apoplectic Facebook rant about the "Nazi Skippy" at Dunkin' Donuts who asked him to wear a mask - thus prompting him to threaten to "kick your teeth down your throat” - masks are "a compliance device" and the most evil thing to come between you and the Lord. Anyway, too bad about COVID but God sent it and Locke is back screaming entirely lucidly about secret tunnels under the Capitol used for child sex-trafficking by liberal pedophiles and "God's about to bring the whole house down" on "these bunch of child-groping, sex-trafficking mongrels" like "Fraudulent Sleepy Joe who ain't no better than the Pope and Oprah Winfrey and Tom Hanks and the rest of that wicked crowd," also He'll "expose Kamala Harris as a "Jezebel demon" and Hunter Biden "and the rest of them bunch of crack-smoking perverts" and "when they impede our 1st Amendment rights we'll meet 'em at the door with our 2nd Amendment rights because this is the United States of America!! Is there a witness in the house?! I have a president and his name is Donald J. Trump!!" "So, a totally, totally normal Sunday on that side of the realm," noted one viewer who among a gazillion others wondered if this "carnival barker" is paying taxes yet. "Jesus would be so proud." Witnessing the lunatic "Jonestown finale" of so-called Christian zealots - thanks RWW - many veer from bemusement to terror, admitting they "love laughing at these psychos" until they realize "they're probably going to murder people before too long." "This," tweeted an appalled Rep. Ted Lieu, "is where the GOP is headed." Can we get an Amen?

It's Sunday, so radical right-wing pastor Greg Locke is using another church service to rant about communists, pedophiles, and the election, which he continues to insist Trump won. pic.twitter.com/iZS5DDFhcr

(Abby Zimet writes for CommonDreams.org … where this piece was first posted.)