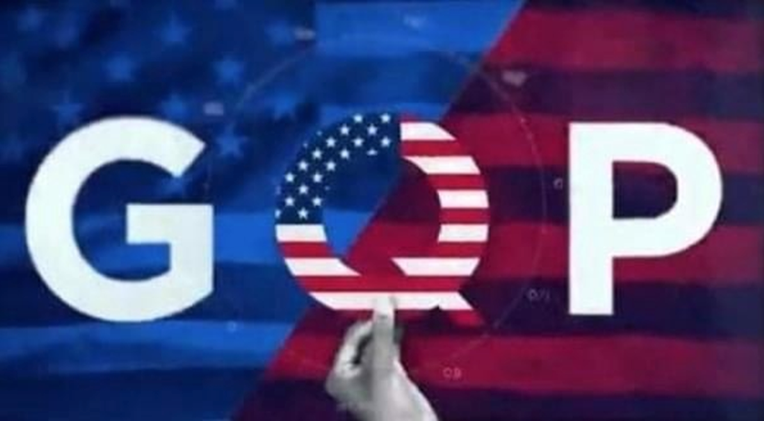 MEDIA WATCH--One of the biggest “whines” from conservatives is their response when people of common sense require accountability for the actions and rhetoric of the last 4 years, especially when it comes to their attempted coup of our government and their wanton demand to murder elected representatives. Those that are whining are typically trumpers, demanding that we just forget about everything and when you object, they say “I thought you wanted unity.” When you quote the late Rep. John Lewis’ statement of “No Justice- No Peace,” their response is “so you just want to go on bickering.” This is where the Republican Party stands today, refusing to acknowledge that they did anything wrong and continue to do wrong, while making a passive aggressive way to “try” to blame the Democrats for not buying into their crap.

Even now, trumpers are supporting trump. All you have to do is go to any of their rather pathetic websites and you will see that they are ignoring the insurrection, violence, and deaths of police officers and STILL making up reasons why they think trump is in Florida trying to act like a president. That there are around one third of the country that is THAT sick and twisted should be shocking, but after the last 4 years we have learned that guilt and shame mean nothing to the trash that follows trump.

We have grown tired of saying “they would never have stood for this if it was Democrats that did it” because they absolutely require that Dems follow the law while trump and the Republicans can be lawless.

A Vanity Fair article entitled: REPUBLICANS CAN’T BELIEVE DEMOCRATS DON’T WANT TO WORK WITH THEM JUST BECAUSE OF THE GUNS AND THE DEATH THREATS AND THE CRACKPOT CONSPIRACY THEORIES pretty much states why we have ZERO interest in working with these crazies:

“While there’s been a lot of talk lately about “partisan rancor” and claims, by the GOP, that Democrats talk a big game about unity but then refuse to work across the aisle, the left is actually in the unique position of having to explain to the world that it’s not simply angry at the other side over ideological differences but because of the fact that it feels like Republicans are literally a threat to their lives. “The enemy is within the House of Representatives, a threat that members are concerned about, in addition to what is happening outside,” Nancy Pelosi said at a news conference on Thursday. That statement might’ve sounded over the top if you had no idea what’s been happening in Congress of late but was actually entirely appropriate given the violent coups, the guns, and the calls for Democrats to be killed. According to The Washington Post, some Democrats have purchased bulletproof vests and sought other protective measures against Republican colleagues they believe can’t be trusted — an entirely reasonable response given what and who they’re dealing with.” 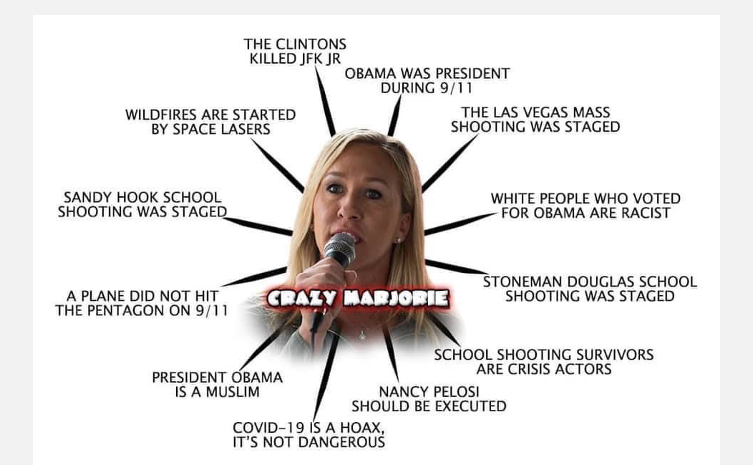 You Can’t Reason with the Insane

While it’s believed that the Qanon crazies only represent a very small number of those supporting trump, the rest of them follow along with many of the conspiracy theories. Reading them are enough to make you vomit; knowing that there are THIS many people that are stupid and gullible. I have said it in the past, trump gave the idiots a voice, allowing them to feel like their racism, bigotry, and hate have a place. But anyone that studies this disgusting segment of the less-than-human knows that they have to have a steady diet of hate to keep them going Making any attempt to reason with them makes them angrier. They ignore facts, calling the fact-checkers liberal hacks and have a great disdain for anything scientific, intellectual, or educational. In other words, they love to roll in the $hit of their beliefs and say that it’s the rest of the world that is wrong.

The video played at the Senate Impeachment hearings is a visual of exactly how horrid these people are. Their attack on our Capitol was not only directed by trump, but it was pre-planned and participated in by some in law enforcement and the elected officials. Maps and information was circulated weeks ahead and there is a list of the Republican elected officials that took some of the insurrectionists for private tours on January 5th. The tours were noted by many as the Capitol has been shut down for tours during the pandemic. 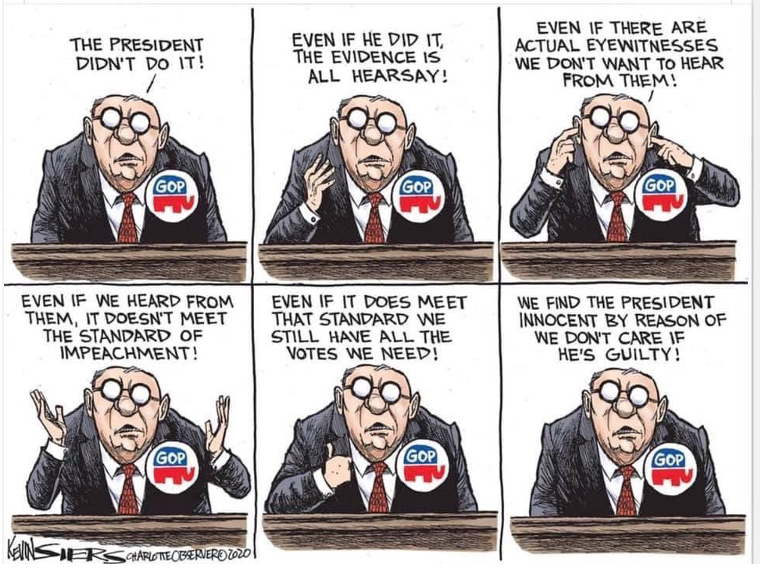 No, We are NOT “One Country”

When one segment of the country not only expects, but demands that they can get away with breaking laws without consequences while requiring total punishment for the rest of the country, we are no longer “one country.” That same segment also threatens that IF they are held accountable and those that broke the law are punished, it will drive an even bigger wedge and cause even more insurrection. That is called blackmail, and it has nothing to do with how the United States was founded.

Republicans in both Congress and the Senate know what trump did and what his supporters did are diversely opposite of everything American stands for. The followers of trump beat a police officer to death with a flag and then call themselves “patriots.” These people need to face the consequences of their actions because once they are arrested, the realities hit some of them and they start to recognize that they are just idiots and fools that blindly listened to a madman.

The elected Republican officials are scared of both trump and his aggressive, violent and insane supporters. They haven’t done the due diligence to see that the continual support of trump will not win them their elections because a majority of the country supports impeaching trump and making those that attacked our Capitol pay a legal price.

Psychologists know that dealing with anyone that has become embedded in a cult is a one-way conversation. Cult members refuse anything that is said to them that goes against their cult leader or the cult philosophy. They will believe anything that the leader tells them, no matter how much of an obvious lie. Cult members continue to make excuses for bad behavior of their dear leader and in turn, believe the lies that are told to them about the “other side.” In the cult member’s world, everyone else is the bad guy. We need only look to the history of every dictatorship to see the very same behavior.

So no, Democrats don’t want to play with those that exhibit traits of insanity, refuse to obey the law, demand that they be excused of illegal behavior while everyone else is punished, and try to murder all that aren’t part of their cult.

Frankly, most of us would like to see these trumpers shipped off to an island where trump could be their king and they could “pack heat” everywhere they want to go. But, we know that this also isn’t part of how our government was founded.

While it is going to take time, the State of New York, the State of Georgia, and even Scotland will take trump down. He is spiraling into oblivion and desperately trying to get his supporters to continue to give him money so that he won’t lose everything.

President Biden has a difficult job ahead of him. I hope he and his administration realize that there is a requirement of accountability for those that have broken the law and that he and they won’t fall prey to the blackmail of domestic terrorists.

(S. Novi is a journalist that worked in the media and continues to seek out truth and integrity. A liberal and one that is suspicious of cults and empty promises.)