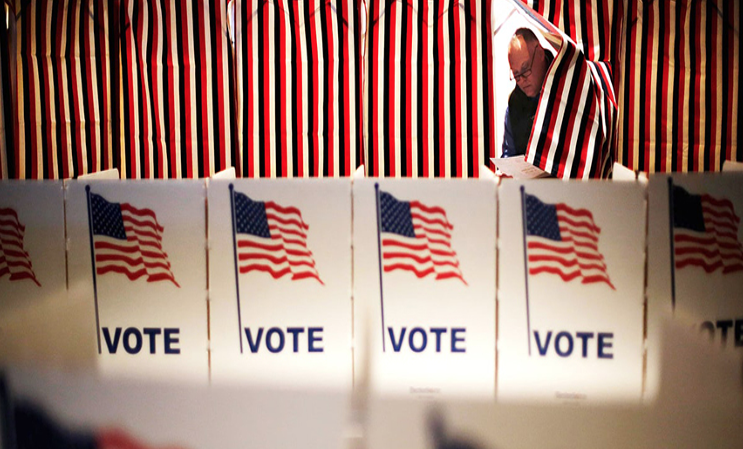 MEDIA WATCH--The Republican Party’s post 2020 state-by-state assault on voting rights has begun with the demand that all mailed-in paper ballots include photo ID.

The Jim Crow racism is beyond obvious. Instead of having to guess, mailed-in photo ID lets election officials quickly identify which ballots came from citizens of color … and then pitch them on the spot. By banning student IDs, they can also eliminate ballots coming from college campuses.

Thus the Nixon-Trump/Atwater-Rove-Bannon Republicans have picked up the KKK burning cross straight from hands of the Jim Crow Democrats.

They’re flooding at least 28 state legislatures with more than a hundred laws meant to undermine American democracy. 2020 taught them that, in Trump’s own words, if people of youth and color could cast ballots and have them reliably counted, “you’d never have another Republican elected again.”

The 2020 election was “stolen” in Trump’s eyes, not merely due to his false allegations about voting machines. What REALLY mattered was that voters of color — black, Hispanic, Asian-American, indigenous — were able to cast paper ballots and have them counted. They came in heavily against Trump and are likely to escalate against his ilk for years to come.

Voters under 29 in 2020 voted at more than 60% to dump The Donald. Had the electorate been only Millennials and their younger Zoomer cohorts, Trump would have lost by more than 400 electoral votes, including in Texas, Florida, both Carolinas, Iowa and more.

So, no Republican will ever consider an election with fair universal access to hand-marked, Vote by Mail, reliably scanned and counted paper ballots to be anything but “stolen.”

Indeed, the whole history of the modern Republican Party (like the race-based Democrats before) has been built on voter suppression. In Georgia and elsewhere, they are pushing bills to:

Many of these bills could be overruled if the massive, extremely complex HR-1 Bill (and its Senate counterpart) would pass the Congress. But with the filibuster still in tact, the odds are dicey.

HR-1 also has its imperfections, among them clauses that could doom nearly all third-parties.

Some 400 pro-democracy bills have also been proposed. But in the key swing states of Wisconsin, Indiana, Kentucky, Ohio, Pennsylvania, New Hampshire, the Carolinas, Georgia, Florida, Texas, Arizona and others, gerrymandered GOP legislatures are poised to beat them back.

The future of any remnant of US democracy might thus depend on the ability of grassroots activists in these key states to somehow override these corrupt legislatures.

It will also ride on grassroots uprisings for state constitutional amendments and other legal means to end gerrymandering altogether, and to establish fair election practices that can’t be trashed by Republicans who so deeply fear actual democracy. Such victories have been won in places like Michigan, Iowa, California and elsewhere.

Winning DC statehood, burying the Electoral College and banning money from electoral politics are also on the agenda.

But the fact remains that the “perfect storm” of decades of dedicated grassroots election-protection work combined with the COVID and other factors in 2020 (and the 2021 US Senate runoffs in Georgia) to produce the most fair, accurate, and truly democratic elections in all of US history. The shock to the Republican Party has been primal. GOP operatives know that without massively restricting the vote and reversing the fair ballot counting that came with digital scanners and paper-based recounts, they are in terminal danger.

Thus, their all-out campaign against all aspects of the democratic process.

The response from the election protection movement must be immediate and forceful. We have just survived a violent attempt to overthrow our democracy. The forces now trying to radically undermine our elections through the state legislatures are quieter, but far better organized and financed.

As a movement we have learned and accomplished great things in this new millennium.

With a coordinated national grassroots campaign, we can enter new realms of democratic fairness the US has never seen before.

Our very survival hangs in the balance.

(Harvey Wasserman co-convenes the Grassroots Emergency Election Protection Coalition Monday zooms at 5 pm Eastern. His People’s Spiral of US History is at www.solartopia.org, along with The Strip & Flip Disaster of America’s Stolen Elections, written with Bob Fitrakis.  Reader Supported News is the Publication of Origin for this work.)