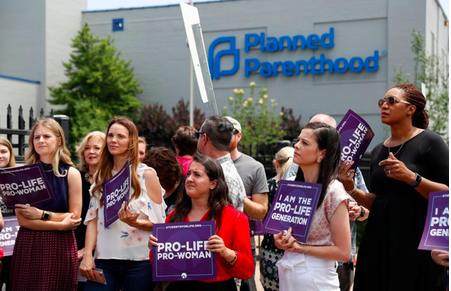 INTEL REPORT--Planned Parenthood will no longer be part of the federal Title X program because of new Trump administration restrictions.

Planned Parenthood will no longer participate in the federal Title X program, which provides family planning services such as contraception to low-income individuals.

The organization reached this decision after President Donald Trump’s administration put restrictions on what groups receiving the money can say about abortion. The new rule, announced in February, said Title X recipients could still talk about abortion with their patients, but it prohibited them from giving people information about where to get an abortion, such as the name of a provider or the location of a clinic.

The Title X program provides $286 million annually to health care providers. Monday was the deadline for grantees to tell the Trump administration how it would comply with the new rule. Planned Parenthood treats more than 40% of the roughly 4 million people in the U.S. benefiting from Title X funding, according to the organization.

It’s not clear how much of a financial hit the organization will take by giving up the federal money.  (Read the rest.)